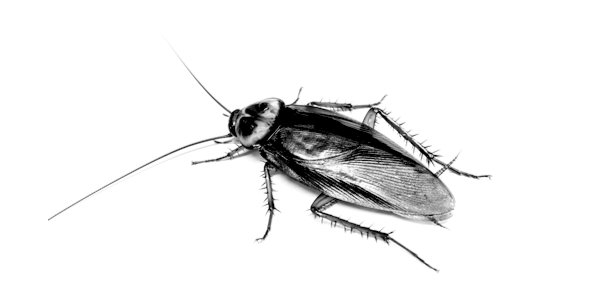 IT WAS not enough that they closed the schools for nearly a year, masked the kids, masked all their family and threatened to inject them with a mNRA vaccine that they do not need: now The Elite are making the kids eat bugs.

The Elite, not satisfied with trashing your finances and leaving the next generation in trillions of debts, have decided that ‘eating meat and milk and eggs is an indulgence we cannot afford’, according to George Monbiot on the Irish state broadcaster RTE.

No meat, no milk, no eggs, no problem – let them eat bugs. This is pushed on kids in particular. The BBC has written about Bug Farm in Wales, the UK’s first edible insect farm: ‘Bug Farm believes encouraging children to try insects could increase their appeal. “Children, in particular, are very open minded, so we believe that working with them is how we can change attitudes in the long term: they are the shoppers of the future,” says Elinor Philp who works at Bug Farm.’

You may have noticed the ‘bugs as food’ fetish has been pushed for a while by the mainstream media, but this is the first time I have seen it pushed on kids, by the BBC, in the form of CBBC Newsround, which is often shown in schools.

Last month TCW reported on a project to introduce insects to the menu in four Welsh schools. This what Newsround says about it: ‘Scientists at Cardiff University and the University of the West of England want to encourage more people to eat insects – particularly young people – so they become a part of our diet. Crickets, grasshoppers, silkworms, locusts and mealworms will be discussed with pupils as lunch time alternatives to traditional meat dishes during special workshops. It’s because bugs are a great source of protein and they’re better for the planet than traditional meats such as beef and chicken.’

And you thought Unvaccinated was bad. The idea that schools would push this bug extremism, part of the climate extremism, on young unsuspecting kids is just, well, disgusting. In the Newsround film, Nice Older Lady tells us while pushing her cricket and mealworm biscuits that ‘children are very receptive, they find it quite exciting [to eat bugs], whereas a lot of adults just go “yuk”.’ That’s because eating bugs is yukky, Ms Nice Older Lady. Bugs are indeed yuk so keep your disgusting cricket and mealworm biscuits away from me, thanks very much.

Have you noticed that every time The Elite want to push an agenda, they roll out The Scientists first? The climate change scientists are like the Sage scientists, and soon we will have food scientists to tell us that there is nothing wrong with eating bugs, your instinctive disgust at eating insects is just a social construct and often a religious construct therefore you should just Get with the Bug Programme. Resist this bug propaganda, dear reader.

The only time kids eat bugs is when they have lost a bet. It is seen as a punishment amongst kids if someone breaks a code or goes against a hierarchy. Eating bugs is indeed a punishment, because there is nothing nice about it, no matter how much protein they may have: it is revolting. It is used to humiliate the offender, in fact the humiliation that comes from eating bugs is the real punishment. It will be a tough job to displace this innate sense of disgust to eating insects, but if I know The Elite, I know they will go all in.

Now we will have Big Food and Big Climate Alarmism, as ever with The Scientists telling us that we must eat bugs to save the planet, to save the poor folks and stop us all burning to a crisp. Eating bugs will be the new wearing a mask – do it or else, and if you don’t do it, you are a bad person.

I believe that a lot of this, the bug eating, the mask wearing, the daring people to believe that the bloke in a dress is a woman, is an attempt by the elite to humiliate the masses. The ordering people to stay at home, the ludicrous notion that ‘men can get pregnant’, the bug sandwich – The Elite don’t believe any of the ideas underlying these actions any more than you do. But they are testing you: you will put the pronouns at the end of your e-mail, you will eat the bug, you will wear the mask, like the greengrocer who put up the sign ‘Workers of the World Unite’ in Communist Russia.