Let this be the year to end mob rule 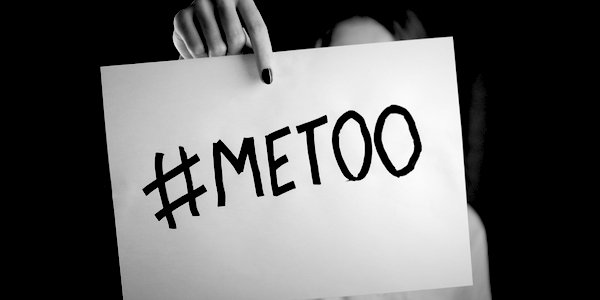 ON the to-do list for the New Year should be to put the mob back in its box. The last few years have seen sustained attacks on values that are fundamental to the West, namely due process, a fair trial and the presumption of innocence. This year we must renew the fight to protect these values from the mob, both online and real.

The #MeToo movement might have had something going for it at first, seeking to right past wrongs and expose powerful wrongdoers such as Harvey Weinstein, but it was quickly hijacked and transformed into an out-of-control mob that saw due process as an attack on equality, the presumption of innocence as a throwback to bygone era and ‘English jurisprudential culture’ denounced by a former Vice-President of the United States, Joe Biden no less, as a ‘white man’s culture’ that’s got to change.

Be in no doubt: they are coming for the very bedrock of the common law and will replace it with lord knows what. There are repeated attacks on the jury system from people who should know better, all because juries will not convict in every single rape trial brought before it, much to feminist anger.

These feminists, armed with their smartphones and wearing their pussyhats, were ready to bring down any man who gets in their way. They denounced those who had not behaved as one might expect on a first date and a Supreme Court nominee with an impeccable record who allegedly made a move on someone 36 years ago.

There was no nuance or grey area for the mob, who literally took to screaming at elected representatives coming out of elevators. There was no such thing as the presumption of innocence to the nincompoops in pussyhats who waved around a yearbook as if it was a bloodied handgun covered in fingerprints. No indeed, once the feminist sisterhood smell blood, or indeed a date gone wrong, they go in for the kill. This has sometimes ended up in the deaths of innocent people such as Jill Messick.

And don’t think that now the feminists aren’t out there, sharpening their pitchforks and lighting their torches. Rosamund Urwin in the Times warns us that #MeToo ‘has more work to do’. https://www.thetimes.co.uk/article/harvey-weinstein-in-the-dock-will-be-a-sight-for-sore-eyes-but-metoo-has-more-work-to-do-ch3crcctg What the headline really means is that #MeToo has more work to do in destroying the lives of innocent men. She explicitly warns us that should Harvey Weinstein walk free after his criminal trial, due to start in New York today, ‘a wave of female fury will engulf the western world.’ Okey dokey, so once a criminal trial takes place she wouldn’t accept any other verdict other than guilty! Let’s just go full Queen of Hearts, shall we? Sentence first, trial after.

Rosamund wants to start a revolution: ‘So let Weinstein’s trial put rocket fuel under the #MeToo movement again. Set to be televised in America on Court TV, it will inevitably be a cultural moment. The question is whether it can be a revolutionary one too.’ Yes, that’s what we need. More fire and fury, more revolution! Then we can do away with these pesky trials altogether! Joy for all! Trust me when I say this isn’t a drill.

Also in the Times, Jeremy Clarkson of all people informs us that ‘last week, my oldest daughter announced that she is now bulking up, ready for the all-out war against men. I’m not quite sure why she’s gone from being a well-meaning feminist to Defcon 1 in a matter of moments, but this sudden escalation has become the norm in the past ten years.’

Clarkson doesn’t go into further detail as to why his daughter wants to go into all-out war against men, other than blaming social media. And I am sure he is right; a lot of hysterical feminists inhabit social media and they seem to have inhabited the mind of this daughter. So naturally she is now ready to go to all-out war with her father, we presume, as well as all the other evil men out there.

So be prepared for the #MeToo Mob to move on to their next victim. It’s time to stand our ground.