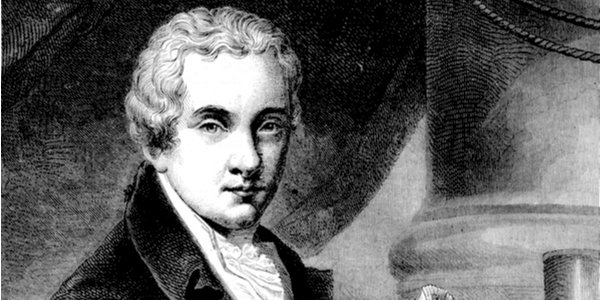 AMIDST the recent Black Lives Matter protests, the evangelical Christian chiefly responsible for the abolition of the Atlantic slave trade by the United Kingdom parliament gets practically no mention.

In today’s terms, William Wilberforce (1759-1833) had very politically incorrect opinions. But without the parliamentary campaign he led as a backbench MP over 20 years to abolish in 1807 the trade in people enslaved in Africa and brutally shipped to the West Indies, Britain would not have led the way to the abolition of slavery itself across the civilised world.

William Hague, former leader of the Conservative Party and Foreign Secretary under the Coalition Government led by David Cameron, wrote a masterly biography of Wilberforce in 2008.

Hague showed how central Wilberforce’s evangelical faith was to his philanthropy. All lives mattered to Wilberforce because he believed all people were made in the image of God and that Jesus Christ came into the world to save sinners out of all nations.

Wilberforce’s faith also led him to abhor revolutionary agitation. He firmly opposed the anti-Christian utopianism of the French Revolution and the terrible inhumanity it unleashed.

In 1797, Wilberforce wrote a widely-read book with a long title: A Practical View of the Prevailing Religious System of Professed Christians, also called Real Christianity.

Here are some quotes from it:

‘The distemper of which, as a community, we are sick, should be considered rather as a moral than a political malady.’

‘I would suggest that faith is everyone’s business. The advance or decline of faith is so intimately connected to the welfare of a society that it should be of particular interest to a politician.’

‘What a difference it would be if our system of morality were based on the Bible instead of the standards devised by cultural Christians.’

‘It makes no sense to take the name of Christian and not cling to Christ. Jesus is not some magic charm to wear like a piece of jewelry we think will give us good luck. He is the Lord. His name is to be written on our hearts in such a powerful way that it creates within us a profound experience of His peace and a heart that is filled with His praise.’

What led Wilberforce to see the evil of the slave trade and the institution of slavery itself was his right reading of the Bible. Many professing Christians in Britain and America in the 18th and early 19th centuries defended the institution of slavery on the grounds that the New Testament contains commands to slaves to obey their earthly masters (e.g. Colossians 3v22-25, Ephesians 6v5-8).

But Wilberforce realised that the institution of slavery belonged to a fallen world ruined by mankind’s decision to rebel against the good and loving God who created us.

Slavery was an unavoidable fact in the Roman Empire of the 1st century AD, when the New Testament was written and the early Christians had no political influence.

But because slavery attached to the Biblical doctrine of the Fall and not to God’s original intention in Creation, Christian nations had a duty to abolish this cruel man-made institution where they had jurisdiction. By contrast in Wilberforce’s thinking, the God-created institution of heterosexual marriage attached to the doctrine of creation and therefore should be cherished.

It is a sad indictment of the anti-Christian bias of the socially Marxist political, media and educational establishment in this country that such a great British evangelical hero is left uncelebrated.