Let’s be nice to each other 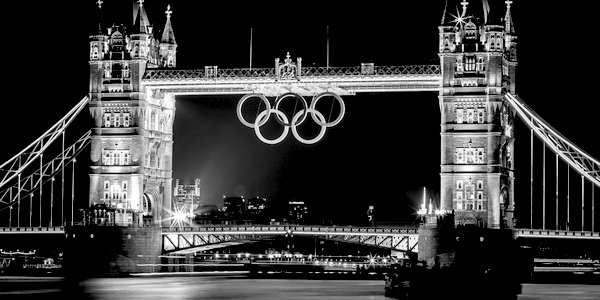 I’M usually wrong, but I suspect the two main political parties are about to collapse under the weight of their complications.

Good. There are aspects of each philosophy I like and I’m hoping that a more fitting range of political options will emerge. Eventually there will be the usual merger and acquisition activity and the market will consolidate into a divisive duopoly again. But surely that creates a window where people can learn to co-operate and respect each other.

Mind you, I thought New Labour was going to be a good compromise, so clearly my judgement is not worth following.

However, if my logic is right (that’s a big if, mind) then at some stage we could see bitter enemies coming together in parties, working alongside each other, recognising each other’s qualities and respecting their differences.

Call me a sentimental fool, but I want to go back in time. No, not to the 1950s, as Left-wing cynics would assume, but to 2012. Looking back, I think the summer of 2012, when we hosted the Olympics, was a golden age. Everyone seemed to come together.

It’s amazing how social media has poisoned the well since.

Back then, there was a mass acceptance that you could take pride in your own country and support your compatriots as they competed against other nations. Amazingly, you could want your country to succeed and still avoid accusations of populism, nationalism and dog-whistling. We competed with each other, but with mutual respect.

Today, if you celebrate something nice about your country, your name will be twittle-twattled into oblivion by extremists before you can say David Lammy. A sanctimonious torch-bearing mob will misquote the history of the Weimar Republic. Ironically, though, they will recreate 1930s Germanic mob rule culture with perfect accuracy.

Good grief. How can we reverse this race to the bottom?

Wouldn’t it be great if we could enjoy a sporting encounter without some Hitler-junkie linking your joy to Brownshirtery?

Don’t laugh, but I think we could rebuild the co-operative spirit of the Olympics.

We should start by appreciating the qualities of people who we might not necessarily trust with the levers of power, but are otherwise pretty decent in spirit.

I don’t want him as Chancellor of the Exchequer – it’s not that bad! – but he’s got the right instincts.

His politics might be based on unrealistic assumptions about human nature and economic logic, but he’s a decent man for all that. I admire his courage and integrity in the way he’s confronted human rights violators. He had me when I saw him in a gay rights protest in Moscow. I remember thinking, ‘What a nutter!’ That man has bottle. I loved his attempt single-handedly to interrupt a state visit and confront Robert Mugabe.

We should cherish and love him – just don’t let him anywhere near the levers of power. He would make a magnificent guard but we don’t want him driving the train.

Once when I was trolleyed I saw him on the Bakerloo line and told him all this.

I quite like Julie Bindel too. Yes, she says things that make a man cross his legs. But my goolies are still there, and she’s probably just venting a bit. And to be fair, Bindel and Tatchell have both slowly changed attitudes in their long careers. You need a huge amount of commitment and tenacity to salami-slice away people’s prejudices.

Neither do I hate Remain voters. I can see their points on some issues. I just don’t have their blind spot for embezzling bigots just because you need sub-titles to understand their insults.

I love Left-wing people. Dammit, since I fell ill I’ve been forced to live with my little sister, and she is a fervent Corbyn fan. I love her to bits, but obviously I’ve lost part of her to the the cult of the Moony Left.

Is it just me? Do you have a secret crush on a Left-wing fundamentalist? Do you secretly admire Margaret Hodge?

Maybe it’s Brexit fatigue or my illness, but I’m really sick of the divisions in Britain. I’d much rather people were constructive in their criticism.

One of the reasons I can’t stand the EU is they seem such an ugly obnoxious bunch, constantly insulting us. By extension, we should never expect to make progress if we constantly label everyone who disagrees with us as Remainiacs, posers and snowflakes.