Let’s get out before Italy falls on top of us 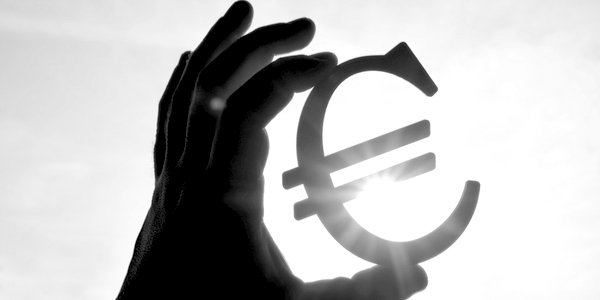 IT’S all change in Italy! And so, despite the Brexit row, Brussels is in celebration mode. Matteo Salvini, the EU’s bête noire and dissident-in-chief, has finally had his comeuppance. Italy’s erstwhile deputy prime minister has rolled the political dice and lost. The boss of the populist League party gambled on a general election being called when he withdrew his party from its governing alliance with the anti-establishment 5-Star Movement (M5S). It has not worked out as he had hoped.

After fourteen months of power-sharing, it was disagreements over illegal immigration, the building of a high-speed rail link and next year’s budget bill that finally sank the coalition government. Salvini had had enough and, given his party’s growing popularity and its success in winning Italy’s European election, he gambled on forcing a new general election. This is not going to happen – for the time being, at least.

Italy does, however, have a new government. Yes, another one! And not for first time it is one that is both unelected and somewhat tainted from the start. A determination to keep Salvini, Italy’s most popular and most euro-sceptic politician, out of power has triggered what the Telegraph’s Ambrose Evans-Pritchard has described as a ‘Faustian bargain’.

The anti-establishment M5S part of the previous government has decided now to share power with the centre-left Democratic Party (PD), its longstanding and, in its eyes, thoroughly discredited enemy from Italy’s political establishment. Only a vote of M5S members can now stop it.

And because this is Italy, the new government has decided to keep the same prime minister, Giuseppe Conte. He is a law professor who had never held political office before his appointment as prime minister in June last year. His reappointment provides the continuity desired by the M5S but not the fresh start sought by the PD.

Imagine a new Labour-SNP government backed by rebel Tories being formed and deciding to retain Boris as prime minister. Impossible, of course, but less so in the parallel universe of EU politics! The admiration of Remainers for other European states is not always very soundly based.

The political landscape in Italy is, of course, different from the UK. Conte is, at the very least, Brussels-compliant. Did Boris Johnson’s decision to vote for Theresa May’s Brexit deal make him, at heart, any less compliant? Brussels would love to see Boris morph into a Conte Mark 2. We shall see.

Brussels, doubtless, would like to consider that the ‘Italy problem’ is a problem solved. It should think again. As Evans-Pritchard points out, Salvini will likely be more dangerous out of government than in it. The new administration faces insurmountable problems as a consequence of its EU membership. Its economy, the third largest in the eurozone, is sclerotic and has not grown since the introduction of the single currency.

In economic terms Italy is in a blind alley. Amongst Europhiles, especially our own Remainers, there is an inclination to believe that, even though national sovereignty is pooled, individual member states can still make choices. In matters that count, however, they cannot.

Italy’s debt ratio of 133 per cent is unsustainable if it does not become a shared debt for the whole of the eurozone. This is not going to happen. Germany, in particular, is unwilling to pick up the tab for Italy’s historical profligacy.

One way or another, sooner or later, if it is to survive as a viable economic unit, Italy will be leaving the euro and devaluing. This will not be a matter of choice. It will be forced on the country.

There will be enormous opposition, of course, from within Italy and from within the EU. The political fallout in Italy and in Europe will be massive. It will be Salvini’s great good fortune if he is able to stay out of office when this happens. He will then be able to present himself as the new Messiah – the saviour of Italy. Being in opposition ‘is a win-win situation for us,’ opined Claudio Borghi, the League’s economics spokesman.

In the short term, however, nothing will change. Sclerotic Italy will remain sclerotic Italy even though, on the surface, everything does seem to be changing.

Anyone seeking to understand Italian politics should read that literary masterpiece, The Leopard (‘Il Gattopardo’) by Giuseppe Tomasi di Lampedusa. It chronicles the creation of the unified Italian state in 1860-61 from the perspective of a Sicilian prince, the eponymous ‘Leopard’.

Published posthumously in 1958 it brought a new word –‘gattopardismo’ – into the Italian language. The word aptly describes Italian politics today and in the past. It draws its meaning from a statement by Tancredi, the prince’s nephew: ‘If we want everything to stay as it is, it is necessary that everything changes’ (Se vogliamo che tutto rimanga come è, bisogna che tutto cambi).

There is nothing to add, except that the clock is ticking for Italy and, consequently, for the EU in its present form. It is more urgent than ever that the UK escapes before the entire EU project falls off the cliff.