Let’s kick out our hollow obsession with sport 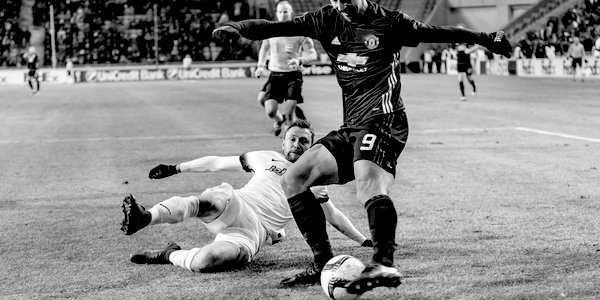 IS there a topic duller than sport?

Many a festive period I have found myself sliding slowly under the lunch table with boredom, alcohol greasing my descent. I have nothing to add to the endless rumour of transfers, of who’s got the best backhand or of which team might win whatever championship.

Most annoying is the use of ‘we’. ‘We’ almost won the Champions League, someone might claim, their contribution to the cause being a Sky Sports+ subscription or buying an overpriced piece of merchandise, the profits heading to some Arab sheikh or Russian oligarch.

I know I’m fighting a losing battle. Sport is everywhere. Its championships, medals and cups stand atop our society’s achievements. In a world which forever bangs on about the trivial, sport is king.

The problem isn’t that sport is not important or good, or worthwhile – I’m partial to occasional physical jerks myself – but rather that it is the most ephemeral of pursuits and one that has come to dominate.

It doesn’t actually lead anywhere, except around a giant roundabout. Every championship is followed by the next. And despite the heightened emotions people attach to it all: it’s just a game.

The emetic-like monologue that accompanied the BBC New Year’s fireworks served as a timely reminder of this infantile passion. Indulging in an absurdly theatrical delivery of mindless rhyming couplets (including the unforgettable ‘Our star, Emma Raducanu, won the US Open – TEE! – she’s only eighteen!’ Seriously, who writes this drivel?) we were told what a fantastic year it had been and what ‘we’ had achieved.

Naturally ‘we’ had ‘our NHS heroes’ and the like (peace be upon health care), but apart from that mandatory kowtowing to the false idol of state-provisioned medicine, it was all sport, sport, sport.

Of the eight towering achievements listed, six were either sporting achievements or deeds done by the sport-inclined. One great feat was Tom Daley knitting a cardigan: undoubtedly a highlight of 2021 for many. Elsewhere we had the Three Lions, Paralympic medals, and Saint Marcus Rashford’s good deeds.

Perhaps it’s anachronistic of me, but I can’t help but look back at the people society used to lionise. Once we had explorers, inventors, engineers and warriors, today we have those who feel qualified to opine on every social issue by virtue of being able to kick a ball. It’s a suitable reflection of our continued descent into societal mediocrity.

If only it were just sportsmen. The Establishment loves to take its political cues from the most mundane minds of actors, comedians and musicians in one giant feedback loop of loathsome wokeness.

It’s all particularly peculiar when one bears in mind that we are forever enjoined to ‘trust the experts’, or are asked, in snootiest tone, dare we venture to utter a non-Establishment opinion, whether we are qualified or expert in the matter at hand. Yet at the same time, the commentary of a sporty-type, should they reach the requisite level of fame, is treated as if uttered by the gods.

I have many wishes for 2022. One of them is that we hear an awful lot less about the deeds of self-aggrandising sports celebrities and their almost invariably inane opinions. Obscenely overpaid and mollycoddled, there is scarcely a group of voices in the land I want to hear less.

They are just another scion of the hyper-rich and hyper-privileged class, who nevertheless can only find fault in their gold-leaf existence and of the world around them that made their indulgent lifestyles possible.

Yet I won’t hold my breath. Despite the relentless rise of the alleged ‘professional’, we seem to be forever more subjected to the specious utterings of mediocrity.