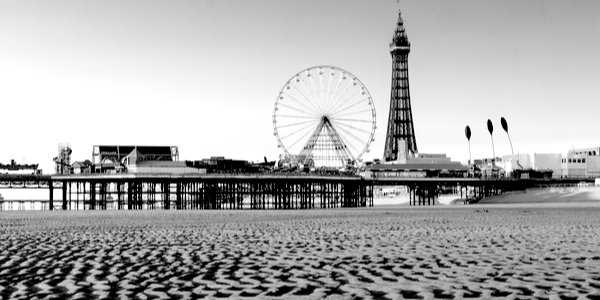 It’s difficult to be neutral in the culture wars these days. Events last week in Blackpool provided a neat vignette of the times we live in.

As in many other places, there is an annual Gay Pride jamboree in the town. This year it was on the weekend of 8-11 June; as it had done before, the bus and tram company Blackpool Transport (a wholly-owned subsidiary of the council) gave the celebration its blessing and obligingly provided a bus, garishly decked out, to act as one of the floats in the grand parade.

So far so good. Payback time came a month later. In and about this coming September, an event known as the Lancashire Festival of Hope takes place. Organised by a coalition of evangelical Christians and local churches of various denominations, it consists of rallies, prayer walks, and Christian life and witness teaching for young and old. Publicity was (and is) considerable, and it included banner ads on the sides of Blackpool’s buses and trams. Or rather: until last week it did. The problem was that one of the elements of the festival was to be an address in the Winter Gardens from Franklin Graham, the evangelistic preacher (and son of Billy Graham) who is strongly opposed to homosexuality. LGBT activists were not impressed and organised a concerted protest to Blackpool Transport. The result was an abject apology from that body for even thinking of accepting advertising from the Festival of Hope, and a promise that not only all ads for the event would go, but that to protect the citizens of Blackpool from ‘heightened tension’ and to avoid causing offence, any vehicles carrying them would be taken off the road and kept off until they were expunged.

This is depressing. For one thing, even though technically Blackpool Transport is a private company with no duty to be even-handed, one suspects an element of one-sidedness here, in contrast to an altruistic desire to promote social harmony. In a conservative town such as Blackpool it is a fair inference that a number of people, Christian or otherwise, are less than happy at a brazen in-your-face display of sexuality, which is what a Pride parade amounts to, taking over the promenade. It would be interesting to see the reaction of Blackpool Transport and the council that oversees it to a complaint that it was providing a float to, and thereby advertising and promoting, an event that distressed those people. Don’t hold your breath on that one.

More to the point, it neatly shows up the extraordinarily illiberal attitude of the LGBT zealots to anyone who doesn’t share their world view. For public consumption, their stance is live and let live: let people of all flavours and sexualities live together, get on with their lives and enjoy themselves provided they don’t hurt anyone else. That is how they have achieved what public sympathy they enjoy at the moment.

The Blackpool episode shows them in their true colours, which seem to be an aggressive ‘if you’re not with us you’re against us’ fundamentalism, mixed with a willingness to take steps to suppress any view they disagree with. And this combines with the lack of any serious sense of proportion. Although the kind of Christianity represented by the Festival of Hope isn’t everybody’s cup of tea, most of its events seem entirely innocuous. Even LGBT activists presumably don’t object to witness teaching and prayer walks. The only feature they object to is Franklin Graham (who, to be fair, lacks much of the charm and tact of his father, but that is by-the-by). Yet, for all the world like some Eastern European censor, they demand that Blackpool Transport pull all advertising of the entire event – and thereby threaten its success – because it features this one speaker.

And, of course, they succeed. Unfortunately vast numbers of bodies, whether from feelings of guilt at alleged past oppression or from a desire of middle management for a quiet and uncontroversial life, give in to these Taliban-like tactics. That’s how we are losing our social pluralism: not with a bang, but with a whimper of obsequious apology from organisations desperate not to offend anyone who threatens to kick up a fuss.

Share
Facebook
Twitter
WhatsApp
Email
Previous articleMemo to Leftie Becca: There’s a line between disagreement and incitement
Next articleIt’s not press freedom at stake over Sir Cliff, it’s the rights of an innocent man