NewsPaperthe art of publishing
HomeNewsLiam Fox MP: No one has a right to compromise the safety of...
25

Liam Fox MP: No one has a right to compromise the safety of the people of our country 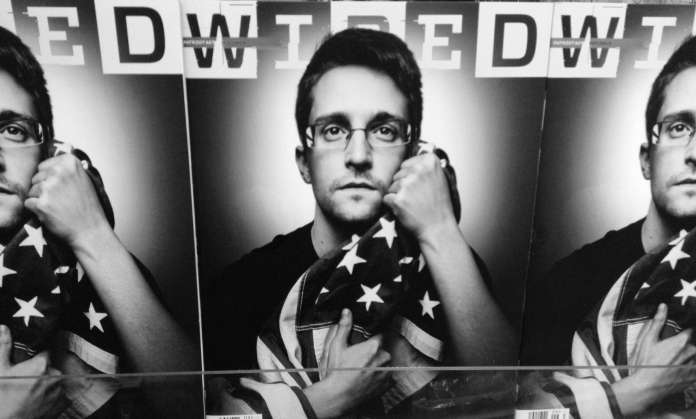 It is unfortunate that the issues surrounding disclosure of the documents stolen by whistleblower Edward Snowden from the CIA should have occurred at a time when the British media is particularly neuralgic about the role of the authority of the state.

This is in part a result of the lobbying bill and the new regulatory system proposed for the press. It is important that we do not conflate these two issues which are both of enormous importance to the way in which we conduct free and democratic societies in a world of unpredictable and potentially life-threatening risk.

There are two separate debates to be had here. The first is about freedom of expression and whether it is reasonable that the Internet should be treated differently from the printed press. Many believe that any regulatory framework will only further handicap an already weakened industry and will have the effect of making the unregulated, and possibly uncontrollable, internet more powerful whilst, at the same time, largely uncontrollable.

The second debate is about the right of the security services to penetrate our internet and other communications as part of the role to keep us safe from terrorist or criminal threats. There is legitimate concern about the appropriate level of interception, which is perhaps unavoidable when the public are unable to discern the amount or scale of the threats they face.

In trying to disentangle these two issues, the first thing to consider is what damage may actually have been done by the Snowden disclosures.

Sir David Omand, the former head of GCHQ, said it was the most catastrophic loss to British intelligence ever and that it was even more damaging than the activities of the Cambridge five, the Soviet spy ring that included Kim Philby and Guy Burgess.

The fact is that Edward Snowden has seriously compromised the national security of his own nation and its allies and sought sanctuary in Russia to evade US authorities. Had Mr Snowden’s activities been related to merely pointing out the level of NSA activity then the term “whistleblower” might have been apt to describe his activities. In fact, what we have seen is an indiscriminate publication of highly sensitive security material, designed not to provoke a meaningful debate about the level of electronic surveillance in democratic societies, but to damage the security of our closest ally, the United States, as well as its security partners.

The second thing to consider is the role of the security services in all this. As was graphically demonstrated by their evidence to the Intelligence and Security Committee, the security agencies do NOT undermine freedom or democracy. Quite the opposite. It is the terrorists, the criminals and the enemies of our country who attempt to do this. What sort of distorted logic suggests that compromising our security agents, potentially putting their lives in danger, is a service to democracy?

This brings us to the third issue, the behaviour of the Guardian newspaper.

When David Miranda was arrested at Heathrow airport the initial reaction of many was that the authorities might have overreached themselves, a situation reinforced by some near hysterical reporting, particularly from left-leaning media.

However, within a short time the true picture emerged. To start with, we were told that Miranda was a journalist and that his detention constituted a danger to free press activity. Then it transpired he was not a journalist, but was working with the Guardian journalist, Glenn Greenwald. We later discovered that he was acting as mule carrying further information to Greenwald on an airline ticket paid for by the Guardian.

The situation was “clarified” by the editor, Alan Rusbridger, who wrote that Greenwald was “regularly helped by David Miranda, who…has a valuable role in helping his partner to do his journalistic work”. He continued that it would have been highly advisable for Greenwald to regard any electronic means of communication as unsafe and thus, “The Guardian’s work on the Snowden story has involved many individuals taking a huge number of flights in order to have face-to-face meetings”.

Given that the police found the content of the information being carried by Miranda as sufficient to warrant a criminal investigation, it is reasonable to ask what information has been already been carried and to whom.

The reactions of the Guardian to the intervention of the security services and the detention of Miranda are instructive. On the former Alan Rusbridger “Explained to the man from Whitehall about the nature of international collaborations and the way in which, these days, media organisations could take advantage of the most permissive legal environments”.

He exhibited no sense of understanding, never mind remorse about what damage might have been done to the safety of individuals or the country, merely a threat to carry out similar reporting from elsewhere.

On the Miranda issue his partner Greenwald actually threatened to do further damage to the United Kingdom when he said “I will be far more aggressive in my reporting from now. I’m going to publish many more documents […] I have many documents on England spy system. I think they will be sorry for what they did”. In other words, if anyone should have the audacity to stop a partner of someone working for the Guardian, then it is fair to compromise the whole countries security.

It is interesting that Chris Blackhurst, former editor of the Independent, a self-confessed cynic about officialdom said that his paper would not have published Snowden’s secrets.

To have a full and transparent debate about the level of surveillance carried out by the security services, and the methods by which they do so, is a perfectly legitimate and useful journalistic function.  You do not have to endanger the country to do that. Keeping sensitive information, whose disclosure would be damaging to an enemy of our country, is not acceptable and any responsible journalist would either destroy such information or ensure it was handed back to the security services.

To go one stage further and actually divulge the details of named individual agents to overseas sources is likely to constitute a crime. This is why I have written to the Director of Public Prosecutions on the issue.

No one has a right to compromise the safety of the people of our country. As Jack Straw said, you can justify everything if you’re a newspaper on the grounds that it is open journalism, but this is much more than journalism, it’s genuinely how we protect the national interest.

Many of us are keen to see a free and open press maintained as one of the key counterbalances to the powers of a strong modern state. But if we are to be able to do so, then clear lines must be drawn about what constitutes legitimate debate and oversight and what constitutes irresponsible and potentially criminal behaviour.

No one is above the law and when it comes to criminality, including laws on our national security, we all have to decide which side we are really on.

This is an excerpt from a speech in Washington (April 2014)