LibDem rivals battle it out on planet of The Clangers 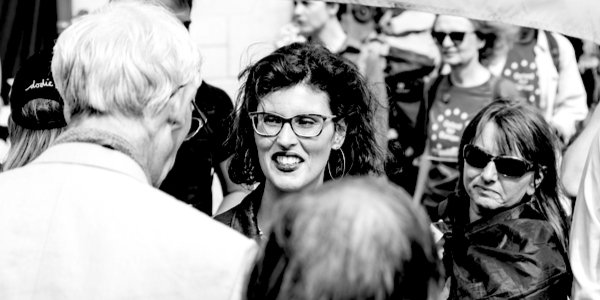 THOSE of a certain vintage may remember a children’s TV programme called The Clangers concerning a family of knitted mouse-like creatures who live in peace and harmony on a small planet, communicating in whistles and dining on green soup. With the new Lib Dem leader to be announced at the end of this month, prospective voters might be forgiven if they have found themselves in the fanciful world of the Clangers, the Soup Dragon and the Iron Chicken.

Some political commentators insist that concern is mounting for the diminishing role of the Lib Dems and their relevance in British politics, and according to one pollster, Lib Dem voters need to ‘feel safe about voting for the party’. The question remains: does anybody else?

‘The party needs to change’ laments leadership hopeful Layla Moran bemoaning the party’s dismal poll ratings of 6 per cent, a point echoed by acting leader and rival Sir Ed Davey. Both want to change the country by connecting with the voting public to make the world a better place. With the predictable wholesome gibberish of a caring, fairer, diverse and inclusive society. At the time of writing, despite leading the contest with 1,870 members from 343 local parties voting for him to Layla’s 1,329 members from 330, nice, dull, dependable Sir Ed’s campaign is proving a bit of sideshow to Layla’s circus – the membership is spoilt for choice.

As Energy Secretary in the Conservative-LibDem coalition, Sir Ed has been around the political block, standing unsuccessfully in the party’s 2019 leadership contest won by Jo Swinson, who lost her seat at the General Election a few months later. Telling anybody who will listen how his passion for the environment and climate change remains a major campaign priority for him, Sir Ed boasts of his quadrupling of Britain’s renewable power in his campaign video to proclaim his green credentials without bothering to explain just how it will work in practical terms before sending us all back to the Dark Ages with the massive tax hikes to pay for it.

Meanwhile, Layla considers herself ‘a woman of the people’ and, presumably to appeal to the 4 per cent of the population who identify as such, has recently come out as pansexual. A total irrelevance to the silent majority voters, but nevertheless she has slammed the present government’s plans to scrap reforms to the Gender Recognition Act (GRA). This would have made it easier to for an individual to change gender. Not content with this wacky wokery, among other things she proposes to ‘commandeer the UK private health sector’ to help handle the ‘massive backlog’ to delayed NHS operations as well as strewing taxpayer-funded cash prizes to individuals who invent outstanding solutions to social and environmental problems; together with recreating a Green Investment Bank with a higher level of financial capability than was permitted during coalition years, scrapping Ofsted and calling time on SATs for primary school kids.

Both candidates indulged in a patronising political stunt in observing Ramadan to express solidarity with Muslims (and secure their votes); they deemed it less appropriate to subject themselves to the Christian fast of Lent. Why they wish to express empathy with one section of the religious community over all others is not clear.

By the woeful standards of these two leadership candidates, a once great party has been reduced to the politics of the playground. We might as well all join the Clanger family on their hollow blue planet and cry into our green soup.