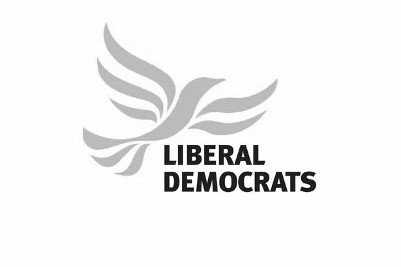 THE BBC’s Liberal (Democrat) pin-up of the moment, the ubiquitous Layla Moran, MP for Oxford West and Abingdon, popped up on the Andrew Marr Show on Sunday 14 April. The third Remainer in a quartet of newspaper reviewers including the great man himself, to maintain the BBC’s impeccable impartiality on all things Brexit, she flew the flag for her party’s insistence to ‘demand better than Brexit’, https://www.libdems.org.uk/europe-policy whatever that means. Closer scrutiny of the great Liberal ‘plan’ reveals that they ‘passionately believe Britain is stronger as part of the European Union’. Haven’t they noticed that this particular train left the station nearly three years ago? No matter, because the best way forward for the Liberal tradition is simply to ignore the majority of nitwits who don’t subscribe to their bland, wishy-washy political world view; in that way, the Liberals maintain their political mantra of being the ‘Pushmepullyous’ of British politics.

Everyone is a winner in Layla Land except when the ‘people’ vote the wrong way. Layla and her earnest crew truly ‘acknowledge the result of the 2016 referendum’ but only so far as to give the government a ‘mandate to start negotiations to leave’. Layla declared on the programme that her party’s mission was to stop Brexit, having backed Yvette Cooper’s disgraceful Bill, fast-tracked through Parliament at the speed of a Japanese bullet train, illustrative of the lengths the Liberals will go to fulfil their version of ‘democracy’. However they ‘believe that the final decision should be made by the British people, not by politicians’. In that way, they conform to the true spirit of equality, just so long as you are not pale, stale male or socially conservative, loyal to this country and voted Leave in the People’s Vote of 2016. All’s fair in Layla Land.

Rightly proud of their strong local political tradition, that never stopped the Liberals dishing the dirt on rival political candidates when it suited them. (There is more than a bit of anecdotal evidence that the Liberals are not averse to a bit of political skulduggery during election time.) They maintain the mantra of free speech whilst sustaining the established view that party members are a just harmless bunch of bearded, veggie-munching, sandal-wearing, abstemious pacifists after all. Not so Layla, who not only ticks the right politically correct boxes, being female and of Palestinian heritage, but who was not averse to slapping her former boyfriend in public after a row at a Liberal conference in 2013. Later she said that ‘in the heat of the moment she felt threatened’. Imagine the furore if a Tory MP had done the same? Double standards abound in Layla Land. The Liberals ‘want to build a fair society so that the public feel safe in their community’. This conveniently taps into their sanctimonious ideology whereby anybody not subscribing to their political world view is emotionally illiterate and selfish. The public must not forget that the Liberals ‘demand better for our world’ and want to ‘fight isolationist policies to maintain the UK’s proud record of international leadership’. Perhaps they could tell that to their friends in the EU whose blatant protectionism not only discriminates against the poorest consumers in the bloc but, more importantly, against producers and most disadvantaged communities in the developing world. Nationalism is a dirty word for the Liberals, illustrated by the cross of St George on their website, meaning of course, English nationalism as opposed to Scottish, Irish or Welsh nationalism which is noble and patriotic.

The Liberals are very concerned about climate change and want to ‘keep the country green’. In this regard, they join those other bastions of egalitarian and representative values, the SNP and the Green Party, who also believe that the best way to run a 21st century economy is by littering the countryside with windmills and banning fracking whilst relying on technological innovations from China, one of the biggest polluters on the planet. China’s dubious human rights record doesn’t seem to concern the liberals of Layla Land, but Saudi Arabia is a different matter. The Liberals want to suspend arms sales to the kingdom, conveniently ignoring that in the real world, countries have to do business with allies no matter how unsavoury the regime. They assert that international co-operation is threatened by the present incumbent of the White House and an assertive Russia. The Liberals just can’t define how they intend to combat this, and lament that it was about time Britain was ‘patriotic, optimistic and progressive on the world stage’.

Layla and her fellow Liberals ‘demand a better future’ and want ‘fairness and opportunity for all’. They say they are ‘the only party taking on power and privilege to restore fairness and opportunity for the rest of us’. How convenient: as the nearest they ever came to the reins of power was in a coalition with the Tories in 2010, in which Layla expressed shock that the Tories were trying to hoodwink the electorate into believing that there was no difference between the parties. To date, the general public haven’t been ‘deluded’ enough as to nail their colours to the Liberal mast, as the party’s poll ratings remain dire. Hopefully things are looking up for them in the shape of Layla and her new brand of liberal youth and optimism, and good luck to her in her quest to be all things to all people. We have been here before with the predicted demise of the two major parties in British politics. But in the light of the present political debacle, perhaps they will stagger on, never to win an outright majority again, leaving the country stuck in the mire of hung parliaments: a muddled confusion of coalitions and compromise. Just what the liberals of Layla Land ordered.

Share
Facebook
Twitter
WhatsApp
Email
Previous articleMy letter to the Attorney General about the Withdrawal Agreement
Next articleSaving the planet? No, Extinction Rebellion are malicious bullies