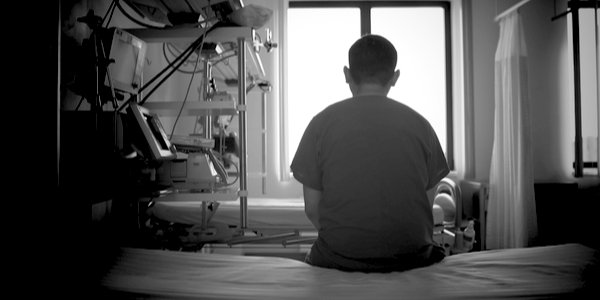 NEW York City is the epicentre of the coronavirus outbreak in the USA. When a 68-bed field hospital specifically equipped to deal with respiratory care and staffed by 60 to 70 medical professionals was erected within the wide open spaces of Central Park, it should have been good news.

Not so for progressives, who quickly jumped in to criticise and complain. Many are deeply upset that this hospital has been erected by Samaritan’s Purse, the evangelical Christian humanitarian organisation run by its president Franklin Graham.

‘People are dying from the coronavirus, hospitals are out of beds, and the medical staff are overwhelmed,’ Graham said in a statement last Sunday. ‘We are deploying our emergency field hospital to New York to help carry this burden. This is what Samaritan’s Purse does – we respond in the middle of crises to help people in Jesus’s Name. Please pray for our teams and for everyone around the world affected by the virus.’

Samaritan’s Purse works in more than 100 countries and is equipped to set up ad hoc facilities rapidly when and where they’re needed. Last month it airlifted a 68-bed hospital unit to Cremona, in the Lombardy region of Northern Italy, in response to the horrifying flood of coronavirus patients there. The Italians did not complain.

Liberal New Yorkers, however, have.

New York City Council Speaker Corey Johnson, a homosexual, said: ‘Franklin Graham has a long history of spewing anti-LGBTQ hate speech and I find it extremely troubling that he and his organisation are involved in our relief efforts in any way. I will be monitoring this situation closely.’

New York City Mayor Bill de Blasio, one of the most liberal mayors in the USA, was scheduled to make an appearance at the centre on Tuesday, but pulled out after Johnson and other politicians raised questions. He said that the views of Samaritan’s Purse are ‘very troubling’ to him, but said his administration will monitor the situation to ensure there is no discrimination.

New York Attorney General Letitia James said: ‘We will remain vigilant to ensure discrimination does not occur at this or any other facility.’

These liberal legislators are upset that Samaritan’s Purse has made a public request for Christian volunteers willing to adhere to its 11-point Statement of Faith. Ten of the items cover broadly doctrinal issues, including one that human life is sacred from conception to its natural end.

It is point nine which has caused the furore. It reads: ‘God instituted monogamous marriage between male and female as the foundation of the family and the basic structure of human society. For this reason, we believe that marriage is exclusively the union of one genetic male and one genetic female.’

Samaritan’s Purse believes God’s plan for human sexuality is to be expressed only within the context of heterosexual marriage, that God created man and woman as unique biological persons made to complete each other. This is historic Christian teaching which is still held by the great majority of Christians worldwide.

An evangelical Christian humanitarian organisation requires its Christian volunteers who are endangering their own lives for the health and safety of others to adhere to orthodox traditional Christian teaching. As a result they have come under suspicion from legislators because of their faith.

On Monday, New York State Senator Brad Hoylman called on Franklin Graham ‘to publicly assure LGBTQ New Yorkers that they will receive the same treatment as anyone else at the Central Park field hospital’.

Hoylman demanded: ‘New York City must require every doctor or volunteer working at Graham’s Central Park field hospital, along with anyone providing medical services in a place of public accommodation, to sign a statement affirming their commitment to following New York City’s Human Rights Law.’

While on the surface this appears like a request, it is actually a serious moral accusation. A senator who identifies as a homosexual openly insinuates that Samaritan’s Purse, an organisation which has worked world-wide without complaint, would discriminate against LBGTQ patients in need of care. This was not a request: it was an offensive slur. It insinuates that it is wrong for Samaritan’s Purse to operate on the basis of evangelical Christian conviction.

Here is an evangelical Christian ministry putting lives on the line and investing what will be millions of dollars to try to help the hospital system in New York City in the middle of a pandemic, and LGBTQ activists are upset that the city had to turn to an evangelical Christian organisation. Clearly the Hippocratic Oath isn’t enough for liberals, they also demand conformity to their ideology.

Senator Hoylman told NBC News that it is ‘a shame that the federal government has left us in the position of having to accept charity from such bigots’. He went on: ‘Sadly, beggars can’t be choosers. New York needs every ventilator we can get, but homophobic pastor Franklin Graham and his field hospital operation in Central Park must guarantee all LGBTQ patients with coronavirus are treated with dignity and respect.’ Again we find the insinuation that Samaritan’s Purse requires careful monitoring or it might turn people away based on their sexual orientation.

It appears that liberals want Christian doctors and nurses to come to New York City and help them in their need, but they only want the doctor and nurse bit, not the Christian bit. None of them seems to be asking: Why are these volunteers coming? Because the answer to that question is they’re doing it because they are Christians.