Lies, distortion, intimidation – this toxic campaign to brand me Islamophobic 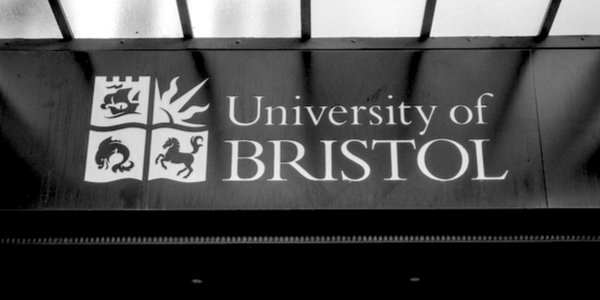 Yesterday the Mail on Sunday reported the case of Steven Greer, Professor of Human Rights at the University of Bristol. A course he taught has been cancelled due, he believes, to his support for the government’s anti-radicalisation Prevent programme.This followed complaints, of which the university cleared him, that his course was ‘Islamophobic’. This is his personal account of the campaign against him, exclusive to TCW Defending Freedom.

LAST week the University of Bristol Law School capitulated to a savage social media campaign waged by the university’s Islamic Society (BRISOC). The ‘Islam, China and the Far East’ module has been removed from the syllabus of Human Rights in Law, Politics and Society (HRLPS), a unit I designed, developed, and have taught successfully, mostly on my own, for 14 years. The reason?

‘It is important that Muslim students in particular do not feel that their religion is being singled out or in any way “othered” by the class material. We know that this was a problem for some students last year and as guardians of their welfare as well as their learning, we do not wish to have the experience repeated.’

It is difficult to regard this decision, and the justification offered, as anything other than a repudiation of the result of an official university inquiry which, in July, resoundingly cleared me of BRISOC’s charge of Islamophobia.

Yet, in spite of my vindication, there has been no let-up in their toxic campaign against me. Based entirely on lies, distortion and misrepresentation, it continues to be propelled by breathtaking arrogance, a malicious intention to harm, and a shocking lack of acquaintance with the relevant authoritative literature and informed debates. On the contrary, the vilification, intimidation and harassment have increased. For example, BRISOC’s Instagram account shares a recently uploaded TikTok video, which not only breaches confidentiality by leaking the inquiry’s verdict, it also retails fresh and even more dangerous lies than before.

At the heart of the controversy lies a fundamental failure, on the part of BRISOC and others, to appreciate the difference between ‘Islamophobia’ and responsible, measured and evidence-based critical engagement with Islam. The former is a visceral and intolerant hatred of Islam and Muslims based on caricature, misleading stereotypes, falsehoods and misrepresentations. Like all social prejudices it must be rooted out wherever encountered, including by universities. However, the social, economic, political, legal and moral implications of any faith or ideology must be open to debate by everyone, especially in universities. Islam is no exception.

Scrap the module, apologise and promise not to reoffend, or be sacked

How has this all happened? On October 30, 2020, a formal complaint was lodged with the University by the then President of BRISOC. He claimed to be acting on behalf of other anonymous Bristol students. It was alleged that my teaching in HRLPS, and other relevant public output, was riddled with Islamophobia. This, it was said, includes my public defence of Prevent, the official counterterrorist programme which seeks to identify and divert those showing interest in dangerous and potentially violent ideologies of all kinds. BRISOC demanded that I apologise ‘to all Muslim students’, undertake not to reoffend, be suspended from my job pending consideration of dismissal, and that the module be scrapped.

I did not, however, find out any details until February 2021. In the first of many flagrant breaches of the confidentiality of the University’s investigation, BRISOC launched a hostile social media campaign against both me and the university, the latter for having failed to resolve the matter to the society’s satisfaction more expeditiously. This campaign features my photo and an online petition which currently has 3,700 signatures.

Although BRISOC have failed to destroy my career, my reputation has been severely damaged. They have put my family and me under intolerable stress, potentially exposing me to the risk of violent retribution. In the social media storm which the campaign triggered, I was compared to Samuel Paty, the French school teacher beheaded in October 2020. The Islamist militant responsible for killing Paty believed that illustrating a class discussion about blasphemy and freedom of expression with the Charlie Hebdo cartoons of the Prophet Muhammad justified murder. Aware of this, a suspicious incident outside our home prompted my wife and me to seek refuge somewhere safer for several days. The police took it very seriously.

Questions to be answered

BRISOC has a compelling case to answer with respect to a number of possible legal wrongs. These include multiple breaches of the confidentiality of the university’s investigation; defamation; harassment and intimidation, and conspiracy to induce the breach of not only my employment contract but also the University’s legal duty of care to me as my employer, and its legal duty to protect my academic freedom. The police have recently become involved again. Other legal remedies are under active consideration.

A number of questions also require a response from the university of Bristol, the law school, and others. For example, why did it take almost nine months for the university to acquit me categorically of BRISOC’s groundless allegations? Why was there no attempt to stop BRISOC’s campaign of hatred and intolerance when it started in February 2021? Why have those involved not been required to discontinue it, publicly retract the false accusations upon which it is based, and to apologise for the harm caused? Why have they not been disciplined for victimisation, intimidation and harassment seven months on? How are the express reasons for the removal of the ‘Islam, China and the Far East’ topic from the HRLPS syllabus consistent with the university’s statutory obligation to defend academic freedom? Will the university support the law school’s decision or the result of its own inquiry? In the quest for satisfactory answers, a solicitor has been appointed.

Lessons to be learned

There are many lessons to be learned from this bitter and harrowing experience. The most important is that British universities need to shake themselves out of the prevailing head-in-the-sand culture of denial about the core problem. Militant minorities of many kinds are making increasingly brazen, and successful, attempts to censor legitimate academic and public debate through vilification, threats and intimidation. They want, in particular, to dictate the content and delivery of university education in accordance with their own narrow and intolerant agendas. Something must be done about this as a matter of urgency.

Steven Greer
Steven Greer is Professor of Human Rights at the University of Bristol Law School. His book, Tackling Terrorism in Britain: Threats, Responses, and Challenges Twenty Years After 9/11 will be published by Routledge on October 15.