NewsPaperthe art of publishing
HomeNewsLies that swung the Irish vote
23

Lies that swung the Irish vote 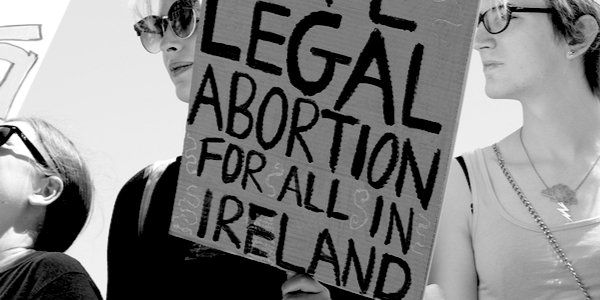 Allison Pearson says the Irish vote to repeal the Eighth Amendment to their constitution, ushering in legal abortion, was ‘right and long overdue’. But she comments that because many No voters believe that life begins at conception and that therefore abortion is state-sanctioned murder, the ‘cheering and festive mood of Yes voters as they celebrated was utterly tasteless and shockingly lacking in sensitivity’.

In fact the celebrations highlighted the enormous gap between pro-abortion rhetoric – ‘compassion, choices, fatal foetal abnormalities’ – and the reality of abortion demanded as a human right for women and as a legitimate consumer choice. The sometimes bloody and by definition violent choice was not mentioned, as though the abortions that would result from this vote would be accomplished by magically making women ‘unpregnant’ so that they could go on to live happily ever after.

The celebrations were indeed crass. They were also the culmination of months of campaign lies. Human beings like to find good reasons for doing bad things, and the grim myths of Ireland’s Catholic past have provided comforting justification for the demolition of all legal protection for the unborn.

Ms Pearson herself colourfully describes ‘cruel priests and nuns and wicked, institutional hypocrisy that saw pregnant girls forced to keep babes which, being born out of wedlock, were then treated as the Devil’s spawn’, adding that a septic tank at a former Catholic orphanage at Tuam, County Galway, ‘was found to contain up to 800 babies and children’ apparently stuffed in by the Bon Secours sisters. However libertarian and ‘pro-choice’ Brendan O’Neill exposed the Tuam horror as a myth four years ago. No bodies were found in a septic tank, but speculation built on hearsay was blown up by the world’s media into a black cloud of immense proportions. Despite this, most people are still aware only of the exposé, not the exposé of the exposé.

Tuam is one in a line of grim tales of the past which have conveniently served to bolster the case for abortion by painting a dark picture of pre-abortion and, more importantly, desperately impoverished Ireland. The sad truth is that in an age of high infant mortality, illegitimate babies were probably not the healthiest; all orphanages had high death rates and the victims had to be buried somewhere. The workhouses were also terrible, but they were never empty, because for many, to be outside the workhouse was even worse than being inside it. The past was indeed grim, but is death the lesson that abortion campaigners should have learnt from it?

Does it mean that in an age of plenty, unwanted babies are to be killed in the womb and not even given a grave, provided they appear as a statistic in a spreadsheet somewhere?

Two wrongs do not make a right. The tragic deaths of legitimate and illegitimate babies in our own and Ireland’s history cannot justify nearly nine million legal killings since our own Abortion Act in 1967, and more in the future. Turning a human wrong into a human right is no solution for the injustices or malaise of the present day, not when vulnerable girls and women are being sexually exploited in the knowledge that abortion will ‘take care’ of any unwanted outcomes.

There is nothing in the extension of this modern-day negligence and injustice to celebrate.