Lift-off to Mars for the diversonauts 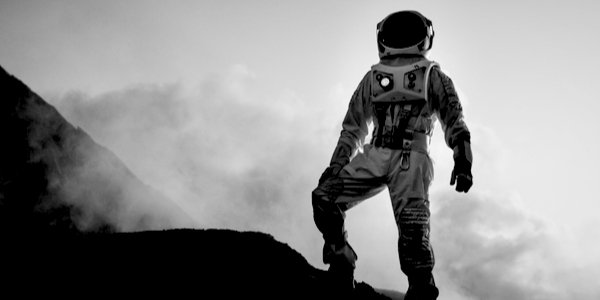 THE controversial new diversity guide for Best Picture category at the Oscars has a list of stipulations that reads, as Dr Kevin Donnelly so aptly put it on TCW on Monday, ‘as if it was written by people so woke they never get a good night’s sleep’.

With its quotas for race, gender, etc, in the casting and production of films, it will be implemented at the Academy Awards in 2024.

However, over on ultra-woke Netflix – which is unlikely to be affected by the Hollywood diktat – they’re already well ahead in the diversity game. (Harry and Meghan please note).

The streaming channel’s latest impeccably progressive offering is Away, a science fiction serial in which a multi-ethnic, multi-cultural, multi-national, multi-sexually orientated crew of five set out on a three-year round trip to Mars in their spaceship Atlas.

The Academy rules say at least one of the lead or supporting actors in a production must be from a racial or ethnic group such as Asian, Hispanic/Latin-American or black/African-American. Well, Netflix can do better than that. One of the main Away characters, botanist Kwesi, is a black orphan from the African bush who was adopted as a boy by an English couple. His adoptive father is black, his adoptive mother white and both are Jewish. Kwesi has embraced Judaism.

An Asian character? That’ll be another of the Atlas astronauts, medic and deputy commander Ram, who’s from India. A tortured soul, he’s racked by guilt because his elder brother caught some nasty illness from him and died.

Still not diverse enough? No problem. The main character of Away is – wait for it – a woman! Emma Green is commander of the Mars expedition, at times brilliant and ruthlessly efficient, at other times tender and caring.

Okay, she’s white, but you can’t have everything. As a bonus, the mission controller in Houston is also a woman, also white, but of advanced years to preclude any suggestions of ageism.

Meanwhile, for good inter-ethnic measure, Emma’s angst-ridden 15-year-old daughter (whom Emma agonised about having when she found she was pregnant) has fallen for a hunky Hispanic / Mexican lad from school.

Right, what’s next on the must-include list? Oh, yes – LBGTQ+ and people with cognitive or physical disabilities.

Fear not, Away has got both well covered. Two, yes, two of the Earthbound characters are in wheelchairs – both white men, one of them Emma’s husband, the other a Nasa psychiatrist.

Meanwhile, up in space, the Russian crew member, grizzled, gay-disapproving engineer Misha (who incidentally abandoned his motherless daughter to devote himself to space flight), is going blind. That’s disabilities ticked off, you’ll agree.

But what about LGCBTQ+, you ask. Well, how about this – Lu, the Chinese chemist member of the Mars team, is unhappily married to a cold, dominating husband, but is in love with another Chinese woman, a member of her ground crew. The Bejing authorities have split up the couple, but Lu is determined that they will one day be reunited.

And finally, if you still don’t think the whole shebang is sufficiently guideline-friendly, stand by for a touch of rocket-propelled diversity.

You see, the first person to walk on Mars* is not some white, male, muscular, Anglo-Saxon, Protestant, all-American Buzz Lightyear lookalike … it’s Lu!

So it’s one small step for a gay Chinese woman, one giant leap for Wokekind.

* No spoiler – we’re told right at the beginning that Lu will be first on Mars.