Lifting the bonnet on Blair’s meeting with Mondeo Man 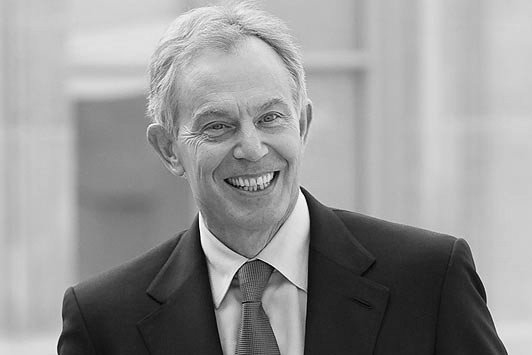 AS the 2019 election battle hots up, the parties are desperately trying to win the support of so-called Workington Man. He’s said to be an older, white, non-graduate living in a rugby league town in the North of England.

The most famous such target voter was Mondeo Man, the middle-class, hard-working, semi-detached-dwelling car owner desperately wooed by New Labour in 1997.

Tony Blair was canvassing in the Midlands when he first spotted this aspirational figure buffing the bonnet of his beloved saloon.

The official record of their historic conversation is being kept secret for 100 years under Government rules. But I’ve managed to obtain a copy of the transcript.

It’s a fascinating read, mainly because the politician and the polisher were very much at cross-purposes as they chatted. Mondeo Man couldn’t tell a manifesto from a manifold and Blair didn’t know his alternator from his elbow.

MM: That’s right, mate. I’ve been at it for hours with the Turtle Wax, but I can’t get these marks out.

TB: Well, I’ve got Marx out of New Labour. Vote for us and we’ll be tough on grime, tough on the causes of grime.

MM: Oh, the bodywork’s not the worst of it. There are some dreadful noises coming from the crank.

TB: Damn. I warned Gordon Brown not to keep banging on about neo-endogenous growth theory.

MM: As for the airbag, it’s totally deflated.

TB: Yes, Neil Kinnock wasn’t happy when I banned him from making speeches.

TB: What are you doing under the bonnet?

MM: I’ve removed the cylinder block and taken out the pistons. Just look at those useless, rusty old bores.

TB: I’m hoping to reform the House of Lords.

MM: My tyres are knackered. I’ve already had two flats.

TB: My wife Cherie is getting two flats.

MM: And the spare tyre is all flabby and bulging.

TB: To be fair, John Prescott has been trying to reduce his waistline.

MM: Don’t they call him Two Jags? I wouldn’t mind one Jag.

MM: Oh, no . . . I’ve just noticed my driveshaft’s broken. Boy, I could really do with a universal joint.

TB: That’s fine. We’re quite relaxed about cannabis for personal use. What are you doing under the car now?

MM: I’m taking the sump off. Oops, the oil’s spilling everywhere. Watch out for that big drip, it’s all greasy and slippery.

TB: That reminds me, I’ve got to ring Peter Mandelson.

MM: I was hoping to go for a spin round the block, but the car’s totally crocked.

TB: It’s a shame Alastair Campbell’s not here. He can spin anything.

MM: All torque but no action.

TB: Well, Alastair does his best.

MM: I was talking about my slipping clutch.

TB: Anyhow, it’s been lovely chatting. You’re about to become a totemic figure in my forthcoming landslide election victory. Goodbye and thank you, Mondeo Man!