NewsPaperthe art of publishing
HomeCOVID-19Like it or not, the big-state revolution is coming for you
0

Like it or not, the big-state revolution is coming for you 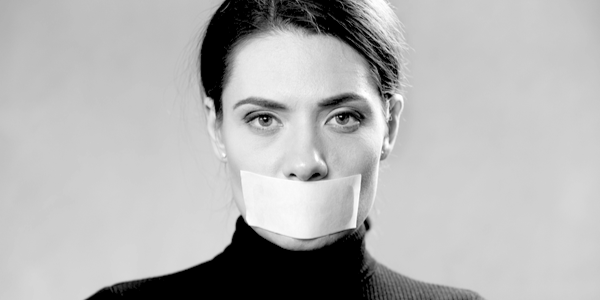 ON the evening of the 1917 October Revolution, life in parts of Petrograd was carrying on much as normal. Or at least, as normal as was possible during those hungered winter days as the exhausted Russian war machine came clankering to a halt along the Eastern Front.

Restaurants in the then Russian capital were as full as ever and people attended the theatre. At the same time, however, the last vestiges of the Provisional Government’s power in the city were being snuffed out. Bolshevik troops were moving to take the Winter Palace, the seat of Alexander Kerensky’s ill-fated regime.

The building fell almost without resistance. The number of revolutionary sympathisers on the scene multiplied rapidly as the vast richness of the cellars lying underneath became clear.

Apparently the knees-up carried on for weeks. When the Bolsheviks tried to pump the wine straight into the gutter in order to stop the chaos, the crowds lowered themselves to the ground so as not to miss a drop.

But at that moment, as they ate foodstuffs that would soon be a luxury available only to party officials, or watched plays soon to be condemned as ‘bourgeois’ and ‘anti-revolutionary’, life trundled along for the comfortable classes of Petrograd.

It took time for the implications of that evening’s events to manifest fully. Over the course of the following months and years, many would find themselves dispossessed and cast out from society, condemned to servitude as a class enemy.

Revolutions don’t usually strike in one fell swoop. They ebb and flow, in line with events and the rise and fall of those personalities standing behind them. The warning signs are always there though; it’s just that they’re easier to ignore than to take seriously. After all, who’d want to ruin an evening out at the theatre with such concerns?

Sadly, they have a tendency to catch up with you either way.

On the evidence of the last 18 months, it appears that we too are heading irreversibly down a path of no return. For some of this we can undoubtedly thank the communist sympathies of certain members of Sage, the Government’s scientific advisory committee, who appeared wedded to an unholy alliance with the global corporate capitalists of Big Tech and Big Pharma.

The last week, however, has seen an acceleration of these dastardly developments.

The imposition of mandatory vaccination is among the gravest threats to individual liberty that has been posed by any British government. The essence of classical liberalism states that the individual – and hence their body – is sovereign.

Once a government demands, under pain of being unable to live a normal life, the violation of one’s bodily autonomy, then we have crossed a Rubicon after which there is no coming back. If you believe that vaccination requirements will stop at just nightclubs,  then you have learned nothing over the last year and a half.

Combine with this the introduction of a points-based health app. Al Johnson, tyrant-in-chief, has given the go-ahead to a scheme which would see people rewarded for exercising or eating more greens. All in the name of tackling the ‘obesity epidemic’ – or rather, for your own good. It always is.

It is beyond doubt that such a scheme will morph over time, increasing its powers. Today it’s a pat on the head for having some asparagus, tomorrow it’s being barred from ordering that pizza you want as you’ve already had your weekly allowance. The day after? No healthcare access for you – after all, remember that packet of fags you bought a few weeks ago?

It all paves the way perfectly to a social credit system that would make the tyrants of Beijing proud. Not that it could ever happen here, though – oh, Heavens no! We are not like those Oriental despots. Or rather, we weren’t: Having adopted the iron-fisted policies of Peking since the beginning of this pandemic, it is clear that theirs is a model to which those in power now aspire.

Add to this Rishi Sunak’s announcement of a sterling-backed cryptocurrency, unimaginatively dubbed ‘Britcoin’. As someone who is keen on cryptocurrencies, the scheme leaves me cold.

The entire point of crypto is that it is outside the control of governments and central banks, who have spent the last 50 years abusing monetary policy for their own ends. Savers have been hammered through inflation and ceaseless quantitative easing in order to fund the largesse and incompetence of myopic governments.

So why would anyone want a digital currency issued by the very same abusers of fiat currency? They wouldn’t. It is a vital step in the Government’s relentless thirst for control over the citizenry.

It would not be long before the Government could transition purely into this centrally-controlled digital currency – why bother with the additional cost of producing banknotes and coins? – rendering everyone’s ability to spend and save under the control of banksters, regulators and their useful idiots in government. Without cash, there is no freedom. You could only spend with the Government’s consent.

Once again, we must only look towards Beijing to see where all this is heading. With everything there centralised into one ‘convenient’ app, the state’s ability to control and coerce the populace is total.

In possession of a low social-credit score, the serf-like citizen is unable even to buy train tickets and must make do with access to second-tier services. Vaccination status is merely the latest metric by which one’s score is to be judged.

If the Government is to have its way, however, criticisms such as these will soon be fully verboten. A proposed update to the Official Secrets Act would see journalists leaking government information treated on a par with foreign spies.

A maximum of 14 years imprisonment awaits those leaking material sensitive or embarrassing to the Government. Given that it is now difficult to find information not embarrassing to Government, it is not clear what the media could report on in future.

As the self-appointed decider of what constitutes being ‘in the public interest’, the Government would have in its hands powers associated with the tinniest of tinpot dictatorships.

The mainstream media – already almost entirely compromised by its proximity to power and inability to hold our leaders to account – would be further hamstrung; its fate as mere mouthpieces of power irrevocably sealed.

Within the space of a week the Johnson junta has taken four giant steps in the direction of full central control over our lives: Mandatory vaccines, an app which monitors one’s lifestyle choices, a centrally-controlled digital currency, and a gun to the head of the already failing mainstream media.

This is the end result of a society which has gradually ceded all responsibility to the state. To today’s mollycoddled and soft-minded voter, the answer to any question is invariably ‘government’. We have relegated ourselves to the status of a toddler-citizenry.

The state having become responsible for every aspect of life, we find ourselves at the inevitable end point, in which those in power see us merely as pawns to be dictated to and controlled.

Britons, it’s time to wake up. We are sleepwalking into a pernicious system of total government control. Only those who demand their freedom will have it. History teaches that the ordinary condition for the vast bulk of humanity has been one of serfdom: Unless we act now, we’ll soon be returning to that mean.