NewsPaperthe art of publishing
HomeNewsLike them or loathe them, you can’t scrub out the history-makers
111

Like them or loathe them, you can’t scrub out the history-makers 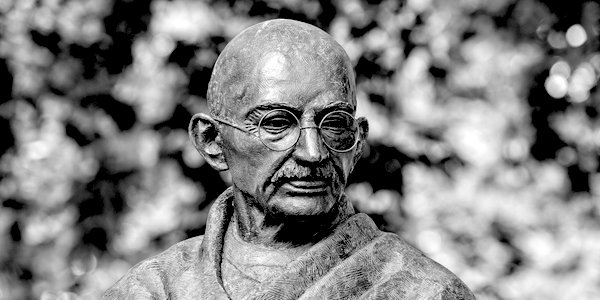 The latest manifestation is that the president of Southampton Students’ Union, Emily Dawes, has expressed a wish to paint over a mural depicting students and academics who served and died in the First World War, a poisonous feminist attack that Laura Perrins described in TCW yesterday. Her shocking and disrespectful attempt to efface our war-dead is another example of people chopping, manipulating or blotting out history they don’t like.

The campaign ‘Rhodes must fall’ of not too long ago set the standard. It protested against an inconspicuous and probably barely noticed statue of a man who died in 1902. A man I strongly suspect most of the protesters had never heard of until they joined the campaign. In fact, I would be surprised if many could even find ‘Rhodesia’ on a map. So why take offence at his statue?

Rhodes was certainly foul. He felt the British had a God-given right to invade other homelands. And should the people resist, armed with their spears and ox-hide shields, it was legitimate to slaughter them with Maxim guns and rifles.

But others defended his statue, not out of sympathy for Rhodes’s appalling record, but because they were defending history itself and the idea that we should neither hide from its complexities nor edit it to suit political fashion. They saw that the anti-Rhodes lobby were making mischief; resurrecting forgotten grievances from long ago and promoting divisive identity politics. Worse, they were making a power grab, to control our view of how we came to be the nation we are and mire us yet deeper in post-colonial guilt.

Those who see our history as mainly a source of shame are now expanding their range of targets. There is another campaign to scrub out something difficult which is slowly picking up momentum from its inception in Africa, popping up in the press and social media, in Leftist Facebook posts and tweets. This time it’s Mohandras Gandhi, the great Indian Mahatma and hero of independence. Apparently, Gandhi too ‘must fall’.

The complaint is that despite his opposition to imperialism, Gandhi was a nasty racist whose language about black Africans wouldn’t be out of place in a BNP meeting.

It’s well documented that Gandhi was racist, at least in his early life, and thought that Africans had little right to civilised consideration. His attitudes would today be utterly unacceptable.

It will be interesting to see how many ‘woke’ social justice warriors join the attack on Gandhi. He was a heroic opponent of the British Empire, until very recently seen as wholly virtuous by the Left, who never stopped to think what would have happened if India had decided to follow Gandhi’s teachings fully.

Gandhi’s insistence on non-violence in the face of Japanese attempts to invade India was beyond stupid. His ‘soul-force’ and love would not have stopped the Japanese Army murdering and raping its way across Asia. He could afford his pious pacifism only because others, including hundreds of thousands of brave Indians, in the British-Indian Army fought and died in his defence.

Then there was Gandhi’s indifference to the hardship that the mass of India’s population endured. Though outspoken about hunger, he believed the people should exist in medieval austerity. To Gandhi, ‘railways, telegraphs, hospitals, doctors . . . all have to go’.

Peasants should aspire to simple, limited lives, cut off from modernity in their villages, not even needing literacy. What a horrid vision he had for his people. And don’t get me started on his bizarre views and behaviours around sex.

This makes Gandhi a good example of how messy history is. It’s never simple, always ambiguous. You can’t scrub out what you don’t like and Gandhi’s faults don’t mean we should take down his statues. He was a truly significant figure in India’s struggle for independence, as well as being a man of immense personal courage. Indians are entitled to their icons and national symbols, as are all nations, including the British. The Indians are right to commemorate Gandhi.

Even Cecil Rhodes, despite his nastiness, helped shape the modern world. He too should be remembered. As should his crimes and victims.

You don’t serve the victims by eradicating the symbols and relics of the past. You only make those victims easier to forget. I doubt if one person in a hundred knows anything of the bloody imperial escapades that Rhodes supported, but far fewer would know anything if Rhodes were forgotten too. We should have more history, not less.

So let’s keep all our statues and murals. We don’t have to pretend unpleasant things didn’t happen in our country’s past. But we should be equally careful when the Left want to exaggerate and blow up points they think could embarrass us, such as Jeremy Corbyn’s call for a commission to examine our colonial and slave trading past.

I’m sure I will still be muttering this as they nail shut my coffin, ‘Yes, this country did some terrible things, our Empire was based on violence and we once took part in the shocking evil of slavery’ but our record is no worse than that of virtually any other people with a long history, and in many ways we have contributed much to the world.

In recent times we have done more good than harm. And modern Britain, although far from perfect, is a country that I am proud to be a part of.