NewsPaperthe art of publishing
HomeNewsLinehan, Rowling and their Robespierre Moments
214

Linehan, Rowling and their Robespierre Moments 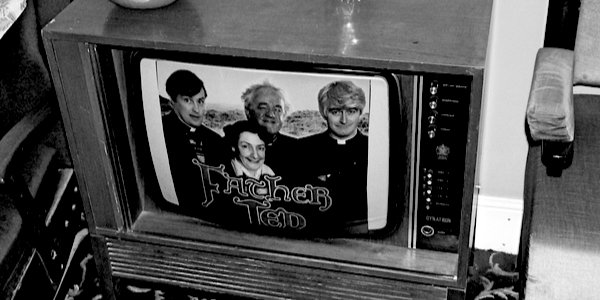 THE Irish comedy writer Graham Linehan has broken down in tears while describing how his life has been turned upside down by trans activists.

Linehan, 53, told a BBC interviewer that his marriage had broken up, his career had been more or less cancelled and his showbusiness friends and acquaintances had turned their backs on him because he criticised transgender ideology on social media. Twitter permanently closed his account in 2020 on the grounds of ‘repeated violations of our rules against hateful conduct and platform manipulation’. The straw that broke the camel’s back for Twitter was Linehan informing the Women’s Institute that ‘men are not women’. This was judged to be unacceptable bigotry. However Twitter, according to Linehan, did not ban people directing hatred and threats towards him.

He has previously told MPs on the Commons communications and digital committee that his speaking up over trans issues resulted in ‘a series of harassment campaigns, including vexatious legal actions, police visits, magazine articles misrepresenting my positions, threatening letters hand-delivered to my home, my wife’s business address released online . . .’

It is disturbing to see a man as full of himself as Linehan once was weeping and looking thoroughly crushed. The trans activists will no doubt be well pleased at the sight of that. Good on him for not doing what most people in the public eye would have done in his position: issue a mealy-mouthed, double-thinking apology and back away slowly.

Yet I find my sympathy for Linehan to be rather qualified.

Before the past few years of cultural war over trans issues did for his career, he appeared to be a typical member of the television elite. His work and his social media posts have hallmarks of that breed: Left-leaning, habitually foul-mouthed, bumptious, militantly atheist, triumphantly juvenile and rather smug. Granted, his signature success, Father Ted, was a well-aimed swipe at the Irish priesthood, and had some good jokes in it (though I can’t remember any), but overall I find Linehan, like most of his generation of writers, to be bafflingly overrated.

Jonathan Ross, himself no slouch in the field of juvenile ‘comedy’, supported Linehan when the trans mob targeted him in 2020 – but after he, Ross, was bombarded with disapproval, he issued a careful statement saying he ‘supports trans women’. For his part Linehan told the Daily Telegraph that he wants to win this argument using reason because without reason he ‘can’t beat the climate-change deniers’. Ah, I detect the language of a radical there.

Linehan, Ross and many others rose to prominence during the great comedy revolution of the Eighties and Nineties, when the tastes, prejudices and opinions of the young, university-educated Left-wing middle class swept all before them, establishing a new entertainment ruling class which subscribed to the emerging Mao-like regulations of neo-Marxist political correctness.

The revolution proceeded apace.  What you could joke about was severely curtailed, and I don’t mean blatantly racist material. The age-old raw material for comedy, be it sex, class, race, social roles, families or money, had to be realigned – or airbrushed out – according to the diktats.

I have written here before about the ironic sight of luminaries from this generation voicing dismay at Woke totalitarianism. In 2018 (which seems decades ago now given recent events) Stephen Fry, a sort of éminence grise of the comedy revolution, was whining about the death of classical liberalism and its chilling effect on liberty in  art and society.

I would imagine there is quite a bit of dismay in the top end of the cultural establishment about just how far into la-la land we have gone, but of course no one says anything for fear of the mob turning on them.

Linehan is undergoing what I call the Robespierre Moment, something that has happened to quite a few members of the old cultural revolutionary class. It will be remembered that Robespierre was having all the fun of the fair in the French Revolution by sending people to their deaths on the guillotine, but one day the mob turned up for him and he suffered the same fate as his victims. Thankfully, the Twitter mob just type ­­– but they have an effect: careers can be ended, businesses can change policies, books can be cancelled, projects mothballed and contracts torn up.

A similar moment occurred to the head of the vast Harry Potter industry, J K Rowling, when she had the temerity to point out some of the high absurdities of trans dogma. Rowling also raised concerns over the safety of women in a world where any man, having self-certificated as a woman without any medical evaluation or diagnosis (which is one of the big aims of the trans movement in England; it was approved in Scotland earlier this month) may have access to women’s changing rooms and other areas and services regarded as being for women only. For this Rowling received a storm of online abuse, and the young people who starred in her films showed the gracelessness endemic in their generation by turning their backs on the woman who made them zillionaires.

Again, my sympathy for Rowling is more limited than it could be. She it was who gave the Labour Party a million pounds during Gordon Brown’s leadership. Alas! Just two years later, Harriet Harman lobbed that hand grenade of neo-Marxism, the Equality Act 2010, at the British public and set so many of today’s lunatic hares running.

Labour’s current leader, Sir Keir Starmer, recently committed intellectual suicide by asserting that trans women are women. His proof that this ex cathedra statement is true is that it is the law.

I may be quite wrong but I wonder whether, prior to their ‘cancellings’, Linehan and Rowling would have loudly defended anyone from a conservative side of politics or culture who found themselves similarly made a non-person by Leftist ideology. Let’s face it, so many people have. Did they speak up when, for example, nurses were disciplined or forced out of their jobs for wearing crucifixes?

It all comes down to liberty in the end and the right to disagree, and too many of our elites are careless about it until it’s too late. As George Orwell wrote, and it cannot be repeated too many times: ‘If liberty means anything at all it means the right to tell people what they do not want to hear.’

There is no doubt that what has happened to Linehan and Rowling is a terrible moment for our civilisation, but it also offers a lesson for radicals  ­­– always read the small print. Or as the French novelist Flaubert said: ‘Inside the head of every revolutionary there is a policeman.’