NewsPaperthe art of publishing
HomeNewsListen to Jordan Peterson, and believe
33

Listen to Jordan Peterson, and believe 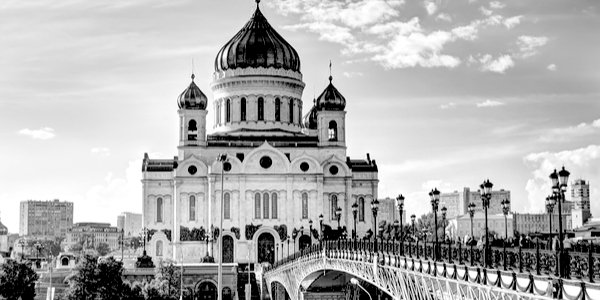 This is the first part of Niall’s review of Professor Jordan Petersen’s new book, Twelve Rules, in which Niall focuses on ‘believers versus nihilists’.

In her book The Russian Orthodox Church: A Contemporary History, Jane Ellis gives a detailed account of state suppression of Christians by atheist propaganda, the KGB, Black Marias at dawn and the Gulag. Then she asks: ‘Why does the Russian Orthodox Church still exist?’ She was writing in 1986, before the collapse of communism. The question was answered in the same way that one might respond today to the young graduate who thinks that social conservatism will be banished by a new world order. The spirit lives on, despite Left-wing dogma, the Equality Act, brainwashing by the BBC and schools and the march through the institutions.

Jordan Peterson, much in the news of late, wants you to believe. He’s no evangelical Christian, but a man who sees the value of meaningfulness in our lives, which he gives the proper noun of Being. Reading his book Twelve Rules, I was greatly impressed by the foreword written by his acquaintance Norman Doidge. Rarely is a foreword so perfectly tuned to the message of the book. Doidge, a psychiatrist and author of The Brain that Changes Itself introduces the problem of a post-religious culture and the vacuous thinking of the university-educated but unenlightened younger generations.

Two ideas dominate the postmodern culture that has emerged since the 1960s. The first is moral relativism. Virtue is replaced by non-judgmental tolerance, with young people signalling their virtue on social media in pursuit of ‘likes’. This is false virtue, because it is self-serving and a mask for intolerance: the long list of hates includes British or English (but not Irish or Scottish) patriotism, suburban or country folk suspected of racism, Christians, Brexit and Tory scum. Lily Allen, for example, inveighing against a remembrance of Rorke’s Drift, or the Left-wing morons who defaced a mural of Winston Churchill with the preposterous daubing of ‘warmonger’. Virtue-signalling is really a vice.

Cultures vary in rules and customs, but relativists overlook what they share. All cultures have a need for rules and customs, and many of these rules and customs are fundamentally similar, whether in Tahiti or the Thames Valley. That’s because we are moral animals. Doidge mischievously suggests: ‘Sccccratcccch the most clever postmodern-relativist professor’s Mercedes with a key, and you will see how fast the mask of relativism and the cloak of radical tolerance come off.’

Alongside moral relativism is ideological absolutism, as displayed by the Corbyn cult. This brooks no compromise, and harbours none of the historical fact that would deter utopian illusions. We know more than enough of radical socialist regimes that restart the calendar at Year Zero, and the millions who died from starvation or persecution in the vain promise of equality. Yet Corbynites see no problem in principle, and will only grudgingly concede a problem in application.

Doidge remarks on the incompatibility of these ideas: ‘Millennials sign up for a humanities course, to study the greatest books ever written. But they’re not assigned the books; instead they are given ideological attacks on them, based on some appalling simplification. Where the relativist is filled with uncertainty, the ideologue is the very opposite. He or she is hyper-judgmental and censorious, always knows what’s wrong with others, and what to do about it.’

Perhaps the tide is turning. As a lecturer I am encouraged by a minority of students (typically not white middle-class) who reject the stifling group-think, seeing its contradictions and impracticalities for the real world. Young people are beginning to flock to Jordan Peterson, seeing him as a spiritual guide in their spiritless lives. As Doidge described, the stranglehold of cultural Marxism in enforcing a sense of victimhood has no permanence: ‘One might think that a generation that has heard endlessly, from their ideological teachers, about the rights, rights, rights that belong to them, would object to being told that they would do better to focus instead on taking responsibility. Yet this generation, many of whom were raised in small families by hyper-protective parents, on soft-surface playgrounds, and then taught in universities with “safe spaces” – schooled to be risk-averse – has among it millions who feel stultified by this underestimation of their potential resilience and who have embraced Jordan’s message that each individual has responsibility to bear. The extent of this reaction has often moved both of us to the brink of tears.’

Back to the Russian experience, and the persistence of faith and free will amidst proletarian passivity. In the decades of gloom for Christians, the candle was lit by Muscovites at the few places of worship permitted by the authorities, such as the Church of the Icon of Our Lady of the Sign. One of the worst acts of vandalism was the destruction, on Stalin’s order, of the Cathedral of Christ the Saviour on the bank of the Moskva river. It was to be replaced by an enormous statue of Lenin, although this was postponed by Hitler’s invasion. After dissolution of the Soviet Union, the cathedral was rebuilt on the site. If you ever go to Moscow, be sure to visit this monument to hope and resilience. It’s a deeply affecting place, for it proudly declares the triumph of meaning over nihilism.