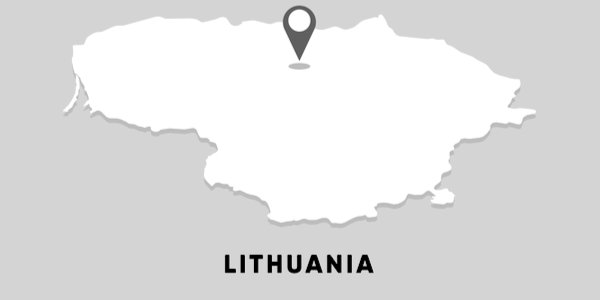 WE ARE separated. The fuelled segregation broadens amongst the citizens within the countries, which are separated on a world scale too: by travel restrictions, individual management of the pandemic, indolent media aligned with the voice of government and lack of coordinated news about resistance in each country. Some of them, not necessarily hit by the highest rate of Covid deaths, are now being hit by the stark tyranny of government, whilst others are seemingly (or ostensibly) returning to normality. Has it ever dawned on you that it is to lull some of us into bystanders whilst reducing the probability of co-ordinated global resistance? Can any bystander, individual or country, remain convinced that they are not in the queue to become another pilot site for the medical, social and political experiment?

Lithuania is the unlucky one. I am leaving brighter minds to conclude whether the current situation there is somehow shaped by the intentions and agreement with the WEF to establish the fourth industrial revolution research centre in Lithuania. I can only refer to the phrase of the Lithuanian Health Minister that necessity of the booster jabs ‘will depend on those who set the rules of the game’.

‘The game’ must have started earlier but gained speed from September 13, when a domestic Covid pass came into full force. It is called OP – ‘Opportunities Pass’. Could a more ironic and offensive name be chosen? The authority takes away one’s opportunities and then mercifully returns them, subject to one’s obedience, as some condition of privilege that places one in a position of moral superiority to those who decided not to accept experimental mRNA vaccines.

Lithuanian citizens without an ‘Opportunities Pass’ are barred from:

–      using libraries for anything but exchanging books;

–      using technical repairs or services where the contact takes more than 15 minutes, including banking and insurance services;

–      students from staying in residence premises or entering universities;

Restrictions on public transport are in government plans, subject to adequate control provision.

Use of health services depends on individual institutions. Some outpatients have been refused services, whilst the footage from one pharmacy went viral on social media, showing a pharmacist refusing to sell medication needed for a 12-month-old child because the parent had no OP.

One can get an OP which is valid for two months either after vaccination or by proof of recovery, or by presence of sufficient antibodies (changed three times and yet to be determined), or by self-testing – to prove that one isn’t ‘a danger to the society’. However it is a matter of control rather than safety.

It is now widely accepted that the vaccine does not prevent transmission, so how do the vaccinated and non-vaccinated differ in the context of danger to public health? On which grounds one group is restricted and another privileged? It seems that there is only one reason: obedience, and the OP as a medal for obedience.

Gradually, a part of Lithuanian society became separated and branded as uneducated opposers to progress, believers in a flat Earth, danger to the society, rednecks, homophobes, Russian agents, selfish ballast worth dying, defenders of traditional families who are lustful and primitive, criminals, perpetrators to the state and government. This vitriol is being spread by MPs, MEPs, celebrities, journalists, publicists and socialites. We wonder if verbal hatred repeated long enough can lead to physical attack.

Grossly disproportionate and authoritarian restrictions and the decision to vaccinate children has united Lithuanian citizens of all nationalities and beliefs, including those who are vaccinated but refuse to take OP and use its privileges. People are fed up with distorted reality: the contradictions, illusions, confusions within pandemic management and its presentation in Lithuania would be too long to set out here. People are saddened by the growing number of suicides, by far exceeding the number of Covid deaths. Recent cases were a teacher and medical consultant.

We will not be silenced any more, and the social opposition grows. And why not? Shouldn’t people feel betrayed by a government which places itself above the law it should be bound to obey? A government which fails in its duties, manipulates facts, statistics and situation no longer has a moral right to ask for obedience. But it is only our obedience that is an essential prerequisite for the government to remain, and we refuse to co-operate with an illegitimate narrative.

The newly established Health Law Institute has consolidated the brightest intellect – well-trusted specialists with the highest credentials in law, medicine, pharmacology, public health, whose voices simply could not be doubted or silenced. The Institute is offering Government dialogue, open debates and unfettered scientific discussion leading to a proportionate, legitimate and effective solution to control Covid. It also offers legal support to those whose rights and interests have been breached and encourages people to report any adverse vaccine reactions. Many Lithuanian citizens have lost belief in any dialogue, but at least now they have legal and moral support from the best lawyers of the country. Refuseniks also have support of Lithuanian Trade Unions, individual MPs, and the Small Businesses and Individual Tradesmen Association providing services to those without OP. A boycott of a big shopping centre has reduced its turnover by 30 per cent, and trade giants are nervous.

One MSM newspaper is supporting citizen rights, as are numerous alternative media channels and growing organisations such as Lithuanian Family Movement and Lithuanian Resistance to Occupation Centre. A referendum is on the cards, and it would not surprise me if the question of government resignation is raised.

It becomes more and more difficult for the government to achieve that unattainable paradise of ‘back to normal’ with the 90 per cent of vaccinations they seek. The victims of Stockholm syndrome may carry on with the boosters believing in the benefits of personalised medicine, from which it is a very small step to the dawn of human augmentation. It is their free will. But there are those who want and will be protecting their rights, their children and their DNA helixes carried through the family roots, history, centuries and memory, genetic and evolutionary. We don’t want distorted reality, we want to know who we are and remain free. 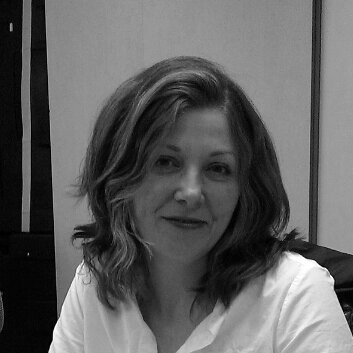 Emilia Mituziene
Emilia Mituziene studied chemistry and engineering in Lithuania, where four generations of her family have been subject to Stalin repressions and Siberian gulags. She moved to the UK in 2007 and is now a director of a medical recruitment consultancy.