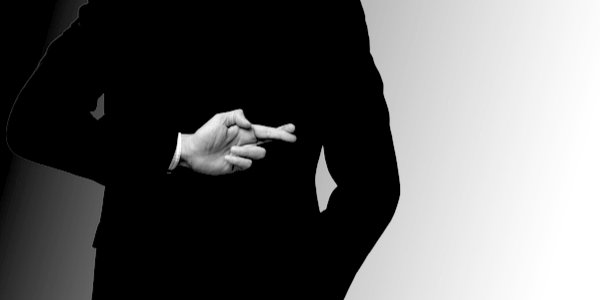 LAST Monday, I told my boss that I would have to leave early on Thursday for a doctor’s appointment. She said OK. Later in the day, I checked my calendar and realised that my appointment was on Wednesday, not Thursday. I went back to her desk and said, ‘Hey, I misspoke: my appointment is on Wednesday, not Thursday.’ Again, she said OK. My choice of the word ‘misspoke’ was not very hip. The fashionable way of putting it would have been ‘I lied.’ But I didn’t say that because I am more concerned with being accurate than trendy.

I’m sure you’ve heard this. You go to your local pub for dinner and the cool guy waiter with the-only-thing-I-care-about-is-not-caring attitude reads you the night’s specials, one of which is fish tacos. You order the fish tacos. He leaves your table, goes into the kitchen to put in your order, and promptly returns to report, ‘I lied. The chef just told me that we’re out of the fish tacos.’ But did he lie? Or was he just unaware of the fact that, prior to his reading of the night’s specials, the kitchen had run out of some or all of the ingredients required for preparing fish tacos?

A ‘lie’ is defined as ‘a false statement made with deliberate intent to deceive’, while ‘to misspeak’ is defined as ‘to speak inaccurately or too hastily’. Did I or the waiter have any intention of deceiving my boss or his customer? I certainly don’t want to jeopardise my job by deceiving my boss, and I can’t see why anyone who is working for tips would want to deceive the person who is paying a portion of his salary for the night. I believe I spoke inaccurately, while the waiter spoke too hastily.

Why is this? Why has it become trendy to announce to the world that one has lied, when clearly one hasn’t? Some might chalk it up to lousy vocabulary or lazy word choice. I reckon it is a symptom of a bigger trend: virtue signalling by saying something that indicates one is kind, decent, and virtuous. By confessing right there, on the spot, the self-proclaimed liar is attempting to prove his virtuousness to anyone in earshot who might happen to be listening. He has essentially turned your dinner table into a secular confessional. But unlike the Christian sacrament of penance, which is performed in extreme privacy, the secular version is done on the public stage. These prigs have no notion of ‘doing good works in secret’ because, after all, what good is a good deed if no one knows about it? And any negative aspects associated with being thought of as a liar are immediately washed away with the decency attributed to him from this supposed act of sincerity. The fact of the matter is, they are being wholly insincere, because the only thing they are lying about is lying itself.