NewsPaperthe art of publishing
HomeCOVID-19Lockdown Summit: ‘The Government has frightened us senseless’
401

Lockdown Summit: ‘The Government has frightened us senseless’ 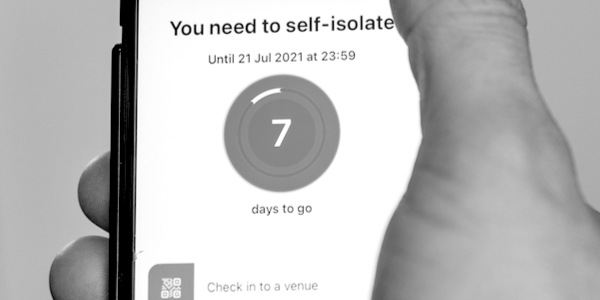 MY favourite observation from Saturday’s Lockdown Summit came from Daily Sceptic editor Toby Young. Describing our volte-face Government, he said they had changed from ‘the Stasi to the Keystone Kops.’

It’s funny and astute, but the nightmare imposed on us by Johnson, Ferguson, Whitty and Vallance isn’t. We have lost count of the number of U-turns the Tories have executed and are confused about the maze of restrictions and conflicting directives that change almost daily.

Look at the latest advice on the ‘pingdemic’ caused by the NHS Test and Trace app sending into quarantine anyone alleged to have been contact with a positive Covid case. Investment minister Lord Gerry Grimstone said people were not under any legal duty to follow the app’s guidance and could still go to work while Number Ten said that businesses should be supporting pinged employees to self-isolate.

It was in an attempt to provide some perspective and sensible answers that Dan Astin-Gregory, the broadcaster whose Pandemic Podcast has consistently given a voice to scientists, doctors, economists, journalists and lawyers challenging the pandemic narrative, facilitated access to some of the brightest minds analysing how our world leaders have responded with Saturday’s event hosted by Question Everything.

The mission: ‘To critically evaluate the global response to Covid-19 and present a series of responsible pandemic exit strategies to help ensure that total harms are minimised.’ The conference was held at the Cavendish Conference Centre, central London, not far from the BBC in Portland Place. Around 80 people attended in person while it was livestreamed to 250,000 around the world. There were 18 distinguished speakers, some who joined via video link from as far as South Africa and the US.

They had all pored over the figures and facts, looking for the logic in government policies. Dr Lee Jones, reader in international politics from Queen Mary University of London, said: ‘This has been a highly disorganised response by a government making it up as they go along. They don’t know what they are doing. Parliament is delinquent, it declared itself non-essential by suspending themselves and sending MPs home while cleaners and bus drivers carried on as normal.

‘We now live in a culture saturated by fear. We were told we would die of AIDS, bird flu, of war in Europe after Brexit . . . but we are still here.’

Particularly interested in the economic crisis was actuary and private equity investor Nick Hudson who in April 2020 helped establish a group of multi-disciplinary professionals who form PANDA (Pandemics – Data & Analytics). PANDA are clear that the global reaction to Covid, and lockdown in particular, is overwrought and damaging to the point of damaging the fabric of society.

Britain has a £2trillion debt for the first time because of Covid measures. Hudson said: ‘No government conducted any kind of lockdown cost/benefit analysis and early research showed that there would be zero benefit from lockdown.’ He also pointed out that although the over-80s are 1,000 times more likely to suffer from Covid, children are mentioned 100 times more often than the elderly. This is to play into our deepest fears, that we must protect our sons and daughters, and fear makes us easier to manipulate.

Analysing measures that the government has used to keep us ‘free from fear’, Frank Furedi, professor of sociology from the University of Kent, said they had had the opposite effect. He asked: ‘Are people walking around saying “we feel safer”? We feel far more insecure and anxious than ever. Every time we give up our freedom for safety, the less safe we feel.’

Children and women vulnerable to domestic violence were on the agenda because during the first three weeks of lockdown, 14 women and two children were killed in their homes, while 400,000 children have sought help with their mental health.

Child and adolescent clinical psychologist Dr Zenobia Storah was unequivocal. She said: ‘We have totally failed children this year. It is totally obvious if you close schools it is going to cause a crisis. Children become invisible.

‘There’s something wrong with the values of society when they start imposing punishments on children for what is a relatively low risk to the elderly.’

But, she said, fearful parents are not listening. Jones, who insists she does not want her grandchildren to take the jab to protect her, explained that scaremongering was taking effect: ‘Seventy per cent of parents want their children vaccinated,’ she said.

Project Fear is responsible for this reaction. The terror promoted by the BBC and mainstream media was touched on by Luke Johnson, former chairman of Channel 4, who said: ‘Our [UK] propaganda has been the most effective in the world, the government has literally frightened us senseless.’

One country came in for praise – Sweden. They have been our control group since March 2020, focusing on building herd immunity in their population rather than locking down their population and removing their liberties.

Doom-mongers predicted that this ‘reckless’ action would end with 90,000 excess deaths. PANDA’s Nick Hudson explained: ‘By the end of the year, they had suffered no more than between zero and 7,000 excess deaths, depending on how you run the numbers. Sweden had an abnormally low death rate in 2019 so 2020’s figures included the build-up.’

David Paton, Professor of industrial economics at Nottingham University Business School, praised Sweden’s anti-lockdown strategy for saving their economy. He said: ‘The UK took a 10 per cent hit to its gross domestic product (GDP), while Sweden only suffered a 2.1 per cent hit.’

The last word should go to actuary and PANDA co-founder Peter Castleden who described the measures that increase your risk of a poor outcome if you contract Covid. He said: ‘Obesity and anxiety were the top predictors. So what did we do? We stopped people exercising and filled them with fear.’

It is left to us to ask, ‘Why did our government spend our hard-earned taxes on measures that would only make things worse?’