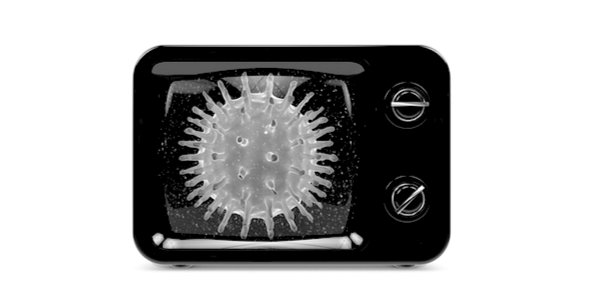 TWO weeks into the Great Lockdown Experiment – finding out what happens when you shut down the developed world to suppress a virus and whether it doesn’t do more harm than good – and talk is finally turning towards an ‘exit strategy’. How on earth are we going to get out of this massive hole we’ve dug for ourselves?

Some are starting to wake up to the fact that we might be safe in the hole from the virus, but the virus is not the only thing that can kill us, and neither is mere survival the only thing important in life. Just think how many people are having to die without family by their side, with almost no one allowed to attend their funeral, to see one example of the costs to basic human decency that this infernal quarantine is inflicting on us all.

Buzzfeed’s Alex Wickham reports on the various factions in government vying over what happens next, from the super-cautious to the it-can’t-happen-fast-enough, and the scientists who have been charged with coming up with a plan. Giving this job to scientists would seem like a mistake, however, as it is fundamentally a political judgment, not a scientific or medical one, albeit one informed by the best medical and scientific advice.

Much of the worry seems to revolve around averting a more deadly second wave of the virus, with talk of keeping some form of restrictions in place until a vaccine is available, which may be 18 months or longer. This is a change from the ‘flatten the curve’ model we’ve been told we’re following so far (which just aims to relieve peak pressure on the NHS) to a full-on attempt to cocoon the population until they can all be inoculated. It is a much bigger ask.

Right now, though, a second wave is very hypothetical since the first wave is yet to hit fully, with northern Italy being the only place in Europe so far to register above average overall mortality. As the restrictions ease in Wuhan all eyes are watching to see whether the outbreak reignites – but how much do we trust what the Chinese tell us anyway?

Meanwhile, the lockdown in Europe and America is starting to bite. In the UK the extreme nature of the Government’s policed national house arrest programme has manyunderstandably asking the question: does Covid-19 justify it – is it really as bad as we have been told? Is it really inflicting so many more deaths than usually result from seasonal flu-like viruses?

In my last post, I noted that many virologists, immunologists and epidemiologists around the world have said they think the death rate from Covid-19 is of the order of 0.1 per cent, which is the same as flu. Now one of the world’s leading virologists and influenza specialists, Professor John Oxford of Queen Mary University of London, has added his voice, saying: ‘I would say the best advice is to spend less time watching TV news which is sensational and not very good. Personally, I view this Covid outbreak as akin to a bad winter influenza epidemic. In this case we have had 8,000 deaths this last year in the “at risk” groups, viz over-65 people with heart disease etc. I do not feel this current Covid will exceed this number. We are suffering from a media epidemic!’

I wrote also about preliminary evidence from widespread global testing suggesting that, rather than an exponential spread, the virus is likely to infect only up to 15 per cent of the population (and indeed may have done so already) and this spread is largely independent of the measures taken to suppress it. I am told that 15 per cent prevalence is very typical for coronaviruses.

From this, a simple calculation shows that if Covid-19 infects 15 per cent of the UK population of 66.4million, 9,960 people are likely to die of the virus (this is not the same as those who die with the virus, which is the death toll reported in the media and may be significantly more). In fact, the numbers may turn out to be a bit higher as the mild flu season this year means there are a greater number of people at risk from such a virus.

The figure is also notable in being around the same as the 5,700 which Neil Ferguson, lead author of the lockdown-inspiring Imperial College report (which, incidentally, has never been peer or externally reviewed in any way) says may occur now that we are following extreme lockdown measures.

The problem now, as we enter what is anticipated to be the crucial peak phase of the virus, is that both those who called for the lockdown and those who think it is, to quote noted virologist Sucharit Bhakdi, ‘grotesque, useless, self-destructive, collective suicide’, predict around the same number of deaths.

How then will we know what difference the lockdown has made, and whether it is worth the stupendous cost in terms of liberties and livelihoods?.

This is hugely important, of course. It affects how soon we can all get back to work and to normal, and it affects what we will think is a reasonable response in the future, both to new waves of the Wuhan virus and to similar epidemics.

Yet with most developed countries following a variant of the most extreme measures, there is a real risk there may be few comparisons that will enable us to determine the true impact of lockdown in contrast to much lighter and less costly measures.

Sweden, assuming it holds its more liberal line as deaths attributed to Covid-19 mount, will be a very important case study, though the other variables there, especially low population density, will complicate the picture and give the defenders of lockdown some wiggle room.

The coming battle over whether the Great Lockdown was worth it will be among the most important arguments of our generation, and it is one the lovers of liberty must win (assuming of course that the evidence remains on our side). It is imperative that we succeed in demonstrating beyond doubt that the level of threat from viruses like the Wuhan coronavirus does not warrant such extreme and costly measures, that there is better science to listen to than the prognostications of the over-cautious doomsayers, and there are much better ways of handling the risks.