NewsPaperthe art of publishing
HomeCulture WarsLooming over us, the Left’s cathedral of wokeness
0

Looming over us, the Left’s cathedral of wokeness 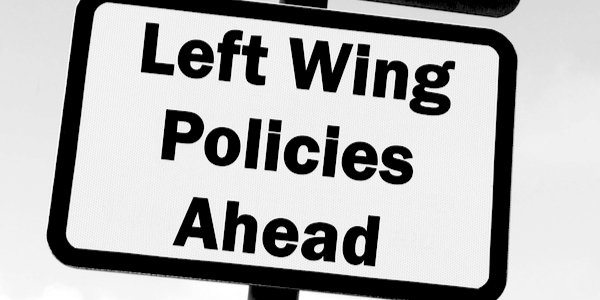 FOR a group of people who are forever claiming to be attacked and persecuted, progressives certainly are an aggressive bunch.

Despite incessant, high-pitched screams that ‘there’s never been a worse time to be a woman / ethnic minority / LGBTabcxyz,’ any non-partisan spectator – perhaps one from Mars – would observe that conservatives have been giving up ground to the Left for decades, if not centuries.

Even the name of the movement itself suggests an advance. If ‘progressives’ must progress, what are they forcing their political opponents to do?

Naturally, admitting such a blatant fact is anathema to the purveyors of progressivism, which now represents mankind’s greatest-ever intellectual delusion. Even the wildest fancies of Scientology – Dianetics, thetans, ‘space opera’ – seem reasonable in contrast.

Examples are ubiquitous. Most recently we have seen the 180-degree switch made by the American Left. They now say that while 2016’s election was riddled with fraud and interference, 2020’s was beyond refute.

Then there’s the Left’s disingenuous love for ‘diversity’, which entails diversity in genitalia and skin colour only. Diversity of opinion is strictly forbidden.

The issue of women in modern society is also argued from a position of ill-faith. Despite on the one hand asserting that sexism is rife, the Left on the other denies the very existence of biological women – preferring instead ‘people who bleed’. These are all political clubs designed to beat their opponents around the head with, caveman-style.

There are hundreds of intellect-debasing examples that could be listed here. What links these arguments is their intellectual consistency, which is approximately zero.

Herein lies the problem conservatives face: They expect their opponents on the progressive Left to make sense, or at least for them to argue in good faith. They don’t.

If you hadn’t already noticed, arguments are structured for the progressive side to always triumph. Territory is always prepared by the Left – hiding like Vietcong fighters in dugouts. Conservatives stumble forward into the ambush, only to be quickly and inevitably routed.

The Right has given up ground to its ideological opponents without a single utterance of gratitude from them at any point along the way. This is a key lesson that the Right never learns: Your opponents will still hate you, despite you acquiescing just one more time.

For years, those on the Right have been like parents with an unruly child: The more it screams, the more they cave in. So it’s hardly any wonder that having learned that its wails work, the child resorts to ever louder episodes of malformed rage.

What makes this all the worse is that this fury is effectively targeted. Like a hyper-focused, gamma-ray laser, the Left is able to ‘spontaneously’ organise around specific issues with incredible energy.

It’s lying in wait for the next opportunity to latch on to an issue. How else do you think Left-wing groups are able to turn up to demonstrations, all kitted out with professionally-produced placards?

Opposite these efforts stands a more numerically numerous, but far more ideologically diffuse, opposition – whose efforts are like Napoleonic-era grapeshot against the aforementioned laser; a match-up which never works in the Right’s favour. Pew-pew.

The Left’s deceit runs deeper – it’s structural. Take for example, one of the shibboleths of Western political systems, separation between church and state.

Perhaps we’ve been deluding ourselves. If a church is merely an organisation or system that provides – or at least, purports to provide – ‘higher truths’, then our political system is ridden with religious fervour.

We have just dumped the precepts of Rome or Luther for ‘truths’ emanating from modern truth-producing centres – universities, the media, think-tanks, cultural organisations. What are the lecturers of various ologies if not priests making utterances from their pulpits?

Adhering to the precepts of this modern clergy becomes a prerequisite to advancing in society. In 1673, the Test Actsensured that only those taking communion in the established church were fit for public office.

We are back at a similar state of affairs. Belief in the modern cathedral of progressivism is now a prerequisite to advancement if you want to enter modern, highly ideologically homogenous professional networks.

Holding these beliefs acts as a status marker and offers a greater chance of economic and societal success, thus feeding ambitious people into the system. Now thoroughly embedded throughout almost every institution in society, progressivism has become a self-propagating machine.

I doubt that I am alone in having a rapidly growing sense of apathy towards politics. It doesn’t seem to matter what happens, the Left always wins.

In recent years, we’ve had our victories – Brexit and Trump. The former may just still happen – if Carrie doesn’t choose otherwise – and Trump may fall victim to voting ‘irregularities’ that would make Kim Jong Un blush.

After being taught for decades that the democratic process was the way through to implement change, it is clear by now that this change can only be unidirectional.

The behemoth of the modern ‘democratic’ state – rather, ‘technocratic’ – has been so infected with the mind-viruses of the Left that I am increasingly doubtful that any change can be affected at all.

If the electorate does rebel and decide to go against the current, this choice will be assailed from every side – like a gazelle taken down by a pack of jaguars on the savannah.

Of course, despite the obvious machinations against anything that contradicts our world’s leftward march, we are reminded at every turn of the importance of our democracy.

In 2020 Britain, you can be certain that anything prefixed with ‘our’ is in a deep state of malfunction, only propped up in its current form to further the vested interests of a modern-day oligarchy.

The Left beats you round the head with endless, disorientating madness. Progressive frenzy follows inevitable progressive frenzy. Society is taught to repeat lies – and gradually comes to believe in them.

After all, the cost of not doing so is too great. Obvious deceits – screamed with religious conviction – are held to be our highest truths. Failure to do so will just get you burned at the stake.

It’s all so fatiguing. It’s like a zombie film in which wave, after wave, after wave of the undead charge headlong into humanity’s last redoubt. Through sheer attrition, the attackers wear the defenders down, having beforehand skewed the battle in their favour. To date, the Right’s response has been woeful, with a few notable exceptions.

In the world of investing, it’s said that the market can be wrong longer than you can stay solvent. Politically speaking, that’s where we have been for a long time. How do we hasten this much-overdue market correction?