NewsPaperthe art of publishing
HomeNewsLouise Kirk: Even the Pope can have women friends
5

Louise Kirk: Even the Pope can have women friends 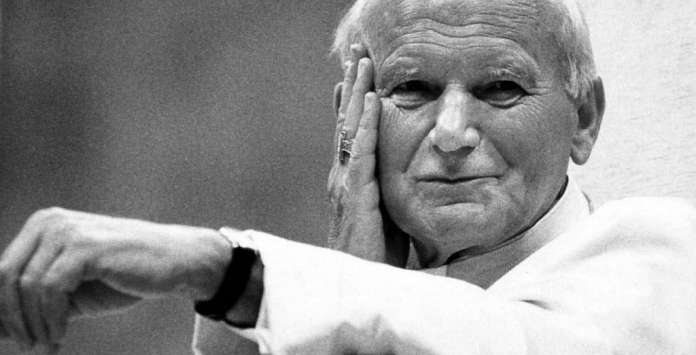 My young friend Amy was taken aback. She had been messaged by an unknown girl who was suspicious of how her boyfriend might be behaving among the girls at work. Was he close to them and did he speak to them?

Was Amy herself being accused of flirting with this boy? It seemed unlikely, given that Amy had to scratch her head hard even to recollect who Paul was. She then remembered him as a quiet boy who kept himself to himself. If he socialised at all, it was among the other lads in the hotel. Shift duty divides people up and there’s not that much time for banter anyway.

So Emily – let’s give her that name – must have been messaging an awful lot of girls in her agony of jealousy.

Being kind-hearted, Amy actually replied. But nothing she could say could relieve Emily. Friends had already assured Emily of Paul’s innocence. Paul himself had presumably declared the same. But Emily appeared to be working herself up into a state where she wanted her suspicions confirmed.

It made me wonder what Emily would even count as flirting. Would common manners, such as opening the door, or offering to carry a heavy load? Was she really upset at mere conversation?

I remember my father being a winner with his secretaries because he could name their perfumes. Many years later, I met one from “the pool” and her eyes lit up at the memory of him. Spare secretaries were invited to Christmas lunch, and it never occurred to any of us, my mother included, to question my father’s motives.

With all the talk today of sex, people have forgotten the value of friendship, and of the innocent pleasure that can be had from the interplay of male and female in every quarter of life. Hence the ridiculous furore around the revelation that John Paul ll had firm friends who were women.

We are designed for one permanent and exclusive sexual relationship, if marriage is our calling, but that doesn’t mean we are intended to have no further warm relationships with people of every sort. In fact, it is one of the miracles of marriage that the more committed you are to the one person, the more open you are to everyone else.

I remember remarking on this when I was first married. Suddenly, my husband’s bachelor friends relaxed with me in a new and delightful way. I was no longer a potential threat.

The excellent book Living the Truth in Love: Pastoral Approached to Same-Sex Attraction shows the same in reverse. It describes what happens when marriage is merely mimicked. Apparently, males who “marry each other” have a tendency to become more promiscuous than if they had never “tied the knot”, while females often become claustrophobically possessive.

The book, edited by Janet Smith and Fr Paul Check, is composed of a series of papers by different experts in the field, including those who have experienced same-sex attractions themselves. Its purpose is to find out if there is any way in which physical bonding adds to same-sex friendships, and it can find nothing.

Sexualising intimacy has done as much harm to friendship as it has to marriage and family life. Perhaps it is time we were readier to come to its defence, especially in the way that we teach the young.

What made Amy start as much as anything else was Emily’s inability to trust her friends. Why did she feel the need to turn for help to a complete stranger?