NewsPaperthe art of publishing
HomeNewsLouise Kirk: We should listen to this judge. Marriage means happiness
12

Louise Kirk: We should listen to this judge. Marriage means happiness 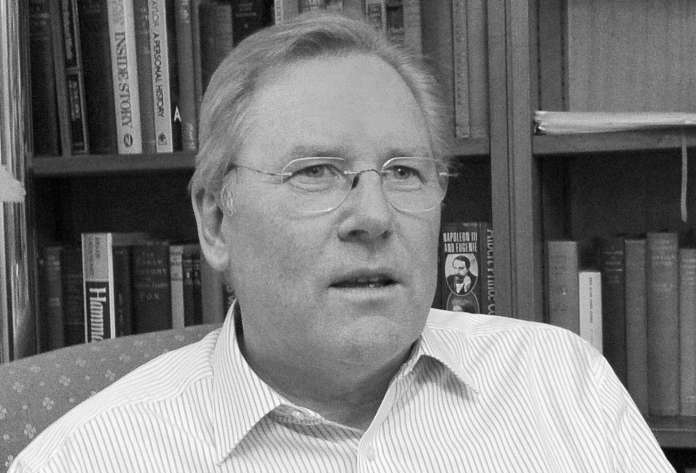 David Cameron likes making a splash. Just recently it was: “A million more people with mental health problems will be treated every year in a ‘once-in-a-generation’ reform of care services.”

That’s an awful lot of people. Are there really a million people suffering from mental health disorders not being treated at the moment?

And if so many, what is being done to prevent such a crisis in the first place?

Mental illness is debilitating in the extreme. I suffered from it myself when I was young and wouldn’t wish it on anyone. Its causes are many, including genetic, and putting more money into understanding and treating it must be a good thing.

However, not putting equal efforts into containing the scourge is bizarre. Is it because it would point in a direction that no politician wants to venture too far down, the problem of our broken, unmarried homes?

Sir Paul Coleridge said as much last week on BBC 2’s Victoria Derbyshire show. He made the bold statement that family breakdown is now so serious it should be treated as a public health issue, like obesity or smoking. His statement has been greeted with media and government silence.

Coleridge’s suggestion is, however, serious and should be taken as such. After all, he spent forty years at the coalface of our broken society, working first as a barrister and then as a judge in our Family Courts. He has seen how the anguish of broken relationships causes people to behave irrationally, violently. Deeply disturbed emotions easily translate into mental disorder, among the adults and especially among the innocent children caught up in their parents’ animosity. So moved is he by what he has seen that a few years ago he set up his Marriage Foundation to find ways to promote sound families.

The Marriage Foundation is producing arresting statistics. Children born in the UK today have a shocking 50/50 chance of being with both birth parents by the age of 15. They are 8 times more likely to be without both parents if the latter have never married (i.e. marriage is key to stabilising society). Relationship breakdown costs the UK taxpayer over £47 billion per year.

That last figure at least should make the Government perk up. £47 billion? How much does cigarette smoking cost? Or obesity?

The statistics go on. Family breakdown is not equally distributed across the board, but is heavily concentrated amongst those who least can afford it. Those mothers with young children who marry are four times more likely to come from the richer echelons of society. Of mothers with children under five, 87 per cent are married if household income tops £45,000, but only 24 per cent where it falls below £14,000.

This divide between rich and poor is new. Before the 1970s, marriage uptake among those in social housing and those with private mortgages was the same, at an impressive 90 per cent. The gap has recently begun to narrow, but for the bad reason that middle-earning families with young children are moving away from marriage. The figure of 84 per cent marrying in 1994 fell to 59 per cent in 2012, a drop of a quarter in only 18 years.

Research the world over repeatedly shows that, on any count, married families have the best outcomes for all parties, be it for health, happiness, academic achievement, longevity. There is one statistic which may not be known and that is the 20-30 per cent raised income typically earned by the men who marry the mothers of their children.

The easiest place to start is with the children, and there is even a subject in the curriculum ready to act as a vehicle. The trouble is that most of our country’s Personal, Social, Health and Economic Education (PSHE) wilfully ignores all that I have quoted above. It is too un-politically correct to suggest that any of us should have any discipline over our sexual behaviour, other than respecting people’s “consent”, whatever that might mean, e.g. to a youngster who is drunk and doesn’t know his/her own mind, let alone that of anybody else.

It is also politically charged to suggest that there is a difference between marriage and “stable relations”. The two are so liberally banded together in PSHE that children can be forgiven for not knowing that one is in anyway preferable to the other.

What a travesty of adult responsibility that we should teach children in this way. For a start, you only know that a relationship is “stable” by looking back on it historically. How many youngsters, especially girls, have been caught up in what they expected to be a “stable” relationship only to have it thrown back at them a period later? Years ago, a wise elderly doctor, John Guly, told a group of us parents that in his GP surgery he regularly tended to teenage girls suffering from “widows’ syndrome” and the depression they suffered lasted months and even years.

Marriage, by contrast, makes a solemn public promise of fidelity on which to build the new relationship. It is a free act of the will entered into by both parties, a serious undertaking, expensive in time and money, which demands more of the couple and gives them more in turn. The celebration gives it a kick-start and brings together the wider family and friends in support.

“Stable relationships” are more easily drifted into than sorted out. Sometimes at least one person feels stuck in a rut. In others, one of the partners longs for the solidity of marriage. This happens unfairly often to women, especially if they have or want children.  Relationships which only approximate to marriage not only regularly break up, but are prone to charged emotions, prime among them being lack of trust.

Sir Paul Coleridge comments that the vast majority of young people aspire to marriage but need help to put their instincts into practice.  On the other side of the world, Christine Vollmer, working initially among poor single mothers in Venezuela, says exactly the same thing. It is not the yearning for marriage which has failed, but the transmission of those values which lead to it. Young people are rudderless in a confused age and are not being shown how to direct their instincts and emotions.

Vollmer created her international Alive to the World school programme to give those values back to children. I work with her as her UK Co-ordinator because it seems to me that there is nothing more important than giving children the solid foundation on which to build the families of the future.

Recent news in the English press hasn’t all been bad. This last week saw an announcement by Nicky Morgan that PSHE will continue to be a non-statutory subject. This is despite tireless pressure from the sex education lobby to make their own brand of miseducation compulsory.

We continue to have an opportunity to restyle PSHE to guide children, especially those from the poorest and most broken homes, towards marriage. It is not easy, but it is possible.

The need is imperative. It is time that we recognised that sex is an intimate, private action most important to the public good.

Share
Facebook
Twitter
WhatsApp
Email
Previous articleReader’s Comment of the Day: The Lib Dems are funded by the EU
Next articleKathy Gyngell: Without Nigel Farage our timid Cabinet ministers would still be lying low