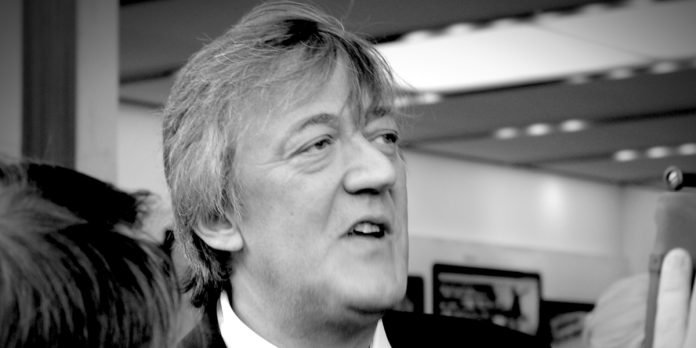 THE revered British actor and National Treasure, Sir Bertram Bartholomew, best known for his role as Reginald Vine in the detective series Send for Vine, Where’s Vine? and The Return of Vine, joins funnyman Stephen Fry in calling on the public to support Extinction Rebellion. From his summer home in Bermuda, Sir Bertram gave TCW Defending Freedom his reasons for proffering his call to arms.

It is often assumed that we, the elite members of the noblest profession, are privileged individuals who live in a world of make-belief and artifice. Nothing could be further from the truth. To become an actor of one’s standing one must become the person whom one seeks to represent. Not only that, one must investigate in meticulous detail the circumstances surrounding every role. It is through such research that one can rise above the mediocrity that one observes in the likes of DiCaprio, Cruise and Hanks. I recall my dear, dear friend Michael (Caine) saying, ‘Not a lot of people have your gravitas, Bertie, my old mucker’. He was right, of course, but I digress . . . where was I?

Oh yes! It’s about the climate, isn’t it?

Yes, I have little doubt that the halcyon days of the past are gone for ever. No more will we be able to sit under a spreading chestnut tree and engage in witty banter about unfortunate colleagues who froze on stage; no more will we sit at the Café de Flore in Nice sipping Beaujolais as we learn our lines, and no more will we venture to the Matterhorn Glacier Paradise for a film launch. I am reliably informed by the BBC and others that soon the chestnut will be a rotting hulk, Nice will be inundated, and the Glacier Paradise nothing but a puddle.

Some people say that poor weather has always been with us. But they have been cruelly misled. For example, it was said that heavy rain slowed the assaults by the French at Agincourt and Waterloo. I have to tell you that I appeared in both of those productions and there was not a trace of mud. I can assure you that had those films not been historically accurate in every detail, neither Larry Olivier nor Orson Welles would have gone near the set, avid disciples of the Goddess Veritas that they were.

On the other hand, great writers have often foreseen what is to come in ways that we ordinary mortals cannot. Take Steinbeck, for example. In the days before droughts and floods, did he not offer a prescient warning about what might happen in the future with his depiction of dusty wastelands in The Grapes of Wrath? And what about the Bard himself? Now I realise that The Tempest, written at a time when inclement weather was unheard of, was a warning to his audience that if they did not curtail their intake of beef and milk they would face unprecedented climate calamities. My Prospero is still talked about in Stratford, I believe. ‘We are such stuff as dreams are made on, and our little life is rounded with a sleep.’ I beg to suggest that no one has uttered those lines with more feeling. Dame Maggie, who was playing Miranda, is not known for being overly generous with her compliments but even she was moved to say, ‘That was acceptable.’

The thing is, people do not need to fly around all the time and drive hither and thither. Surely Blackpool is occasionally as warm as Benidorm; those who want to go to the Arctic can visit Scotland; if you want to hear some exotic language and see unusual people there is always the west of Wales.

Later this year I shall be touring Australia with my one-man show, Sir Bertram Bartholomew: The Man: The Legend. Whilst I am there I look forward to reading reports of dedicated people gluing themselves to trains, interrupting the distribution of foodstuffs and lying down on the M25. It is clear that such activities are the only way we can save the planet and usher in a brave new world.

As Miranda herself said of those brave people in Extinction Rebellion . . .

‘Oh wonder!
How many goodly creatures are there here!
How beauteous mankind is! O brave new world,
That has such people in’t.’

You’ll have to excuse me, I have a dinner date with the Clooneys. Apparently, George wants some tips about projection. I have often been approached by young actors asking for advice about some gesture or other; last year Daniel Craig begged me to . . .’

(Unfortunately, at this point the Zoom call with Sir Bertram suffered a technical glitch).