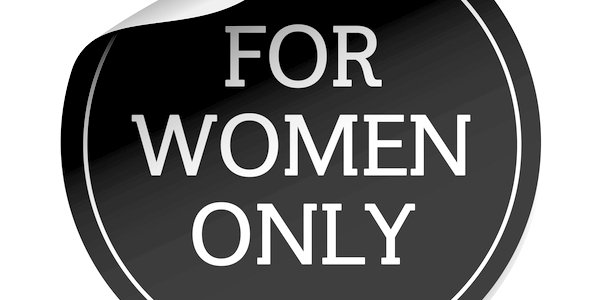 A GREEN Party life peer, Jennifer Helen Jones – Baroness Jones of Moulsecoomb to you – took part in a House of Lords debate last week on the issue of domestic violence. The Baroness has a varied back story, having ‘worked as a crafts teacher, a secretary, a book-keeper, a shop assistant, and an office manager’. She represented the Green Party from 2000 until 2016 in the London Assembly where her areas of interest were ‘transport, housing and planning, and policing’. She was the Green candidate for Mayor of London in the 2012 election, coming third with 4.48 per cent of first preferences. She was the Greens’ first choice to become a peer.

Her suggestion, which has gained global attention and been endorsed by such luminaries as Mark Drakeford, the First Minister of Wales (a man not averse to locking down people for almost any cause) is a 6pm curfew for all men which ‘would make women a lot safer, and discrimination of all kinds would be lessened’.

Now, sometimes ideas which spring from our unelected and highly privileged House of Lords are worth listening to, but facile utterances from people living at the oxygen-thin heights that most Greens do seldom offer practical solutions to real problems. Was the Baroness indulging in her own ‘let them eat tofu’ moment? Or was she using provocation and male baiting to spark debate?

She has succeeded with the latter, and here are my responses. Firstly, the streets of our cities are indeed sometimes dangerous, but the danger most often is to young men, caught up in a danse macabre of victim and perpetrator.

Secondly, how would any curfew that removes men from the streets and increases their time at home reduce or inhibit domestic violence?

Thirdly, how could a male curfew ‘lessen discrimination’, scapegoating half of humankind and characterising all men as potential perpetrators of violence?

Fourthly, in the Baroness’s male-free streets, how would society be policed? Would policemen and male first responders be exempt? Is there an army of Amazons in reserve?

Lastly, what message does articulation of this kind of woke gender apartheid send to women – that they are weak and must be cloistered away from brutish males? To men – that they are universally to be distrusted and feared? Surely not even Greens aspire to live in such an atomised and socially impoverished new Republic of Gilead?

I find the honourable Baroness’s approach to solving this hard problem and what it tells us about her values repugnant.