Major’s anti-Brexit diary of a nobody 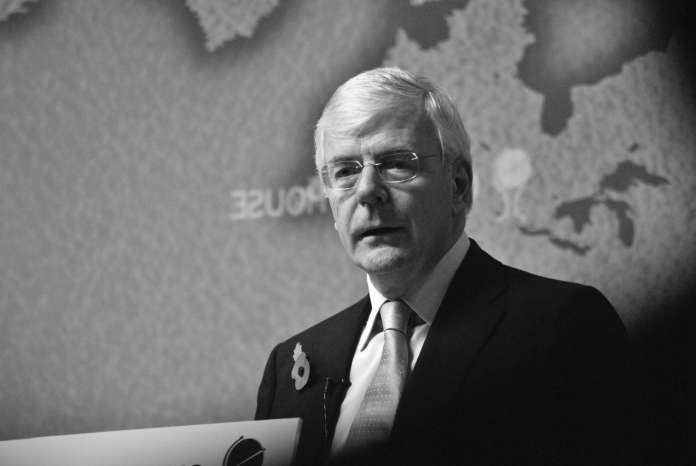 Two decades have passed since the electorate emphatically rejected John Major; for most of that period he has been largely silent, correctly judging that his views were of little interest to anyone. Unfortunately, now there is no shutting him up: most recently, in mid-October he delivered the Michael Quinlan Lecture and this week he featured in the Evening Standard, using both platforms for the campaign to overturn the vote to leave the EU.

Not that Major dares put it quite so bluntly. But his arguing in the Evening Standard – now the personal notepad of former Chancellor George Osborne, chief doomsayer ahead of the referendum – either for a ‘final decision by a Parliament unhampered by political coercion’ or for a second vote ‘by a nation in possession of all of the facts’ are just euphemisms for stopping, by any means, what he calls the ‘colossal misjudgement that will diminish both the UK and EU’.

For the man whose premiership even the non-judgmental Encyclopedia Britannica labels ‘colourless and indecisive’, halting Brexit is a mission for which the Pooterish Major is exhibiting a passion not previously witnessed, except perhaps by former paramour Edwina Currie.

Sir John – how that title sticks in the throat – purports to be an impartial observer of events but does of course have a vested interest in maintaining the status quo: as prime minister, he was the culprit who in 1993 took the UK from being a member of the European Community into the European Union – the clue being in the name – by ensuring Parliament ratified the Maastricht Treaty. For Major, keeping the assurance he had given our European ‘partners’ was much more important than seeking the endorsement of the British public.

It is no surprise, therefore, that Major wants the UK to stay exactly where he put us 25 years ago. By then, he had of course already alienated much of the support which won him the 1992 general election, within a few months squandering all goodwill on his futile attempt to keep the pound in the European Exchange Rate Mechanism (ERM) which culminated in the fiasco of Black Wednesday.

By 1997 he had reduced the Conservative vote by some 4.5million, down almost one-third. Yet this man with the non-Midas touch now expects to be read, listened to and taken seriously on Brexit.

Since the 2016 referendum, the Remainers in government, parliament and the civil service have increasingly called the shots, our withdrawal becoming some technocratic fudge in which, if we leave at all, it is in name only. Major and other Never-Leavers now characterise a clean, confident and decisive break from the EU as extreme fringe opinion rather than the vision which garnered a 52 per cent majority.

In both the Quinlan Lecture he delivered on 16 October and in his latest handiwork for the Evening Standard, Major derided the Leave campaign as ‘misdirection on a classic scale’ which offered ‘vote-gathering fantasies, not serious politics’. For having tapped into a sentiment which previously had no mainstream representation, the Leave campaigners are scorned: ‘Those who promised what will never be delivered will have much to answer for. They persuaded a deceived population to vote to be weaker and poorer. That will never be forgotten – nor forgiven.’

Ah yes, yet again the canard of a ‘deceived population’, presumed to be too stupid to have thought for itself. Which leads Major to ask: ‘How can it be right to hold people to a decision made upon so many false promises?’

Yet oddly for someone who purports to deal in ‘proven facts rather than peddled fiction’, his Evening Standard article devoted considerable space to an ‘analysis by Our Future, Our Choice, a group of young people who are campaigning for a vote on any Brexit deal’. This study handily found: ‘The stark costs of a hard WTO-style Brexit are modelled at a worst case of up to £108,000 in lost earnings for young people by 2050, with the likely cost amounting to £76,000 in lost wages.’

What a surprise. In the conducting of this ‘analysis’ to produce the desired result, one wonders which was greater in number: the politically loaded assumptions or the backs of envelopes upon which the ‘modelling’ was done.

Not once, in his increasingly frequent pronouncements on Brexit, has Major made a serious attempt to address why the majority voted for the fundamental change of leaving the anti-democratic, institutionally corrupt EU, other than to assert that the public was duped and had been too dim to notice. Indeed, the concept of anyone voting based upon principle, motivated by national sovereignty rather than some dubious economic hypothesis, seems beyond his comprehension.

Major does concede that ‘people who voted for Brexit did so with high hopes – most of which will be unrealised’. But this is only because the political class found it unconscionable even to try implementing the desire expressed by the vote.

‘I freely confess to a taste for compromise,’ he declared in his Quinlan Lecture. But as evinced by the torturous withdrawal negotiations, the EU does not compromise: it simply waits for concessions and eventual capitulation, understandably anticipating that Theresa May and Olly Robbins will oblige.

Major concluded that lecture with the plea: ‘More compromise – less confrontation.’ Unless, of course, what must be confronted is the audacity of the 17.4million who voted to leave the EU.