Make the most of us – Garys are a dying breed 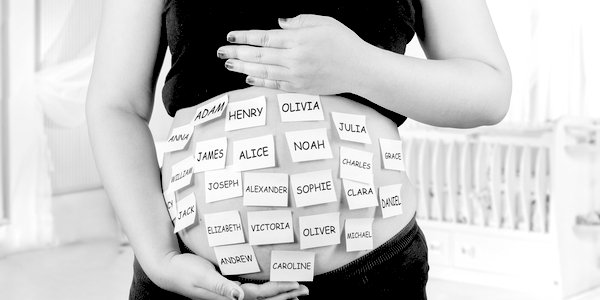 Irving Berlin: Puttin’ On The Ritz

The film star born Frank James Cooper adopted the stage name of his agent’s home town in Indiana, and his heroic on-screen persona is credited with popularising the forename Gary. On this side of the Atlantic, the name peaked in 1964 when it was the 16th most popular for newborn boys.

It is increasingly difficult to identify a Gary under the age of 40; the vast majority of us are now in our fifties and sixties. Furthermore, few upon whom the name was bestowed will have attended Eton. On the contrary, the name long ago became an indicator of lower social class – exemplified by the inordinate number of Garys, mostly from modest backgrounds and seldom noted for their intellect, who during the 1980s came of age as professional footballers.

By the 1990s the name was already so passé, and perceived as antithetical to the metropolitan New Man, that it was a predictable choice for the slightly dim and laddish character played by Martin Clunes in Men Behaving Badly (which at the height of its popularity inexplicably topped a poll for the BBC’s best-ever sitcom).

The much publicised misdeeds and imprisonment of a Mr Glitter subsequently made the moniker even more suspect, and it became so unfashionable that in early 2015 there was a spate of newspaper articles singling out Gary as an endangered name. Jeremy Vine’s Radio 2 show even ran a segment which solemnly posed the question: Could the once popular name Gary soon die out entirely?

Since then, I have for obvious reasons kept an eye on the annual statistics regarding baby names. My forename continues to flatline; nonetheless, after the earlier dire warnings of imminent extinction, last week it was mildly reassuring to discover that during 2017 there still had been 26 newborn Garys.

The top 10 lists for 2017 for girls and boys, plus useful checkers for individual names and areas, can be found here.

During the late 1960s and early 1970s my primary school class included several boys’ names which, though commonplace throughout Britain at the time, I presumed had become even less favoured than Gary. It therefore was a surprise to learn that during 2017 England and Wales did in fact produce another 37 Colins, 85 more Brians and 129 additional Walters.

Even more unexpected was the arrival of 246 Alans and, astoundingly, 400 Kevins. The latter seems barely credible; perhaps there is somewhere a secret sanctuary in which these new Kevs have been bred in captivity but are yet to be released into the wild.

My peer group from half a century ago also included girls whose forenames coincidentally are shared by a number of regular contributors to TCW. But regrettably for our ladies, Julie (only 37 new-borns in during 2017), Jane (32), Ann (18, although Anne registered a further 31), Karen (16) and Janice (12) are all names which now languish alongside Gary in the intensive care unit.

Last year 29 Kathryns also emerged from the same emergency ward, although in total there were more than 200 girls whose names might reasonably be abbreviated to Kathy. For 2017 the ONS is, alas, unable to announce any new Belindas (two or fewer go unreported), but thankfully the names Margaret (106) and Laura (372) are proving to be more resilient.

Incidentally, for some years Theresa has barely registered, clocking only 20 arrivals during 2017; Mrs May’s ever more humiliating premiership makes highly unlikely any surge in daughters being named in her honour. Nor, with only 34 newcomers last year, has Boris caught the public’s imagination, many parents perhaps judging that Mr Johnson has rendered the name suitable only for a randy and unkempt cocker spaniel.

During the decades in which Gary went into terminal decline, my surname ironically soared in popularity, albeit as a forename: although the number has slightly fallen to the latest 6,259, for 2017 Oliver tops the ONS boys’ list for the fifth consecutive year.

Or does it? The data issued by the ONS separates different spellings of the same phonetic name; therefore, the official ranking of tenth place, on 3,691, greatly understates the preponderance of Muhammad. Adding Mohammed (1,982), Mohammad (837), Muhammed (450) and Mohamed (269), plus a handful of other variations – when using the English alphabet there seemingly is not a definitive spelling – puts it well out in front as the name most given to boys.

This is no great shock; nevertheless, on the presumption that Muhammad is exclusive to Muslim families, who at the time of the most recent census in 2011 were recorded at only 4.8 per cent of the population, it remains a striking fact.

More of an eye-opener is that the ONS data records Muhammad, even without the other variant spellings, as the most commonly given boys’ name in 35 local authority areas, mostly concentrated in various pockets of England.

In the south, it is not just Tower Hamlets and other inner-city boroughs of north-east London, but a number of satellite towns including Luton, Woking, Reading, Slough and Watford. It is the case throughout much of the Midlands, including Birmingham, Sandwell (West Bromwich), Walsall, Leicester, Nottingham, Derby and Coventry. In Yorkshire, there is Kirklees (Huddersfield) in addition to the more obvious Bradford. And it is true of the city of Manchester and in Lancashire’s former mill towns of Blackburn, Burnley, Bury, Oldham, Preston and Rochdale.

Perhaps more unexpected is that Muhammad is now the name most commonly given to boys in Newcastle upon Tyne. As also is true of Peterborough, which during the past decade has experienced exponential population growth.

In this and other enclaves where it seems Muslim boys ubiquitously are named Muhammad (irrespective of spelling), the taking of classroom registers is liable to be a challenge. In comparison, having been required to distinguish only between three Brians, two Alans and two Garys, my former primary school teachers had it easy.

All figures quoted are from the Office for National Statistics and pertain to England and Wales only.