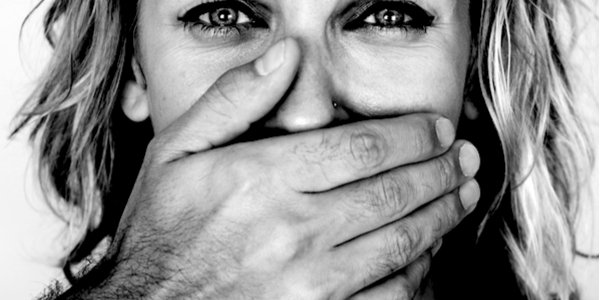 One of the great myths that drives modern feminism is that women were oppressed and enslaved by men in the past, and that true female authenticity and happiness rest on being liberated from this ‘patriarchy’, which continues even today. These poisonous ideas surfaced once again this week when the US announced its Religious Liberty Task Force, sending feminists and Leftists into full-on alarmist mode with extreme warnings about Handmaid’s Tale-style enslavement of women.

So is it really true that women have been oppressed and enslaved by men throughout Western history? Well, let’s have a little look at the facts to test this damning accusation.

Start way back with Plato. Living in the fourth century BC, and widely regarded to have written the first great works of Western philosophy, in his masterwork The Republic he describes what he suggests is a perfect society. And the place of women in it? To be the equals of men and do everything they do without distinctions of sex. His ideas on the family were even more radical than many a modern-day Leftist! So, no slavery there then. And Aristotle after him contrasted what he regarded to be the civilised condition of Greek women with that of their servitude amongst the barbarians.

Christianity comes in for a lot of stick among feminists for its supposed mistreatment of women. But in fact many historians have pointed out that a major reason for the popularity of Christianity in its first four centuries was its respectful treatment of women, including its ban on abortion (high-risk procedure) and infanticide (mainly used on females), its insistence on monogamy (a form of equality), its expectation of chastity for men, and its forbidding of divorce (which was essentially desertion). And Christian civilisation of course has seen numerous queens and noble ladies, abbesses, nuns, saints and mystics. Even Joan of Arc, for goodness sake – a warrior prophetess. England has been ruled by a woman for 192 of the past 465 years, no less than 41 per cent of modern history.

In medieval Europe, when a book highly critical of the female character became popular, Christine de Pizan wrote a famous work in defence of her sex, The Book of the City of Ladies, which became one of the most widely read books of the era, among men as well as women. Is this supposed to be slavery?

In the 16th century, with Elizabeth on the throne, Thomas Smith wrote the following as a description of family life in England – see if you can spot the slavery and oppression:

In the house and family is the first and most natural (but a private) appearance of one of the best kinds of a commonwealth, that is called Aristocracy where a few and the best doth govern, and where not one always: but sometime and in something one, and sometime and in something another doth bear the rule…. Thus [man and woman] each obeyeth and commandeth other, and they two together rule the house.

John Locke in the 17th century supported his defence of free government against absolutist monarchy by pointing out that women were equally in charge of their children as their husband. Among the Cambridge Platonists of the 17th century were a number of intellectual women, who were respected members of their group.

A great many more historical examples could be adduced – including the considerable number of popular female writers through history – as to why the feminist narrative is pure drivel. Apart from anything else, it does women a huge disservice by suggesting they have spent most of Western history in a state of servitude, when the truth is nothing of the sort.

Obviously women shouldered the lion’s (or rather lioness’s) share of childrearing and domestic duties. And there are many things that could have been better, for men as well as women. But it should go without saying that none of this constitutes slavery, even remotely. Some proper perspective is needed here if we are to avoid false narratives of oppression giving birth to puerile ideologies of victimhood that do a lot of damage to women and families in the present day.

As Jordan Peterson says: ‘The idea that women were oppressed throughout history is an appalling theory.’ Indeed it is.