Manacled in the Metaverse, your personal cyber-prison 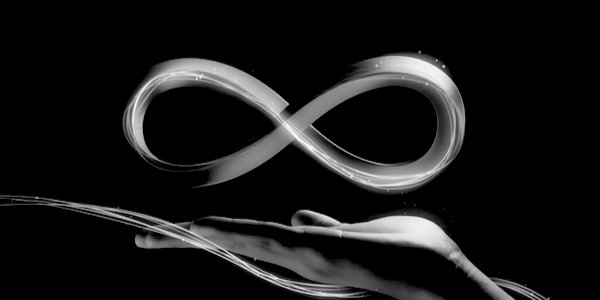 ‘NO TV, no web, no mobile phones, no e-mails, no social media … only one domestic BBC radio station, the Home Service,’ wrote Ivor Williams in his brilliant article for TCW Defending Freedom on Saturday.

But is Big Tech currently seeking to reinstate Second World War-era austerity by stealth, with its creation of the Metaverse – a global Home Service – with meat rations, blackouts, and stay-at-home orders being the vehicles?

Perhaps it is because the more I contemplate such wildly exaggerated crises as Covid-19 and total climate collapse, the more I feel the pandemic was the dry run for Net Zero, and Net Zero the dry run for a life conducted almost exclusively online.

The myriad ways in which the universal response to Covid-19 purposefully encouraged more time spent within the unreality of the Internet are abundantly clear.

More aspects of healthcare than ever before were transferred online, or earmarked for digital reimagining, and the NHS app – once necessary in England to assert one’s health status in order to rub shoulders en masse – remains the digital passport by which duteous ‘vaccinated’ people may enjoy fuss-free travel in the post-Covid era. For both the vaccinated and unvaccinated however, life has become substantially more QR-codified.

Governments around the world, and their billionaire Transhumanists puppeteers, now know exactly to what degree the modern global population will tolerate interference in their lives and morals, how much coercion this entails, and exactly how to engineer a collective willingness to partake in Big Pharma’s ongoing clinical trials, those conducted not within research facilities, but in daily life.

These people have tested the boundaries of our endurance and remain hungry to continue experimenting, moving the electrified fencing of our self-determination ever further inwards so that we may more easily frazzle ourselves upon it, in an ever-decreasing circular prison – which paradoxically we help erect with our compliance. Are we now addicted to the shocks?

Pursuit of Net Zero I anticipate to be far, far worse than Zero Covid when it comes to modifying people’s behaviour in preparation for the Metaverse proper. However, perhaps this process will not prove so abrupt as was the British government’s pursuit of natural herd immunity to Covid one day, to then hitting the panic-button of lockdowns the next (the lack of any internal government panic notwithstanding).

By this I mean that in a future dictated strictly by climate policy (and intermittently punctuated by increasingly harder and faster public health interventions) wherein freedom of choice, consumption, movement, thought, opinion and behaviour must necessarily be restricted pandemic-style in the interests of national and global ‘security’, then just what shall remain left for the general populace – persistently encouraged to work from home on laptops, no less – to do with their leisure time, other than spend an increasing amount of it online in a 3D version of the Internet?

According to the American banking giant J P Morgan, ‘the Metaverse will infiltrate every sector in the coming years’. Mark Zuckerberg’s Meta (formerly Facebook) says the Metaverse will be ‘the biggest opportunity for modern business since the creation of the Internet’. At least that’s what the marketers in-chief of virtual reality, the World Economic Forum, report .

Whether we like it or not, its development is unswerving, and any resistance to its insidious normalisation may in the end perhaps prove futile, unless one is fortunate enough to own a tract of land and is happy to live life as a hybrid farmer/monastic/outcast. For everyone else there may be little else to do in a zero-emission world except yield to the Metaverse, or go stir crazy.

So what might this zero-emission world look like? According to UK FIRES – a five-year research programme funded by UK Research and Innovation (UKRI, a non-departmental body of the Government) – it will be an era lacking indeed in old normal ways to pass one’s time.

UK FIRES is a collaborative entity comprising experts from the universities of Cambridge, Oxford, Nottingham, Bath, and Imperial College London, with industry partners such as Sky and TATA Steel. Its mission is to ‘uncover the lowest risk path to zero emissions prosperity in the UK by 2050’, an objective outlined in its various reports.

One of these is November 2019’s Absolute Zero, within which lies a simple, if not somewhat depressing projection of how we might expect climate policy to dictate the evolution of various sectors in the immediate future, and then up to 2050 and beyond.

For example, the contributors speculate/prophesise that by 2029 the development of petrol and diesel engines will end, and by 2050 road use will be at 60 per cent of 2020 levels.

By 2029, all airports in the UK except Heathrow, Glasgow and Belfast close, and by 2050 there will be all but no air travel, with electric trains the preferred mode for people and freight over all significant distances. And by 2050, all conventional mortar and concrete will have been phased out, with a focus on retrofitting and adapting existing buildings, etc, etc, etc.

Clearly, such goals are unachievable without mass-scale privations and chaos, and hence lunatic in scope (not unfamiliar, then).

Which begs again the question I have already asked: In a mostly vehicleless, planeless, new-buildless, meatless, shipping freightless, and holidayless, contracted world, what else remains to do other than turn to the Metaverse and become a Matrix-style human battery for Big Tech and Big Pharma, if that could not be said to be happening already?

This is partly why I believe Elon Musk to be one of the most dangerous people walking the face of the planet right now. His takeover of the world’s town square, Twitter, is a mere means by which he may garner enough votes to be sworn in as unofficial President of a 3D cyber-universe (take a look at this highly interesting 13 minute short  exploring the rapid, dystopian evolution of AI, and Musk’s role within this).

Pandemics + Net Zero + disinformation war + all associated restrictions (the Great Dry Run formula) = Metaverse. I simply do not see any other endgame.

Governments would have to turn towns and cities into gulags to achieve a similar level of control over their populations as will permit public addiction to an infinitely modifiable alternate reality, and do such things as bolt people into their own homes. But surely universal condemnation would spark sufficient outrage as to prohibit such deranged tactics? Appears not.

Either way, it would be prudent to make the most of what remains of analogue freedom while we still have the chance; before we are bolted inside our own minds to serve the ‘greater good’, for good.