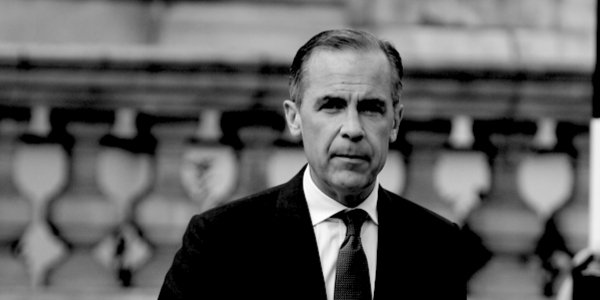 According to Andrew Neil, the Governor of the Bank of England has belatedly said he didn’t predict house prices would collapse with a no-deal Brexit, some time after the claim made most front pages and became ‘fact’.

Now Governor Carney belatedly says he didn’t predict house prices would collapse with no-deal Brexit, sometime after the claim makes most front pages and becomes “fact”. From Dublin, he now claims he didn’t make prediction, just that Bank could cope if it happened #looselips

Craig Byers of the Is the BBC Biased? website isthebbcbiased.bogspot.com says here that instead of ‘makes front pages and becomes “fact”,’ Andrew Neil might have said ‘made headlines on the BBC and becomes “fact”,’ given that the BBC was also front-and-centre with reporting this story. Craig arrived at this conclusion yesterday after some ferreting which has uncovered the truth behind this inaccurately reported story.

He first refers us to a commenter on Andrew Neil’s tweet who made the point that the Governor has ‘always made clear he’s talking about the stress-testing the Bank has done for all scenarios including the very worst case. It’s not his fault if the #looselips in parliament and journalists don’t understand this’.

The same commenter went on: ‘Fortunately we do still have some real journalists’ and linked to Sky’s economics editor Ed Conway who was tweeting two days ago as the story was breaking.

In fact, as Craig points out, a reading of Conway’s tweets suggests that that the ‘lack of understanding’ of his journalist colleagues (including BBC journalists) is seriously to understate it. What follows is verbatim from Craig’s blog, from the point where he sets out Conway’s tweet threads in full:

2/ The past few years the Bank has run stress tests to see how well capitalised the banking system is. The fictional scenario is v ugly: house prices down 33%, unemployment up over 9%, interest rates up to 4%. Worse, in many senses, than what UK went through in the crisis

3/ These stress tests are explicitly not designed as forecasts. They are BEYOND WORSE CASE SCENARIOS which, like caps lock sentences, are supposed to shock the City into safe balance sheet behaviour. The good news is last yr the UK banks almost all passed

4/ Mark Carney has said in public a number of times that he is worried about a no deal, before adding that the financial system would be able to withstand it. As if to prove it he has then trotted out that stress test scenario: look, the banks can even survive THAT!

5/ Yes: part of his point behind such illustrations was that Brexit could indeed be bad news for house prices etc. It could be really bad. But 35% . . . ? Not likely. Even the Treasury’s worst case scenario for house price falls pre-referendum was literally HALF that

6/ Mr Carney prob trotted out similar lines at Cabinet today. But someone there seems to have gotten the wrong end of the stick and has leaked that this was a Brexit-specific forecast/scenario. No. This (below) is the Bank’s stress test scenario. Compare to my 2nd tweet in thread. [Here he cited Jim Pickard of The Times, saying ‘Bank of England has modelled a worst case no-deal Brexit scenario where real estate prices fell by a third, interest rates rose to 4 per cent, unemployment to 9 per cent and the economy went into a 4 per cent recession’]

8/ It’s the same problem as happened before the referendum. Most of the economic community produced sensible analysis warning of risks around Brexit. But (& @George_Osborne deserves some of the blame for this) in the end all everyone remembers was that scary HMT recession warning

9/ What if the same thing happens again? I’m willing to bet if the UK crashes out of the EU house prices won’t crash 35%; interest rates won’t suddenly leap to 4%. Then, because of these stories, the BoE’s credibility will be further undermined. Along with their fellow economists

If Ed Conway is correct then lots of lazy journalists with insufficient understanding simply swallowed some leak and then regurgitated it wholesale.

And the BBC? Would they be ‘guilty’ of that charge too? Well, yes, because they led the reporting of the story, and this was their headline about it:

And this is how their online report began:

The Bank of England’s governor has warned the cabinet that a chaotic no-deal Brexit could crash house prices and send another financial shock through the economy.

Mark Carney met senior ministers on Thursday to discuss the risks of a disorderly exit from the EU.

And BBC Breakfast on Thursday morning was telling it like this:

House prices could plunge by more than a third in the event of a no-deal Brexit, according to the Governor of the Bank of England. Mark Carney briefed senior ministers on Thursday to discuss the potential risks of leaving the EU without a deal. According to sources, the Governor said a slump in the pound and a rise in interest rates could mean house prices would fall by as much as 35 per cent.

What do you make of this? Is Ed Conway correct? Because if he is then there are a lot of very poor-quality journalists out there, including at the BBC, pumping out what can only be called ‘fake news’.

And here’s where we return to Andrew Neil’s tweet because Mark Carney, as reported in (say) the Guardian, is now insisting that he wasn’t predicting a no-deal house price slump and that ‘he set out to cabinet worst-case scenarios used in bank stress tests’ – just as Ed Conway said two days ago.

So was this ‘loose lips’ from Mr Carney the other day followed by a later ‘clarification’? Or did the ‘sources’ cited by the BBC & Co get ‘the wrong end of the stick’ and most of the media (including the BBC) simply not have the knowledge or the journalistic gumption to scrutinise the story properly?

P.S. The BBC’s Kamal Ahmed ‘clarified’ the BBC’s own reporting nearly ten hours after the BBC website published its report by adding an ‘analysis’ (as Newsniffer shows):

It appears that the Governor wasn’t providing the Cabinet with a forecast of what the Bank believes would happen in the event of a no-deal Brexit. He was briefing the Cabinet on what preparations the Bank was making if that does happen, including last November’s stress test.

It was not a forecast.

It was an apocalyptic test where the Bank deliberately sets the parameters beyond what might reasonably be expected to occur.

Checking BBC One (using TV Eyes) I see that this ‘clarification’ didn’t make it on to BBC TV, and that even yesterday evening BBC London was still trotting out ‘Because the Governor of the Bank of England, Mark Carney, says house prices could dip by more than a third if Britain leaves the EU without a deal . . .’