NewsPaperthe art of publishing
HomeNewsMark Ellse: Our asylum system is all about feeling good about ourselves
14

Mark Ellse: Our asylum system is all about feeling good about ourselves 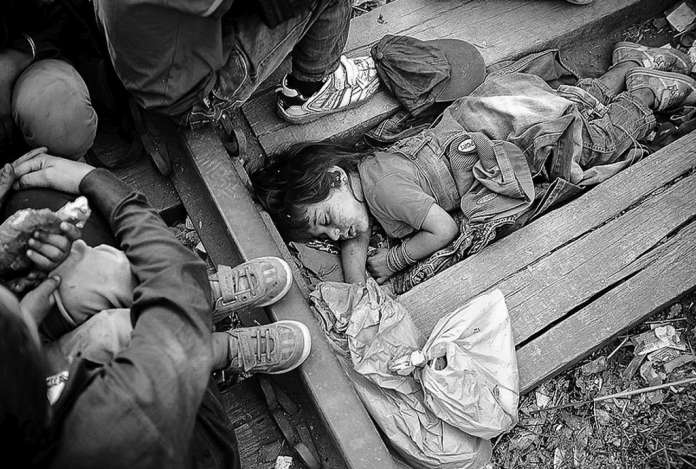 ‘Get up,’ the angel said to Joseph, ‘take the child Jesus and his mother and escape to Egypt. Stay there until I tell you, for Herod is going to search for the child to kill him.’

Political diaries can be the most delicious reads. Those on the Left have free rein to speak cogently, something that is largely denied them until they leave parliament. Where else can one get snippets of the incompetence of Blair’s government followed by titbits like ‘Clegg is the biggest scoundrel of them all.’

Occasionally, one is so taken by the author that one contemplates changing allegiance. It was with that sort of attitude that I wrote to the author of one set of diaries. This MP had made huge efforts to seek asylum for a number who had come across his path. He had obviously done an excellent job in many cases and was proud of benefiting the lives of a number of individuals. I asked him about asylum.

I am generally minded towards asylum. (My wife’s father was a refugee from Nazism.) I look with sympathy and understanding on every asylum case you describe. Dealing with the individuals you assisted, I would have taken the same view that you had done. On the other hand, isn’t that really a form of posturing? As far as our political system can, we make it very difficult for those outside the EU to get here. We are kind to a few who slip through the loopholes (and, of course, the Gurkhas!) but don’t we really deny asylum to the vast majority of those who deserve it and pretend we are being nice by accepting the very few who sneak in?

I am afraid that this was a question too far. Though I did receive a reply, the ex-MP went into rage mode by avoiding my questions and responding, ‘If you are looking for some really damaging policies that have come back to haunt us I would suggest one must go back to the Thatcher decade.’ There was no point in further dialogue and the response reinforced my view that those who respond with rage do so because they have no logic to back up the arguments they propose.

Unkindly, rather judgementally, I fastened on what the ex-MP had said in his diaries. He had no joy in the vast majority of the tasks that being an MP required, but at least he had helped some, and this justified his existence. One can see that. But my question to him was a valid one and much more the sort of question that MPs should address. Is it really our job to prevent most asylum seekers from coming and then to pat ourselves on the back about who comes here. Surely, at the same time as it builds up the personal pride we have for the admitted, it distracts us from the strategic task of giving help to those who most need it. Sadly, as in foreign policy, our asylum system is put together in a way that makes MPs feel good, not in a way that helps to give most help to those most at need.

Share
Facebook
Twitter
WhatsApp
Email
Previous article‘Rebel Priest’ Rev Jules Gomes: The Anglican Church is dying from a surfeit of niceness
Next articleTCW Editors: 2016 was the year the people struck back