NewsPaperthe art of publishing
HomeNewsMark Ellse: Borrow from despots and you have to hold your tongue...
7

Mark Ellse: Borrow from despots and you have to hold your tongue about their human rights abuses 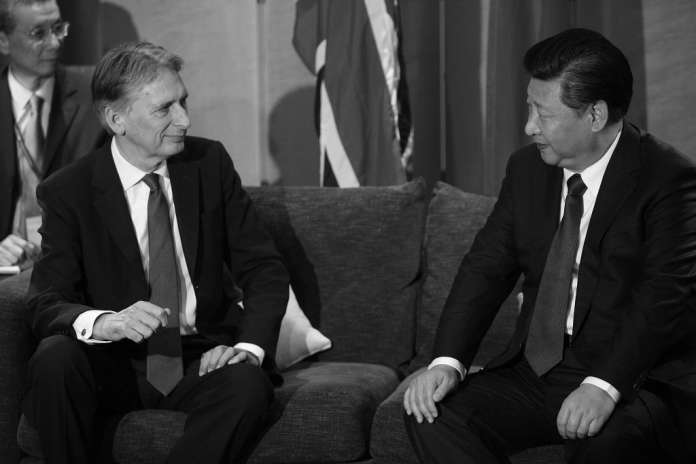 A strange notion emanates from government that, somehow, despite the odd dropped clanger – Iraq, Libya et al – British foreign policy is somehow beyond criticism. Of course we make the odd mistake. Who doesn’t? But all our mistakes are always with the best intentions. We must remember that the UK is the first G7 nation to commit to spending 0.7 per cent of its GDP on foreign aid, a target set by the UN 45 years ago. That’s almost like wearing a badge that says ‘we are the good guys’.

The problem with badge-wearing is that one can end up believing the message of the badge. It is perfectly possible to be proud that both of one’s children (remember that girls can be scouts too) have the Environmental Conservation Activity Badge and still take them to Disneyland in Florida, merrily burning a few tons of fuel in that family outing. It may be that Asda believed that it was ‘Saving the world, one bag at a time’ when it promulgated the slogan a while ago, but one can see reasonable grounds for doubting that particular badge.

A couple of foreign policy issues have cropped up of late that have seemed to run the risk of tarnishing the ‘good guy’ image, but one can be sure that the matters were merely ones of poor presentation. It happened that dissident Chinese artist Ai Weiwei had an exhibition at the Royal Academy at about the same time as the state visit of China’s President Xi Jinping in October. The limits to the visa that the Home Office granted Ai Weiwei at that time were as a result of ‘just one of those mistakes that happen’.

Of course, it was embarrassing but, after a bit of fuss, Theresa May clearly decided that it would cause more problems to let Ai be here than to keep him out of the way during Xi’s visit. It’s just the same with the Tibetans really. They have a case: China did, sort of, walk in and annex Tibet. And of course the Tibetans must be allowed to protest during Xi Jinping’s visit, albeit rather tucked out of the way. One needs to remember what David Cameron said about our relationship with China:

A strong relationship is in both our countries’ interest, not just because it brings investment and jobs and higher living standards for our peoples, vital though those things are. The more we trade together, the more we have a stake in each other’s success, and the more we understand each other, the more that we can work together to confront the problems that face our world today.

‘Working together.’ Who could possibly disagree?

The same is true of our relationships with another great trading partner – Saudi Arabia. Again one senses David Cameron’s desire for ‘togetherness’. As Cameron said when he announced our pioneering Islamic bond:

…our ambition is to go further still. Because I don’t just want London to be a great capital of Islamic finance in the western world; I want London to stand alongside Dubai as one of the great capitals of Islamic finance anywhere in the world. There are some countries which naturally look inwards, pull up the drawbridge and refuse to recognise that the way the world is changing affects their future success. But Britain will not make that mistake.

Again there is the odd PR clanger to be dropped. If one deals with the Saudis, one has to accept the odd flogging, beheading or crucifixion. But Britain will offer every form of assistance in pushing for human rights, short of actual help. After all, at the last hint of crucifixion we decided that we were no longer able to offer the Saudis advice on how to run their prison system. It is clear action like that shows we mean business.

So why on earth are we pussy-footing around so much with two states about which we have so many human rights reservations? The answer is simple, straightforward and obvious. It stems from continued inaction over the economy. George Osborne has continued the overspending of his predecessors. His volte face about reducing tax credits, his raising of the limits for inheritance tax, the tax subsidies for childcare, the universal primary school meals continue profligate spending.

The decision to keep spending is a decision to keep borrowing from the rest of the world. We are hock to regimes whose human rights records we abhor. We need their cash – in the case of China to pay for nuclear reactors, in the case of Saudi to keep the bond market afloat. And woe betide anyone who disturbs this dependent relationship as Sweden’s feminist foreign minister found out when she dared to criticise Saudi for using ‘medieval methods‘. Sweden, too, is in hock to Saudi and has to keep its mouth shut.

Much is made, quite rightly, of the iniquity of our current overspending and the way it is robbing our children. But that is not the only effect. No man who is in debt to another is free of a controlling influence. If we want freedom for our moral decisions, we need financial freedom. Increasing indebtedness is immoral. It prevents ethical behaviour.

Share
Facebook
Twitter
WhatsApp
Email
Previous articleReader’s Comment of the Day: Clinton and no Brexit is too awful to contemplate
Next articleChris McGovern: Kipling’s 150th anniversary goes unmarked as educators sever the roots of our national identity