NewsPaperthe art of publishing
HomeNewsMark Ellse: Can we trust Boris Johnson on the EU?
14

Mark Ellse: Can we trust Boris Johnson on the EU? 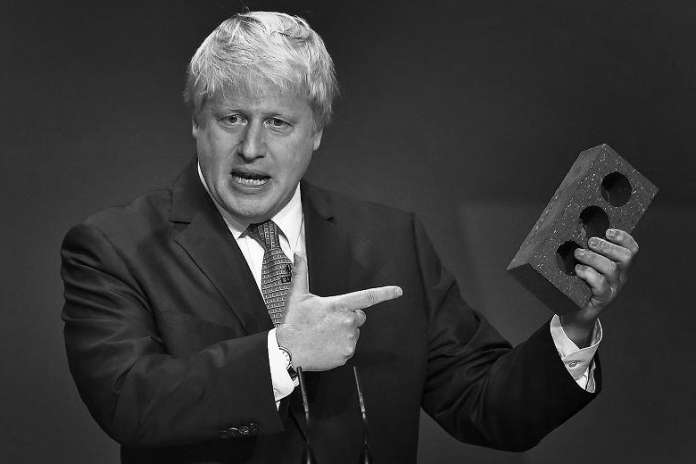 ‘I am perfectly prepared to concede that if you do not handle your vacuum cleaner correctly you may end up accidentally inhaling the hamster or sucking the budgerigar through the bars of the cage. And I have read there are some people, probably the type who think of defecting to Ukip, who present themselves at A&E with barely credible injuries sustained in the course of what I can only call vacuum cleaner abuse.’

Well, I suppose, despite its Trump-like vulgarity, it could be regarded as funny enough. If one makes a case for a certain amount of rough and tumble in life, one must accept something similar in politics. But what does it say about Boris Johnson’s political philosophy?

We are already waving goodbye to a Prime Minister who alienated so many by similar attitudes to those he disagreed with. To LBC’s Nick Ferrari David Cameron said, ‘I mean Ukip… I mean it’s just a sort of…you know…bunch of…they’re just trying to make a bit of mischief…fruitcakes and loonies and closet racists mostly.’ Is Boris Johnson from the same mould?

Sadly it is so difficult to know what politicians really think. In part, the courting of votes from every side is such a habit. Political parties, the Conservative Party in particular, are brutal with parliamentary candidates who even approach anything that is off message so that, even if one knows a candidate well, they dare say absolutely nothing of significance. When elected, the habit is so well entrenched that MPs talk in nonsensical soundbites. On Any Questions, in the closing stages of the Labour leadership contest, Andy Burnham was pilloried by Germaine Greer for talking twaddle like he wanted ‘a party with consensus at its heart’. ‘Who speaks like that?’ Greer taunted scornfully. Only politicians, of course, rather than being prepared to state clearly what they really believe in.

The Labour leadership election was a disaster for the party. Liz Kendall spoke the unpopular truth. Yvette Cooper and Andy Burnham spoke meaningless nonsense. Who knew what they believed, then or now? It was inevitable that Jeremy Corbyn would win. Here was a man who said what he thought. It was popular nonsense, of course. He believed that by ‘ending austerity’ we could all live in a land of milk and honey. But one couldn’t doubt the man. He said exactly what he thought and what he had always thought. Here, for once, was a man of integrity.

Membership of the EU is important but actually a secondary issue in the government of our country. The views on the EU of the potential candidates for the leadership of the Conservative Party are important more because they are an indicator of their consistency and integrity. What, for instance, does Boris Johnson really think about the EU and those of us, within or outside the Conservative Party, who have had reasoned doubts about it? Will he, like his predecessor, pour scorn on the conservative social values of those of us he relies on for election? When we look at him, or any other candidate, can we see someone we will trust? Someone from whom we will hear the unpalatable truth? Or someone who will embrace any policy for the the purpose of obtaining high office?