NewsPaperthe art of publishing
HomeNewsMark Ellse: I’d rather be protected by Matt Damon than Uma Thurman
140

Mark Ellse: I’d rather be protected by Matt Damon than Uma Thurman 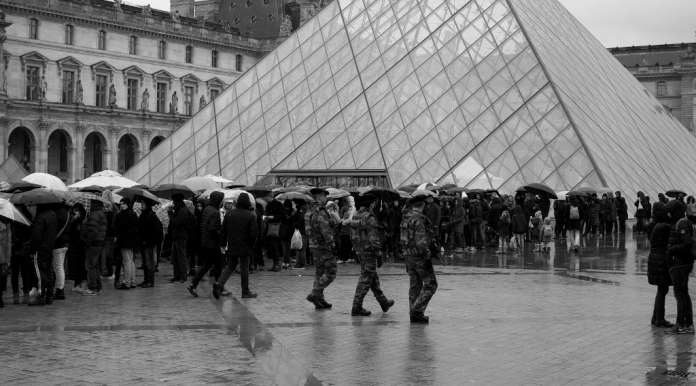 The opera Carmen depicts the turbulent relationship between a woman only too aware of her sexual allure and Don José, an innocent soldier she seduces to gain her freedom. Depending on the production, there can be a fair amount of physical rough and tumble between the two lead characters. But what the tenor playing Don José needs to realise very quickly is that however aggressive his behaviour towards Carmen appears to the audience, he actually has to be very careful not hurt his opposite number. A grip around the arm which no man would even notice will leave painful bruises in a woman that will last for days.

The fantasy media world entertains and distracts us. We watch Kill Bill, Nikita, Ellen Ripley in Alien, Angelina Jolie in Salt, and see women who demonstrate the ability to take on a dozen men or more and come out on top. The truth is completely different. Even the weakest quarter of men are stronger than the strongest quarter of women. A man of average strength is much stronger than any woman he is ever likely to meet. Women superheroes are as much fantasy as a woman becoming the world heavyweight boxing champion.

Fools that we are, in the name of equality, we act as though we believe in fantasies. In occupations like firefighting, where physical strength is important, we reduce the strength requirements so that women are eligible. We undermine the capability of our front line troops by accepting enthusiastic little girls instead of strong fighting men.

And now, where there is real risk of attack, we appoint women as security guards in airports. It’s as daft as appointing a woman bouncer in a Glasgow pub.

The recent attack at Orly airport tells a compelling story. It appears that Ziyed Ben Belgacem got into confrontation with the police by mistake and, with relatively little thought, decided to ‘die for Allah’ at the airport. Since he only had a shotgun, he availed himself of a high-powered automatic weapon conveniently carried there by a woman guard. There was a struggle but he managed to wrest the woman’s weapon from her grasp. Fortunately he was shot dead by the other two guards before he was able to use it.

I suppose that one could think of easier ways of supplying high-powered weapons to homicidal terrorists in airports. We could ask children to play with them or put them in plastic lockers labelled ‘automatic weapons’ and require terrorists to force entry with a screwdriver. But giving them to what we used to be allowed to call the ‘weaker sex’ to hold ready for terrorists to snatch comes pretty high up the list of daft ways to manage your airport security.

No doubt there will be a new risk assessment. Airport guards, as in this case, will be required to patrol in threes. There will be one woman for political correctness and to hold the automatic weapon for the terrorist, a man to shoot the terrorist and a second man left over to carry on guarding the airport. The only trouble will arise when unarmed terrorists arrive in groups of three, two to have a real tussle with the two male guards and one to gain the upper hand by snatching an automatic weapon from the woman.

Am I daft to think that we would be better off if all our airport security guards were big beefy males? Perhaps I am. Feminists of the world, forgive me for treading on toes.