NewsPaperthe art of publishing
HomeNewsMark Ellse: If we are all racists, why do black African kids...
36

Mark Ellse: If we are all racists, why do black African kids outperform whites? 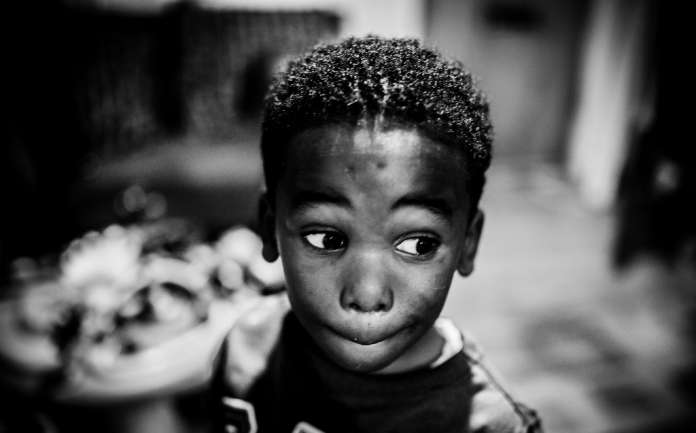 It was, Oh so reasonable, the BBC’s analytical programme which posed the question ‘Will Britain ever have a black Prime Minister?‘ ‘Could anyone, despite their background or the colour of their skin, become leader of our country?’ Accomplished black actor David Harewood MBE led us winningly through the evidence. The BBC’s narrative on the issues affecting the education and promotion of the black population told a compelling story.

‘The odds from the start are stacked against us,’ said the programme’s black statistician. ‘Nearly half of black children are growing up poor. That’s shocking,’ echoed Harewood.

‘We know that the vocabulary of the poorest kids lags a year behind that of a wealthy child. That is why poverty is the biggest determining factor in anybody’s life.’

We heard soft evidence from an Edgbaston nursery, which ‘is catering for the specific needs of the black Caribbean community….School readiness is a big thing here…some of the children in the nursery had been labelled problematic in mainstream education.” There is, apparently, ‘a lack of understanding in the mainstream’. Black children who are simply energetic can be given inappropriate labels early on that lead them to conform to these labels later. David Harewood did point out that there had been very little research into this factor but that ‘many parents believed that this was a problem.’

I must fast-forward, through the majority black and minority ethnic school, in which context we were told about the way that the exam system prejudices black children. With a long face Professor Simon Burgess from Bristol suggested that there is ‘some stereotyping going on’ and that these stereotypes interact with a child’s expectation and the child tries less hard in school. Inevitably, very many fewer black children than white get the three A grades necessary at A level to get to a top university.

In a unusually mathematical climax, we were told that the chance of a black child becoming Prime Minister was 1 in 17 million, twelve times less likely than that for a white child. Who could disagree with Harewood’s comment that ‘The system is almost designed to assist those who have an economic advantage’?

The subject is an important and sensitive one. For the BBC, our centrally funded broadcaster, to treat it like this was disgraceful. The programme portrayed our society as one that in so many ways had wanton prejudice against the black community. There was no attempt to account for difference in achievement being caused by anything other than a flawed society.

It is thoroughly dishonest to describe poverty as something that determines outcomes. Talented parents earn higher salaries and also have talented children. They are also more likely to avoid dysfunctional family situations. The converse is also true. That is why children from homes with less money about have lower outcomes. This is not a racial issue: exactly the same is true for both white and black poor children. If one doubled the amount of money these families had – and in absolute terms poverty has declined by 20 per cent over the last 12 years – it wouldn’t make a scrap of difference to outcomes because it would have no effect on the primary reasons for low outcomes.

The programme used the word ‘poverty’ in the way that it is speciously defined nowadays, as those whose income is less than 60 per cent of average. Has it not occurred to politicians that we should expect half of families to earn below average and that, whatever we do, with this method of defining poverty we are going to get 50 per cent of children growing up in so-called poverty? But one couldn’t expect the statistician in this programme to point it out. She happened to be Dr Faiza Shaheen, previously Head of Inequality and Sustainable Development at Save the Children UK. You may remember the Save the Children Fund report ‘Child Poverty – it shouldn’t happen here‘, which similarly pilloried British society.

Of course, it is true that the USA has many more prominent black role models than the UK. Is this a sign of a corrupt society? The BBC led us to believe so. What was not pointed out was that the black population in the USA has been there very much longer than the UK’s black population. Black immigration is a recent phenomenon. Of course changes will come, but over time.

For one moment, the programme veered towards an uncomfortable truth, which gave the lie to the whole burden of the programme. Dr Shaheen explained absolutely clearly that black African children perform better than white children, whereas black Caribbean children perform worse than white children. Suddenly the truth was revealed. The difference in performance between white and black is nothing at all to do with colour, or to do with a racist education system. In fact the differences are largely cultural. The responsibility for differences lies much more with the different cultures than anything to do with the structures of our society.

In these days when the phrase ‘hate speech’ is used so frequently, one wonders why it is never used in BBC output such as this? How better could one stir up resentment in any ethnic group than produce material like this which suggests mistreatment by British society? How much damage do we cause to that culture by erroneously suggesting that there is nothing they can do themselves to improve their lot because they are oppressed by a system that is ‘stacked against them’? We have queues wanting to immigrate into the UK because it is one of the best countries in the world to live in. How dare our State-funded broadcaster foment interracial conflict by broadcasting propaganda such as this?