NewsPaperthe art of publishing
HomeNewsMark Ellse: Lesson of Marine A is that soldiers are programmed to...
15

Mark Ellse: Lesson of Marine A is that soldiers are programmed to kill not split hairs 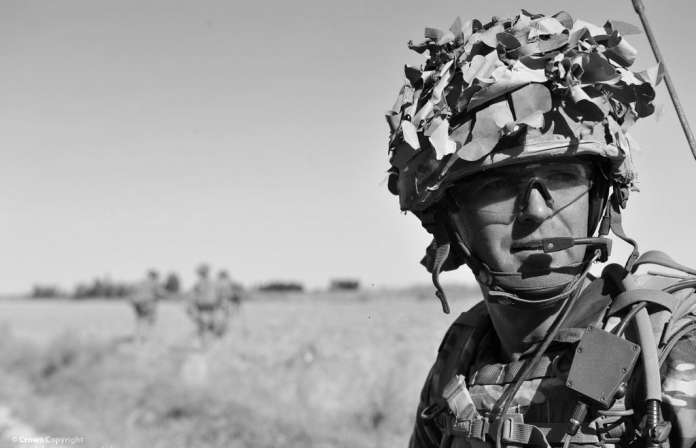 ‘You’ve been very unfortunate,’ said the surgeon as the extent of the cancer was revealed.

‘Oh no,’ was my father’s response. ‘Many of my friends were killed around me in the jungle when I was still in my teens.’

And so it was. The Japanese advance into Burma was so rapid that his unit was cut off and defended themselves in the jungle as best they could. My father, a carpenter aircraftsman, was given rifle and bayonet and became a butcher. The memories gave him nightmares for the rest of his life. ‘It was like killing little boys,’ he once confided.

The mechanics of death are concealed from us. Even the killing of the Sunday roast, routine in many parts of the world, is done for us by others. As for dispatching another human, we shudder at the still images of ISIS knife poised near hostage’s throat, glad that we are protected from the killing itself.

The process of training an infantry soldier involves deliberate brutalising of otherwise sensitive mortals. ‘In, twist, out’, bayonet repeatedly practised with sand bags so that there is no hesitation when the target is live. And worse. That is what war is about, vile abhorrent killing of others, embarked upon with ‘a right intention of promoting good or avoiding evil‘ because the alternative is worse.

What do we expect from our military training camps from the motley collection of young men that formed their intake? Well trained legal scholars, capable of making a rapid assessment of the legitimacy of every move they carry out? Fearless circumspection and impeccable judgement whatever the situation? Or do we expect what we knew we were producing: quick-witted, brutal, sometimes callous killers who out of a mixture of frustration, self-preservation, expediency and honest desire to accomplish often hopelessly ambitious objectives act first and think little and late?

Marine A, Alexander Wayne Blackman, undoubtedly got it wrong when he killed a wounded Afghan combatant. It is quite proper that he be punished. Yet the life sentence for murder he originally was given was also clearly unjust and I guess that most of us were glad that he will be released soon after three years’ imprisonment. The punishment now falls within reasonable bounds.

But the mechanism by which the verdict has been changed from murder to manslaughter and the sentence reduced is a dishonest fudge. The fudge arises from a mindset wedded to perfectionism, the foolish notion that if only our laws were perfected and our judges perfect then life would be perfect. How far from the truth.

The Criminal Cases Review Commission decided that Sergeant Blackman had an ‘adjustment disorder that substantially impaired his ability to form a rational judgement’. No normal person reading the account of the appeal would take that view. Far from it. War and the training for it brutalises. Actions like that of Sgt Blackman are sad but an inevitable consequence. Mandatory life sentences for murder applied to the reality of war? Nothing shows more clearly that no legislation can make the world perfect.