NewsPaperthe art of publishing
HomeNewsMark Ellse: Ofsted is like the Stasi. Dedicated to robbing teachers of...
4

Mark Ellse: Ofsted is like the Stasi. Dedicated to robbing teachers of their conscience 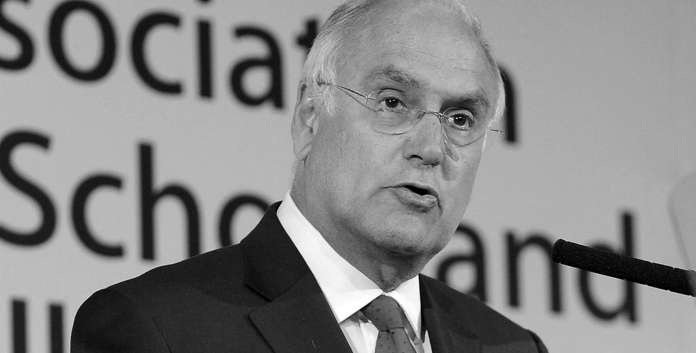 Decades ago I employed a Bulgarian teacher. One day, irritated by some petty regulation, I quipped: “This country is like being in the Soviet Bloc.” My mild comment precipitated a torrent of rage from the normally reticent Bulgarian. “You have no idea what it was like under communism! The petty officials ruled everything. There was no recourse to reason, or even common sense. We had  to do and pretend to believe absurd things to show our submission to a corrupt and degenerate regime. It was a nightmare. One could never say what one really felt or thought.”

“One could never say what one really felt or thought.”

Of course, we know of the absurdity of left wing totalitarianism. The first casualty is always the truth. With Hitler there was no pretence. Arians were in: Jews, communists and gypsies out. Evil but obvious. But the Left is always working for the ‘greater good’. As I have said before, its intentions are so nice but misguided. When the left wing medicine of state control has made a country sick, the failure has only been because insufficient has been prescribed. A little state control has failed, so we must have more. The result is totalitarian chaos. No-one responsible for this dare face the truth.

But it is worth thinking about what conversations went on while the mad dictators exerted their absurd rule. Under Mao’s ‘great leap forward’, what on earth did the officials think when they were compiling figures to show that steel production did indeed match Mao’s preposterous targets? Did they dare, even among themselves, mutter that the whole exercise was mad? One suspects not: such dissidents would quickly find themselves off to a detention camp for ‘re-education’.

An ex-policeman told me why he left the force. “It was all targets, never about sensible policing. You could never question things that were stupid. The only people who got on were those with no conscience, who did their job without thinking about it.”

One sees, daily, the humiliation of public sector workers who have reservations about the State’s current obsessions with ‘equality’. To work for the State one has, now, to sacrifice one’s freedom of conscience.

Those of us in education labour under Ofsted, whose strapline is the risible Raising standards: improving lives! A few days ago I was talking to another Eastern European who was about to carry out a task. “It’s a complete waste of time but it’s for Ofsted. One has to do stupid things that none of us agree with, following the silly orders of petty officials with no recourse to any sort of appeal. This country is becoming like Eastern Europe under communism. One dares not say what one really feels or thinks.”

It was no quip.