NewsPaperthe art of publishing
HomeNewsMark Ellse: As sex education becomes ever more explicit, pornography is not...
4

Mark Ellse: As sex education becomes ever more explicit, pornography is not far away 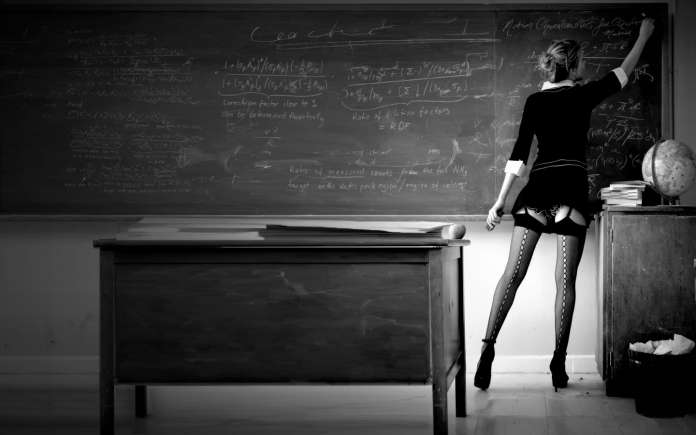 As it proudly says on its website, ‘The Telegraph is campaigning for better sex education in secondary schools. We are calling for David Cameron to convene a group of experts to update the sex and relationships teaching material to reflect the digital era we live in.’

The Labour party wants to introduce sex education at the age of five: for the Liberals it is seven. It’s an astonishingly early age when those of us with a few years behind us think about the age at which we learned even the basic facts of life. Yet from our own generation has come liberal abortion and divorce laws and an astonishing change in attitudes to homosexuality. Our generation was neither sexually ignorant, nor illiberal. What on earth is the motive behind the demand for so much more sex education?

A wise old head was bold enough to write in his sex and drugs education policy: ‘We expect, when we teach science, for it to develop an interest in the children. We want them to go out, to find out more, to experiment. The more we teach them, the more they want them to be interested. And so, other than warning children that they should not take drugs and should avoid sexual behaviour until they are very much older, we avoid stimulating interest and activity, We say less rather than more.’ A thoughtful perspective, but it wouldn’t survive today’s Ofsted.

Peter Tait, head of Sherborne Prep School, writing in The Telegraph recently says: ‘Too much information destroys childhood innocence’. It’s an understatement. In fact much sex education is exposing children to sexual material which will inevitably lead to sexual arousal. That may not be its aim, but it is its inevitable consequence. We are exposing children to pornography.

When we examine the motives of the sex education industry, it is not difficult to see the causes célèbres they champion. ‘Fewer than a fifth were taught about lesbian, gay, bisexual or transgender relationships in school,’ says the vice president the NUS. The chair of the Sex Education Forum, laments that children are sadly leaving school with little or no discussion of ‘Consent and relationship safety.’

After some decades of teaching, I am not sure how to teach children, in today’s phraseology, that ‘No means No.’ It’s a pretty obvious thing to understand but my experience is that children of all generations are, in general, wont to cross boundaries. I advise them to work hard: some do, some don’t. I tell them not to use liquid paper, but they do it. They even walk across the school lawn when I tell them not to. After telling them, one has to rely on deterrent. When I was at school, the cane was common, and a reminder that carrying out a forbidden act could have painful consequences. Whether or not this was effective, who can tell? But punishment is the only obvious way of deterring those in a society from breaking the rules. Certainly talking about the rules and nagging children has little effect.

On the subject of same sex relationships, the issues are very much clearer. My children don’t remember not knowing about the physical heterosexual act because they had a delightful children’s book with the relevant bits of the body and a pair of jigsaw pieces that showed the parts mating. Other children don’t have early sex education from their parents and the reaction of children to being taught the mechanisms of reproduction varies. If it happens before they are sexually aware, there is little comment. The ideas hardly register. It is a fact but a distant one because it has no immediate relevance. With very rare exceptions, usually with those who have some sort of aberration, they don’t connect the information with themselves, or their parents. It is an abstract and irrelevant fact that may not even be noticed, much less retained.

So, if we were to introduce the idea of gay relationships early on, we would be faced with a number of issues. The first is that there is a reason for heterosexual intercourse that children can relate to. It is to make a baby. That’s a concrete issue. Children can understand it. There is, however, no such reason for homosexual relationships. It answers no question that five- or seven-year-old children can easily relate to because they have not yet come to that stage in their own development to be able to relate to sexual-emotional bonding.

If sex education had the aim of, say, making children ‘more accepting’ of gay relationships, the lessons would have to be led quite powerfully in a particular way. No longer would one be gently conveying the mechanism of reproduction, one would be trying to shift attitudes, something it is very hard to do.

Another difficulty that one would have in making children more accepting of gay relationships involves the nature of homosexual acts. In the language of an infant, or even a junior, child (and that’s what we are talking about) are we really going to talk about someone putting ‘their willy up someone’s bottom’? (The reader can think of his own descriptions of other acts.) In the infant school children are focusing on wiping their bottoms, keeping their hands clean and not putting dirty things into their mouths. They would regard homosexual acts as gross. Unnatural. And because children are like that, they would say so in so many words. It is hard to imagine this furthering the acceptance of homosexuality.

Of course, this level of detail is inappropriate for an infant child. But would it be considered appropriate for an eleven-year-old? Certainly, so far as we are aware from recent inspection questions, Ofsted would consider it appropriate. Others would strongly disagree.

At some level, these questions would arise. And the sex education industry would have us answer all of them. As in other subjects, teachers would encourage children to inquire more. A friend’s son, at the age of eleven, wanted to shock his father with his knowledge of what a blow job was. The father had been a science teacher for too long to have turned a hair. But he had a choice at that point. He could use it to explore all the possible sex-related issues that could be considered or, as he did, dismiss it as irrelevant at the time knowing that, at the appropriate age, such questions would be properly tackled.

Undoubtedly, the sort of extensive discussion that the sex education industry lobbies for would certainly have effects. These effects would be broader than simply enabling our children ‘to make responsible and well-informed decisions’. Teaching children about homosexual acts would remove inhibitions about homosexuality and the gay lobby would regard this to be a good thing. Certainly, more homosexual activity might produce more acceptance of same sex relationships in society. But more information does not produce better informed decisions if it leads to more early sexual activity where strong adolescent sexual desire is a more powerful influence than more mature reflection.
As we all find, pornography encourages interest and experimentation and often leads us away from where we would best like to be. For those who regard sexual activity, of more or less any type, to be perfectly acceptable, more sex education will be regarded as a good thing. For those who regard marriage as the proper place for sexual activity, much sex education takes children in the wrong direction.  One may hesitate to use the words ‘deprave and corrupt’, but sex education is becoming pornography and we need to say so.

Share
Facebook
Twitter
WhatsApp
Email
Previous articleLaura Perrins: After Harriet’s Barbie Bus, Dave has given me a peek inside his Blue Van
Next articleKathy Gyngell: Mrs Thatcher is no feminist icon but a hero to social conservatives everywhere