NewsPaperthe art of publishing
HomeNewsMark Ellse: The decline and fall of the West’s empire
8

Mark Ellse: The decline and fall of the West’s empire 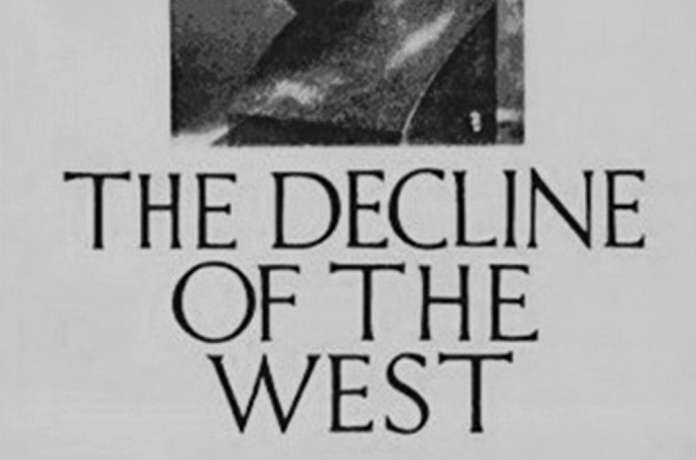 Few of us could listen without at least an inward cheer to Andrew Neil’s resounding proclamation of the innate superiority of French civilisation as compared to that of Islamic State (Isis). France gives us culture and sophistication from Berlioz through Monet to Zola: ISIS gives us beheadings, crucifixions and mass murders, a death cult barbarity that would shame the Middle Ages. It is a chilling contrast. Against this, some of the political polarisations of recent decades seem comparatively mild. We may remember the opening of the Berlin Wall and the successive falling of Soviet Bloc regimes. For those of us that observed it, the end of the Ceaușescus in Romania in 1989 seemed to combine both elation and poignancy, perhaps because it occurred over Christmas. It seemed like the end of an era of repression.

Small wonder that Margaret Thatcher felt able to celebrate the Western way of life. “Capitalism made our peoples prosperous at home and enabled us to feed the hungry abroad. Socialism, by contrast, proved the road to poverty and serfdom,”  she said in 1991 to the Hoover Institution. Different in magnitude, Thatcher’s contrast, may be to Neil’s but it is similar in nature. He said:

“Isis…or whatever name you are going by…I am sticking with IS as in Islamist Scumbags, I think that the outcome is pretty clear to everybody but you. Whatever atrocities you are committing, you will lose. In a thousand years time Paris, that glorious city of lights, will be shining bright as will every other city like it, while you will be as dust along with the other ragbag of facists, Nazis and Stalinists that have previously dared to challenge democracy…and failed.”

Andrew Neil’s view is robust and confident. Quite realistic as well, particularly in view of the apparently clear UN opposition to Isis. Few of us would place a fiver on the longevity of Isis, another one to add to the ‘ragbag of challenges’ that democracy has already seen off. But both Neil’s and Thatcher’s statements imply something that is more than a victory for the moment. They imply the fundamental superiority of, in one case, capitalism and, in the other, democracy. Given that we have something of both, are we for ever safe in their hands? Or is it rash triumphalism to speak so?

What was it like towards the end of the Roman Empire? One side stood on the heritage of Cicero, Augustus, Pliny and Aurelius. One had Trajan’s forum, Caracalla’s Bath, hypercausts and engineering feats like the 250 km aqueduct to Constantinople. But the signs of decay were there. The Empire failed to defend its borders.

What did the average Roman citizen think about the Germanic tribes in the north? Perhaps not a lot. No rugby world cup or Strictly, of course, but the circuses kept them amused. And bread was plentiful. Was it really worth taking the trouble to engage in unnecessary conflict?  In any case, war is expensive and the treasury was skint. Too much had been spent on a booming bureaucracy and the finery of regional palaces. It all sounds uncomfortably familiar.

Share
Facebook
Twitter
WhatsApp
Email
Previous articleBelinda Brown: Feminist bullies and the pernicious myth that sexual morality is just about ‘consent’
Next articleCraig Byers: Make any joke you like on the BBC. As long as it’s against the knuckle-dragging anti-Europeans