NewsPaperthe art of publishing
HomeNewsMark Ellse: The price of a multicultural society is authoritarian rule
28

Mark Ellse: The price of a multicultural society is authoritarian rule 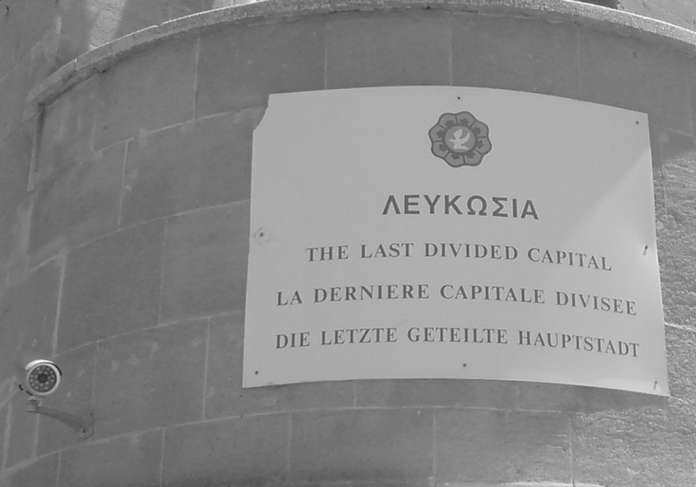 The border between Greek southern Cyprus and the Turkish north is reminiscent in so many ways of the Berlin Wall. True the passage between north and south is now easy. No longer is a visa required and the formalities, even in an age of terrorism, are little more than one experiences at any non-Schengen border. Any border like main Metehan crossing with its long strip of no-man’s land tends to remind me of the Glienicke bridge but in central Nicosia the similarities to a divided Berlin are indisputable.

Roads end abruptly in walls of sandbags surmounted with barbed wire. Buildings adjacent are demolished or boarded so they do not bridge the barrier. Straddling the border, shopping paradise Ledra Street, ‘Murder Mile’ in the 1950’s under British rule, has an easy pedestrian crossing. But walk a few streets away and there is there are disconcerting sentry boxes manned by soldiers with blank faces and very real machine guns.

From time immemorial Cyprus was a single country with occupying powers from the Greeks and Egyptians through Romans to the Ottomans. Nearly a century of British rule ended with independence in 1960. But the deposing of a strong ruling occupier was the undoing of unity. When Greek-led EOKA terrorism had ousted the British, too many wanted to see the back of the Turkish and achieve enosis (union) with Greece. A coup d’état in Cyprus with Greek junta support precipitated the Turkish invasion in 1974 and resulted in partition of the country. Since then the two halves have developed separately.

Today, when one compares the two sides of the Cyprus border, there is no doubt that one is experiencing two countries which are remarkably different, especially considering how short the few decades of separation are compared with the millennia of joint history. There are the obvious differences of currencies and language. And no other barber is like a Turkish one who waxes one’s nostrils and ears as a matter of routine, or sometimes singes off the hair, an experience that can be painful enough to cause one to accept asymmetry rather than to have the second nostril depilated.

Neither part of Cyprus is overtly religious. The well-funded but apparently moribund Greek Orthodox church in the south contrasts with the minarets and the calls to prayer in the north but the crowd of young men on a Friday evening waiting outside Nicosia’s Selimiye Mosque (constructed as Cathédrale Sainte Sophie) were waiting to enter the local restaurant together rather than for Friday prayers. These observations are symptoms not the root cause of any fundamental differences. In ways that are deeper that one can define, the two parts of Cyprus are clearly different countries. Unlike the two sides of Berlin, whose differences in some ways were equally marked, one can never, ever imagine the two halves of Cyprus becoming one again for they are clearly two separate cultures.

One can see how the two cultures lived together in the past. Under the Ottomans or the British both Greeks and Turks knew their place. It was like Yugoslavia under Tito. Tito showed little reluctance to use force but, as any citizen would tell you in the late 1980s before things blew up, ‘at least he kept Yugoslavia together.’ It was like Malaysia under Mahathir Mohamad, Iraq under Saddam Hussein, India under the Raj. (Where on earth did that fashionable idea come from that all the British did in their empire was to raid their economies?) But democracy is such an unstable form of government, especially when there is a society where one culture predominates. Eighty per cent of Cypriots are Greek. Any electoral systems puts the Greeks in a dominant position from which they can seek their own ends and in which the Turks inevitably feel threatened. Look how hard we find it to keep Northern Ireland together.

This nirvana of multiculturalism, is it not wishful thinking? Can one have a society with more than one culture? How can a society embrace equally those who wish to have women covered up and those who wish them to wear as little as possible? Given a free vote as to whether we should stun animals before slaughter or not, would not one single view prevail and the minority feel aggrieved? Are we not building a society like Cyprus which could only be held together by a strong authoritarian government but was unstable under democracy?

Might authoritarian government be the necessary and inevitable consequence of multiculturalism and our current equalities legislation be the thin end of the wedge?