NewsPaperthe art of publishing
HomeNewsMark Ellse: Some things never change. The Romans bribed their voters too
1

Mark Ellse: Some things never change. The Romans bribed their voters too 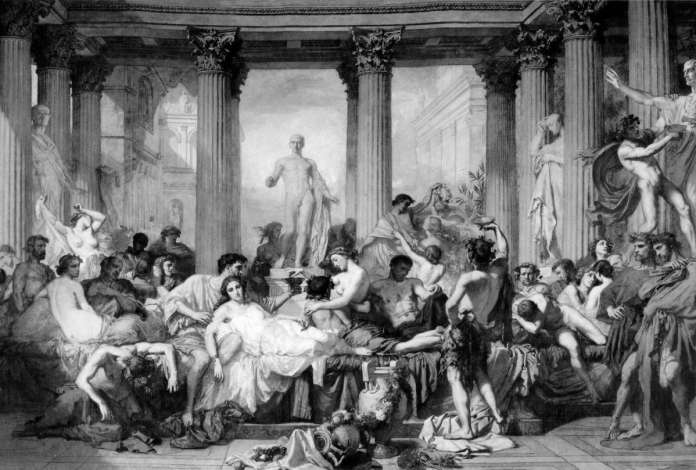 I was talking to a septuagenarian friend the other night. ‘You know, I feel it is wrong not to vote but I really don’t know who to vote for. All this business about benefits for well-off pensioners. It’s not the right decision. One knows that we don’t need it. They just think that we are more likely to vote than the young people and they are trying to buy our votes.’

I knew exactly what she meant. For me that moment came just before the 2010 election with the promise that there would be no expansion of Heathrow in what is the current Parliament. I used to live on the Heathrow flight path but one can’t ignore the the reasons for a third runway. The avoidance of the issue, by prime minister or serving mayor, seeks to win votes on flight paths rather than make a necessary but unpopular decision.

As well as being wrong, aren’t bribes to the electorate also electorally unproductive? Would not so many of us be much more willing to vote Conservative, were there a clearer moral compass? Subsidies for childcare or promises of income and inheritance tax reductions may be attractive but wouldn’t we be more inclined to vote for politicians who said, honestly, that the the right thing is no longer to run up bills that our children will have to pay?

In AD 193, it reached the ears of Didius Julianus that the Praetorian Guard would dispose of the Roman world by public auction. And Julianus secured the prize by offering a thousand drachms more than Sulpicianus. Surely we have more moral direction than the Praetorian Guard?