NewsPaperthe art of publishing
HomeNewsMark Ellse: We’ve had enough of democracy. Give us a king
9

Mark Ellse: We’ve had enough of democracy. Give us a king 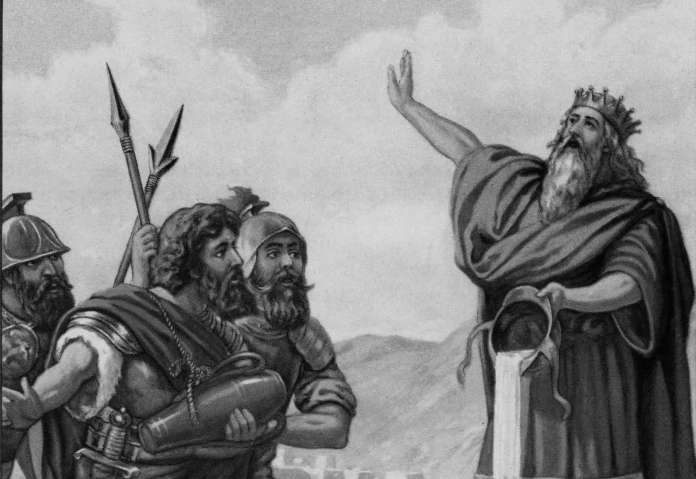 ‘A king, that’s what we want! Like other nations!’ cried the people of Israel, suffering from poor leadership and corruption among the priests. And 1 Samuel 8 shows that their request was ultimately successful. Less well known is the earlier petition for democracy.

When Samuel grew old …his sons did not follow his ways. They turned aside after dishonest gain and accepted bribes and perverted justice.

So all the elders of Israel gathered together and came to Samuel at Ramah. They said to him, “You are old, and your sons do not follow your ways; give us democracy, such as all the other nations have.”

But when they said, “Give us democracy,” this displeased Samuel; so he prayed to the Lord. And the Lord told him: “Listen to all that the people are saying to you; it is not you they have rejected, but they have rejected me.

As the Lord had told him, Samuel warned the people. “This is how your democratic leaders who will reign over you will behave: They will believe they have an authority greater than any king because of their ‘democratic mandate’, and since this is their claim to power, they will regard it as sacrosanct and any minority opinion as a threat. They will expand the machinery of the state to take control of all of your lives. They will take both your sons and daughters, for their god is equality, and make them serve with committees, quangos and regulations. At first they will be ‘public servants’ pretending help and assistance. Soon they will harsher than any king, instructing you on what you should eat and drink, how you should raise your children, what you may say or think.

Their palaces, be they in Jerusalem, London, Edinburgh or Brussels, will be more glorious than those of any king. Like a king, they will take the best of your fields and vineyards and olive groves and give them to their attendants. But where a king would take a tenth of your grain and of your vintage and give it to his officials and attendants, a democratically elected leader will want half. The only aim of their decisions will be to preserve their short term democratic mandate, so they will spend money like water until the well runs dry. When that day comes, you will cry out for relief from democracy, but the Lord will not answer you.”

And the people listened in horror to Samuel’s vision of democracy and shuddered. They quietly negotiated with him. ‘We can see the problems with democracy. What if we ask for a king instead?’

Share
Facebook
Twitter
WhatsApp
Email
Previous articleCaroline Farrow: This baby should never have been torn from her mother’s breast
Next articleLaura Perrins: Why I voted for Ukip