NewsPaperthe art of publishing
HomeNewsMark Ellse: Why A-levels have got easier
3

Mark Ellse: Why A-levels have got easier 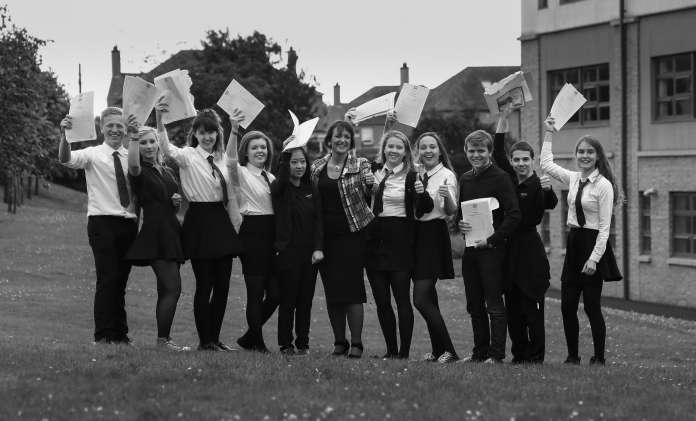 Over the last few weeks, Cambridge University staff have begun talking openly about abandoning an examination that bears the name of their own institution. The Oxford and Cambridge Schools Examinations Board, along with other university examination boards, started offering A-levels in 1951 as standard entrance tests for university entrance. Today the exam board continues to offer A-levels. Now a profitable operation, the OCR exam board is the last of the English examination boards to bear the name of a university. Still based in Cambridge, OCR retains little of the university involvement other than the name. Cambridge University itself knows full well that it can no longer rely on its A-levels to select students for its courses and the university and its senior tutors are talking about replacement entrance tests. As one professor said, ‘What people are concerned about is whether the A-level exam results still mean quite the same thing as they used to mean.‘

All, I am afraid, too true. Thirty-five years ago I happened upon a pupil I’d taught a couple of years previously in my last teaching post. I enquired what she was then up to. She explained that she’d got DDD at A level – biology, chemistry and physics – and was retaking them to get them up to CCC so that she could go to medical school and train as a doctor.

CCC to get into medical school? It seems absurd. Nowadays the requirement is AAA at a minimum but in practice some A* grades are almost always required. What on earth has happened? Are we really requiring much higher standards of today’s doctors? Have standards improved so much that students who now enter medicine are so much better qualified than students were a couple of decades ago?

In fact, as the professor’s quote above says, A-levels are not what they used to be. A student in 1980 who got CCC at A level had achieved something worthwhile, certainly enough to train as a doctor. Nowadays CCC is roughly the minimum requirement to start any university course at all, perhaps even easier than the EE minimum that was the minimum university entrance requirement thirty-five years ago.

It’s not an easy job setting exam standards at A-level. And it is certainly quite impossible to keep standards the same over time. Forty years ago, around 10 per cent  of the school population took A levels. Nowadays the percentage is nearer 40 per cent. Of course we would all wish that taking an A-level course would automatically educate pupils to a high standard but it isn’t as simple as that. When A-level was only taken by the brightest, standards could be kept high. If four times as many take A level, what are examiners to do? Should they maintain the old standards and fail three quarters of the candidates? I am afraid that that is quite impractical. If the government decrees that many more take A-level, the inevitable consequences is that examiners have to make A-levels easier.

Share
Facebook
Twitter
WhatsApp
Email
Previous articleStella Morabito: Fear powers the PC machine. Hollywood helps deliver it
Next articleRob Slane: Hold your tongue or we will set the law on you