NewsPaperthe art of publishing
HomeNewsMartina is right. It’s plain wrong to have men competing as women
187

Martina is right. It’s plain wrong to have men competing as women 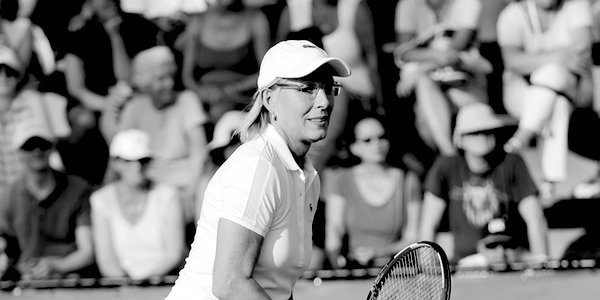 WELL now at least it’s official. A human being in possession of a penis (formerly known as a male) is not necessarily ruled out of competing as a female when it comes to international sport.

According to a report last weekend, next year’s Tokyo Olympics are likely to have the Games’ first trans competitors under rules that say a trans athlete need no longer have surgery to qualify as female but must instead demonstrate lowered testosterone levels. The detail was contained in an article about how nine-times Wimbledon singles champion Martina Navratilova has condemned as ‘insane’ the practice of permitting male-born trans athletes to compete against biological women. Predictably, she has provoked outrage from the mob for her alleged ‘transphobia’.

In particular, the tennis star has found herself the target of what she describes as bullying tweets `like incoming fire’ from a Canadian academic and transgender cyclist. Rachel McKinnon was the winner of the Masters Track cycling world championship in Los Angeles late last year in the 35-44 age category. It was a controversial result not least because the woman who was pushed into third place said it was `not fair.’ Navratilova had herself previously tweeted that `you can’t just proclaim yourself a female and be able to compete against women’. McKinnon, who retains her male anatomy, has accused Navratilova of being `transphobic’ and has demanded an apology.

It is to Navratilova’s credit that she refuses to be intimidated out of stating the truth. She maintains that it is just not enough to talk about simply reducing hormone levels, pointing out: `A man builds up muscle and bone density, as well as a greater number of oxygen-carrying red blood cells, from childhood.’ Her assertion that there are trans athletes out there who ‘have already achieved honours as women that were beyond their capabilities as men, especially in sports in which power rather than skill is paramount’ may be incendiary to the transactivist movement, but it doesn’t make it a truth that shouldn’t be articulated. A women’s top football team will not be a match for a men’s top team because the women who make up that team have not grown up as testosterone-loaded boys with a depth of footballing standards where they have gained experience and honed their skills.

The International Olympic Committee’s charter holds that `the practice of sport is a human right’, though it is unclear how it can be fair when women have to compete against people who remain, biologically, men. Navratilova acknowledges that the notion of the level playing field in sport is something of a myth, given that the sporting elite are necessarily and undeniably gifted in their lucky blend of genetic inheritance and their psychological capacity for the hard work of training regimes. That’s just the way it is. Trans or not we all have to live with the facts of those uncompromising biological realities.

It really does not follow, however, that just because we can never have that utopian universal fairness in sport, we should give up on any quest at all for fairness and have biological men competing against women. If this happens then the message is quite clear. It’s about girls and women deciding that when it comes to sports which are about power, then it really isn’t worth spending hours down the gym any more. Trans women will be cleaning up. Not always, of course. But if even one woman athlete is done out of a medal because she has been up against a trans athlete, that is one too many. That is not fair.

Quite rightly, Navratilova has drawn a distinction between trans athletes who remain biological men and such athletes as the Olympic 800m champion Caster Semenya. The South African, who has hyperandrogenism, is said to be a target of the International Association of Athletics Federations; its new rule would require her to have hormone therapy to reduce her testosterone levels. The ruling would certainly be an injustice to Semenya. It’s difficult to see, after all, how this is different from making any other athlete undergo chemical adjustment so as to minimise their natural biological edge. What next? Sticking with tennis, are we going to do something about the breathtaking bendiness of yoga king Novak Djokovic when he’s at full splay for a topspin forehand? Or advise overly rangy juniors that if they want to make it on to the senior tour then they need to start taking hormones to inhibit their growth? That’s to prevent them having too much advantage when it comes to blasting aces. This is the sort of nonsense you get when you decide you know better than nature does.

The point was well made on Tuesday’s Radio 4 PM programme by Sir John Burn, professor of clinical genetics at Newcastle University. The piece had earlier been trailed by Evan Davies as an explanation by a scientist on `how easy it is to categorise someone as definitively male or female’. Professor Burn said what anyone with a knowledge of biology would have expected him to say about XX and XY chromosomes, adding that there were also intersex people (ambiguous genitalia at birth) whose conditions ranged from occurring one in every few thousand to one in hundreds of thousands. He added that Semenya, although she has naturally occurring high levels of male hormone, does have chromosomal grounds for claiming to be female and it is unreasonable to expect her to undergo hormone therapy. `We just have to accept that some people have a biological edge,’ he stated.

We do, so long as that biological edge is not about someone who remains a biological man sweeping up the trophies and the awards because the contest has been against biological women. If that keeps happening, then it really will be time for sportswomen such as cyclists and weightlifters to throw in the towel.

Share
Facebook
Twitter
WhatsApp
Email
Previous articleWell done, Air Marshal Sue. But why fly the gender kite?
Next articleJohn Humphrys has been seduced into the war against truth and reason