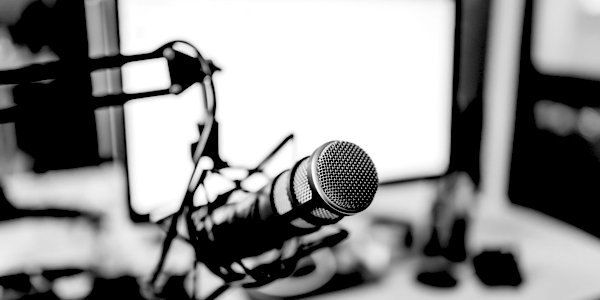 DURING April, TCW highlighted that the marvellous Mark Steyn had tweaked his usual formats to release a series of polemical podcasts. Initially a response to the coronavirus clampdowns, and introduced as an ‘audio almanac for these contagious times’, the rapid onset of national and international nihilism – or what the BBC, CNN, MSNBC and the Democratic Party viewed as ‘largely peaceful protests’ – soon meant Mark was recording requiems for American civilisation.

Broadcast twice- or thrice-weekly, earlier this week Steyn released the fiftieth edition, which he commemorated (rather than celebrated, given the subject matter) with a chronological compilation from his previous philippics, all of which are recommended listening. What follows are extracts from Mark’s mordant chronicling of what he terms the ‘march of the morons’ during the ‘summer of stupid’.

‘The Prince of Wales tested positive for Covid-19 . . . if Prince Charles can get it, anyone can get it. Except, curiously, on the Chinese Politburo.’

‘If you’re used to vain attempts to give up booze or cream buns for Lent, this year is a little different . . . All over Christendom, public observations of Holy Week are being cancelled, by the Church’s order if not the state’s.’

‘It’s Good Friday in a Christendom on lockdown, where churches are “non-essential” and thus must stay closed. Police in Mississippi raided drive-through services . . . and issued $500 tickets to each vehicular congregant.’

‘The Social Justice Pontiff who leads the Church of Rome . . . says the coronavirus is nature’s response to our failure to act on climate change. If so, congratulations; it’s worked. Another few weeks and the developed world’s carbon footprint will be close to statistically undetectable. On the other hand, the world’s largest polluter appears to be getting off scot-free . . . I say it again: let’s quarantine China, not your Auntie Mabel.’

‘In Britain, the nightly prostration before the National Health Service seems to have become the equivalent of the Islamic call to prayer. Do you have to kneel in the direction of the Ministry of Health, with your bottom in the air and a rectal thermometer pointing out of it?’

‘The chamber of commerce Right assured us that giving China a big piece of the capitalist action – really the biggest piece – would make China more like us, whereas we’re getting more like China . . . multinational corporations are now as scared of offending the Politburo as the most wretched Chinese peasant.’

‘While we’re yakking about misgendering, Beijing has stolen the world from under us.’

‘Shelley Luther (a Texan who defied orders to close her “non-essential” hair salon and refused to apologise to a judge) decided to go to jail rather than give a public recantation she doesn’t believe in. What a country – they’re releasing rapists and jailing hair stylists.’

‘Minneapolis is burning, as are other American cities across the map . . . A land of contrasts: it is illegal for an American citizen to drive to his business and open the store, but it is apparently permissible for other citizens to bust into that store and loot it while law enforcement stands around and watches . . . In the same land, the same coppers are dispatched to close down churches.’

‘“White supremacy is a lethal public health issue which predates and contributes to Covid-19,” write dozens of the same American public health officials who were yakking about social distancing and self-quarantining until about 48 hours ago . . . give it another week and white supremacy will be the sole cause of Covid-19.’

‘Watching police chiefs taking a knee before street mobs is more than disturbing. Unlike Colin Kaepernick (the former gridiron player who in 2016 began the pantomime), these guys are kneeling before their masters.’

‘Who is the last man standing in the Western world? He may be a metrosexual globalist dinky-boy, as delicate as bone china, but unlike the grovelling appeasers of the American Right, he knows how to draw a line . . .

. . . He’s grasped the stakes here. I would love to hear an American President or Canadian Prime Minister talk half as butch as that.’

‘Hans Christian Heg . . . a leader of the “Wide Awakes”, the anti-slavery militia that disrupted the activities of many slave-catchers . . . made Colonel of the 15th Wisconsin, the so-called Scandinavian Regiment . . . mortally wounded in battle . . . A statue was put up on the approach to the State Capitol in Madison to honour a life-long abolitionist who gave his life for his country. Last night a depraved, grunting, know-nothing mob came for Colonel Heg; they brought down the statue, decapitated it and threw it in a lake. The march of the morons continues . . .’

. . . ‘That’s Ms Lorraine Jones on Sir Winston Churchill: “I haven’t personally met him.” But I did have a pina colada with Neville Chamberlain and I once did the macarena with Lord Halifax.’

‘The Royal Navy determined in the nineteenth century to end worldwide slavery . . . Slavery was ended by white men . . . We should be putting up statues to those guys.’

‘Maybe it would just be quicker if Black Lives Matter just told us the three or four things we’ll be able to keep.’

‘Independence Day on a not-so-Glorious Fourth . . . lockdown has eased but there are thousands on the streets of American cities who reject the American Ideal, starting with the Declaration.’

‘The Sports Illustrated Swimsuit Issue has its first transgender model . . . it’s not altogether clear whether the “lady” in question has gone all the way, if you know what I mean. But that’s okay, because nobody else in American sports, from the owners to the fans, appears to have a set of cojones.’

‘China lied, people died. You know, we could have an election on something consequential, because our principal strategic enemy is killing Americans right now. To put it in Trumpian terms, how about a commitment to take back from China the leadership of the global economy?’

And in the time it took to transcribe these quotes from his first fifty, the unceasing Steyn released edition number 51, which bitingly begins:

‘The bifurcation of our society continues: for the mob, there are no laws; for you, there are ever more – including laws on whether or not you can leave your home and what you’re obliged to wear if you do leave it.’

By turns sorrowful, sardonic and scathing, Mark’s montage of his half-century can be heard here. For his latest lament, listen here.