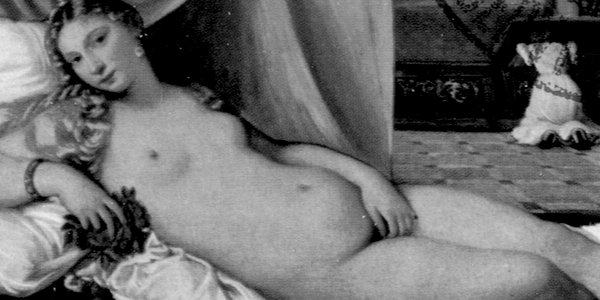 MARY Beard’s Shock of the Nude series has just kicked off on BBC 2. In a way it really is shocking. Not quite in the way, though, that was intended. It turns out that our celeb classicist is not as clever as the Beeb believed when it commissioned her for the programme.

From what was on show in the first of two episodes, Mary is intent on being more than usually contrary. She has a feminist and politically correct axe to grind. Nudity in art is her weapon. It is used as a vehicle for her to exorcise what appear to be rather a lot of feminist ‘hang-ups’ about sex and masculinity.

In the public interest, and all in the best possible taste, of course, the Beeb lifts the lid on yet another sex scandal! Move over, Mandy Rice-Davies and Christine Keeler. Your programme time is up. It is now Beard’s turn to shine a light into the dark recesses of depraved, white, Western masculinity. Via our TV screens, she will show us what really lurks behind the so-called respectable world of art appreciation.

An on-screen warning states: ‘Contains some nudity’. In her opening line the professor underlines this promise: ‘There are an awful lot of naked bodies in Western art,’ she affirms.

Nudity or semi-nudity in medieval art is largely represented by Adam and Eve’s expulsion from the Garden of Eden, the infant Jesus, Christ on the cross and the tormented bodies of the damned being dispatched into hell. Sexy? Titillating? Pornographic? The truth is that here we have a thousand years of art, much of it glorious, but singularly unerotic.

Bang goes Beard’s theory, then! She has ditched a thousand years of Western art because it does not fit with her feminist proposition. Medieval madonnas were decidedly unsexy. They are not so different, in fact, from the depiction of naked motherhood in a wooden headdress from West Africa over which Beard swoons in her programme.

Its African provenance appears to make it worthy of admiration. Our more demure, clothed, medieval madonnas do not qualify for a mention even though they share qualities with the African art piece. Instead, Beard only wants viewers to know that Picasso’s response to African art could be highly sexualised, as in Les Demoiselles d’Avignon. For her, Picasso is degrading African art when, in fact, he is fusing it with a different, but, in artistic terms, equally valid, vision.

Beard selects works of art in accordance with her feminist credentials. She sees art through today’s politically correct lenses and she is far from generous or understanding in her judgments.

True, in the West, art did heat up from the mid-fifteenth century. Beginning in Florence an element of eroticism was part of the artistic liberation that we describe as the Renaissance. Celebration of the human form was inspired by the pre-Christian ancient world. It allowed Renaissance artists to push the boundaries for secular patrons such as the Medici family.

This artistic liberation produced stunning artwork but it did not last long. Following the sack of Rome in 1527, Michelangelo’s artistic celebration of nakedness came to an end. His Sistine Chapel’s ‘Last Judgement’ presents us with the despair and vulnerability of utter nakedness that comes with damnation.

In A Tramp Abroad, Mark Twain humorously suggests it was painted for a brothel. He adds that it was probably turned down because it was ‘a trifle too strong for any place but a public art gallery’.

But who cares that art is sometimes titillating and sexy? This only reflects life. Mary Beard needs to chill out and to stop whipping up feminist fervour and resentment against men. She also needs to do her homework. Throughout most of history, Western art has more often been characterised by censorship and constraint than by exploitation of the naked form for the titillation of men.