Mary Beard’s problems with the P-word 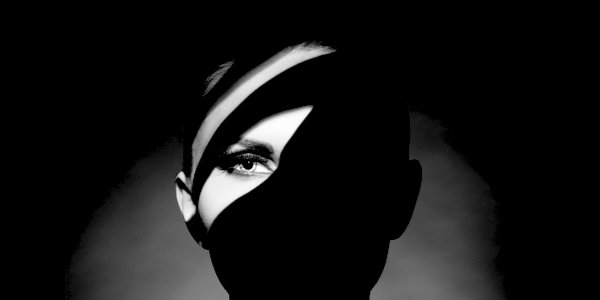 Why do social justice warriors so often want to try to change the world by changing the meanings of words? Don’t they understand that words are just labels, they’re not the realities?

This thought occurred to me again this week as I read Mary Beard’s latest offering aimed at a popular audience, Women & Power. ‘A manifesto’, apparently.

I read this little book – pushed under my nose by Waterstone’s in Oxford – in part to discover what is exercising feminists at the end of 2017. What with women now outnumbering men at our universities, earning more up to the age of 30 (when family priorities start to alter the balance), and ever more present in positions of power, I was intrigued to learn what feminists now regard as the main barriers still faced by women in our society.

It turns out, at least for Mary Beard, all these advances in the social standing of women, do not amount to any fundamental change in the relationship of the female sex to power. For, according to Professor Beard, women in 21st century Britain are still, save for a few notable exceptions, excluded from power. And the reason is how we as a culture define power. ‘My basic premise,’ she explains, ‘is that our mental, cultural template for a powerful person remains resolutely male.’ So pervasive is this cultural template that it is even internalised by radical, lifelong feminists such as herself: ‘It is still hard,’ she confesses, ‘for me to imagine me, or someone like me, in my role.’

The answer to this problem? To redefine power. For ‘if women are not perceived to be fully within the structures of power, surely it is power that we need to redefine rather than women?’

Quite how Mary Beard plans to go about redefining a basic social reality such as power is never fully explained. For, plainly, it is quite impossible to alter the nature of a thing merely by changing the label you attach to it. If you redefine the word ‘power’ all you’ve done is change what the word refers to, you haven’t changed what power (as you used to call it) actually is. And all that does is leaves you needing another word to refer to what you used to call power – and confuses everyone in the process.

So what exactly does Professor Beard think is the problem with the current definition of power? Unsurprisingly, that it is much too favourable to men and insufficiently amenable to women. You see, we as a culture have come to treat power ‘very narrowly’, as an ‘object of possession that only the few – mostly men – can own or wield.’ This means that ‘on those terms, women as a gender – not as some individuals – are by definition excluded from it’.

Look, Mary, I hear your predicament – you’re not happy about the inherent advantage men have when it comes to power in our society – but it just isn’t possible to alter basic social realities like power to make them more amenable to women (or to anyone else). Power just is what it is – the capacity to get things done – and it isn’t in anyone’s gift to change it, least of all by changing the meanings of words.

Many women are perfectly able to engage with this reality of power, and don’t need to call for its redefinition. These women recognise that power just is what it is, and that if they want to exercise it then, no less than men who want the same, they must adapt to its requirements, not (absurdly) expect it to adapt to how they would prefer it to be. What bothers Mary, along with many other feminist writers, is that men in general find this easier than women (for a number of reasons) and so more men overall find themselves in these powerful positions. But the world doesn’t always work the way we would like it to, and no good can come from using artificial and anti-meritocratic devices such as diversity quotas and positive discrimination to try to shoehorn more women into these positions at the expense of the men passed over because they are of the ’wrong sex’. Such an approach is transparently unfair to men, undermines women who achieve their position by their own merits, and is dysfunctional in over-promoting the mediocre to positions of responsibility.

Another of Professor Beard’s preoccupations in the book is the supposedly arbitrary association that our culture has made between authority and the depth of a speaker’s voice, tracing it apparently to ancient prejudices found in classical authors. But a little reflection reveals there is nothing arbitrary about this at all: it’s just an outgrowth of the basic physics of sound. Lower sounds typically come from larger things (because they have longer wavelengths), and larger things are generally stronger and project a greater sense of control. The voices of human beings also lower in tone (in women as well as in men) when they pass into adulthood. This natural association of depth with strength and maturity is something which women (and men with higher voices) who aspire to exercise power have to deal with and overcome as they seek to project their authority. It can’t be wished (or socially engineered) away.

My main observation on Mary’s manifesto, however, is the obsession it reveals amongst present-day feminists with power. Feminism today appears to be totally fixated on the notion that women as a sex ought to be in possession of at least as much power as men as a sex – even to the point of redefining power. But what good can come from such an enterprise? The differences between men and women in their relationship to power and their affinity with it mean that such a venture is doomed to fail. Rather than obsessing about power and which sex happens on average to have more of it, surely what we should all be obsessing about is how best to live together as human beings, as women, men and children together, in a society aimed at a common good. If we could all focus on that, rather than on unhelpful and anti-meritocratic distractions such as gender balance, positive discrimination and diversity quotas, then perhaps we could all just get on with living good and worthwhile lives, being productive and caring for our families. Now isn’t that a radical thought?